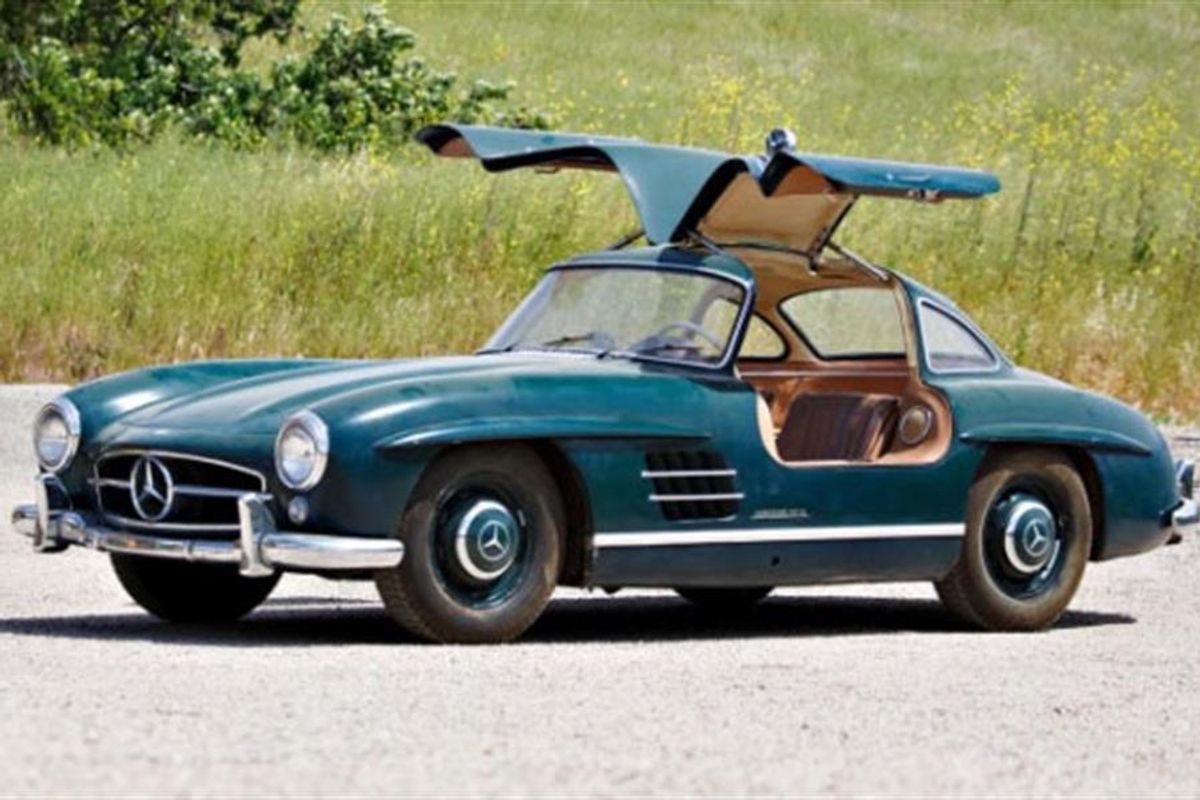 The story begins with a car-loving publishing executive living in the Midwest in the mid-1950s. When he ordered a 1955 Gullwing through Max Hoffman’s New York dealership, he eschewed convention and adamantly specified that his new sports car be outfitted in British Racing Green (DB 221) over tan leather. A rarely seen color combination among the total of 1,400 Gullwings built. Even more surprising, this Gullwing has accrued just over 16,000 miles from new and remains in original, unrestored condition.