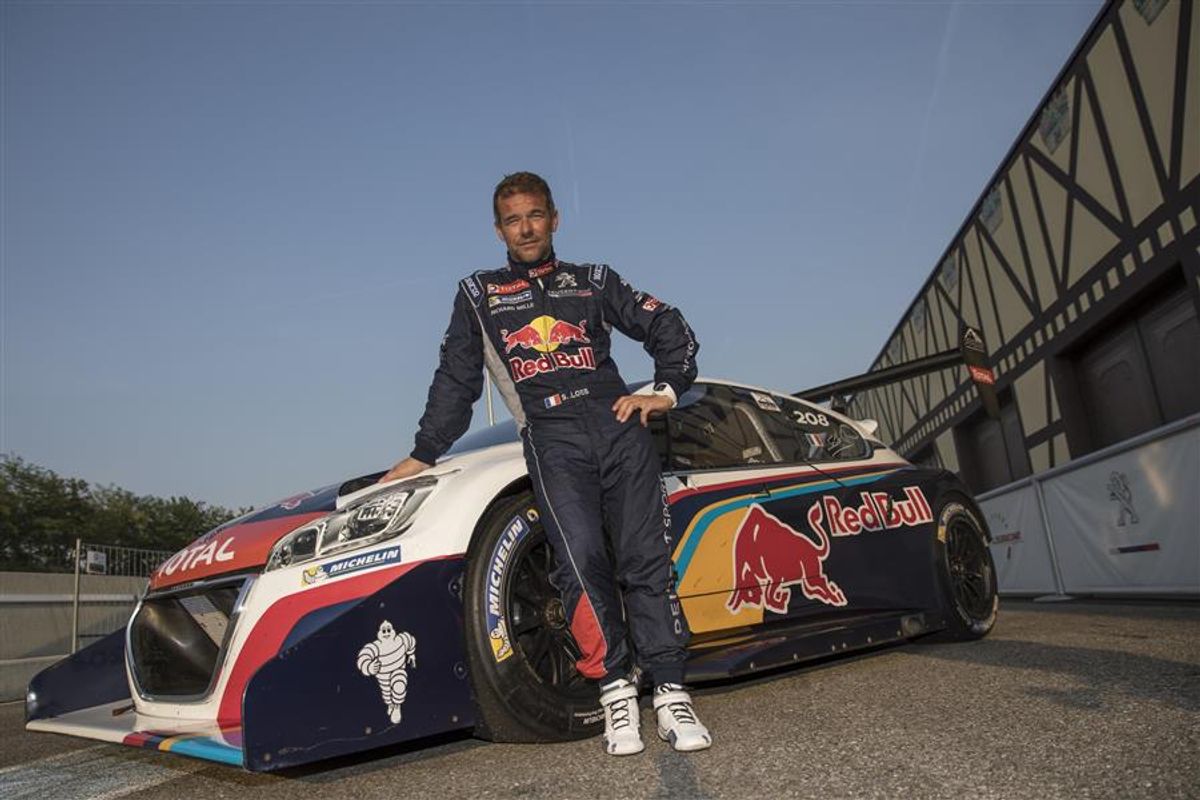 AT THE 2017 LES GRANDES HEURES AUTOMOBILES

Loeb will be in action in his record-breaking Pikes Peak Peugeot on the challenging banking Montlhery track on Saturday 23 September.

Examples of other significant competition Peugeots, representing more than 120 years of the French marque’s participation in motor sport, will be on display and in action at the LGHA, where the new road-going Peugeot 3008 made its dynamic world debut last year.
In addition to Peugeot, other car makers participating in this year’s LGHA will include Alfa Romeo, Tesla, Fiat, Effeffe, and many others.
LGHA’s unique partnership with UTAC CERAM, the owners of the Autodrome de Linas-Montlhéry circuit, will assure the LGHA’s presence at this unique venue for many years to come, with major support from other event partners, including the French motor oil firm Yacco, tyre company Michelin, and new for 2017, the historic motor vehicle auctioneers Aguttes

The 2017 LGHA will also see countless competition cars, single seaters, classic motorcycles and Group B rally weapons taking to the Montlhéry banking up until 10pm at night, all supported by huge classic car club displays.

Provided by LGHA’s key partner Peugeot, Loeb will be driving the phenomenal twin-turbo 3.2-litre V6 petrol Peugeot 208 T16 Pikes Peak, boasting 875 bhp, with a weight of just 875 kg. Loeb smashed the record for the legendary Pikes Peak hill climb race in Colorado Springs in 2013, taking just 8 minutes 13 seconds to travel the twenty kilometres between 2,865 and 4,301 metres above sea level, a feat that remains unequalled to this day.

As well as the unique opportunity to witness this record-breaking driver in a record-breaking Peugeot on the record-breaking Montlhery banking, a number of other significant competition Peugeots will be in action at the 2017 LGHA too between 23-24 September, with Peugeot exercising its Group B 205 T16s, African Rally 204 and CD-Peugeot LM66 short-tail Le Mans racer at the event last year, among others, and the brand-new second-generation 3008 road car making its world dynamic debut at the event.

In addition to historic Peugeots in action, other LGHA partners will also be making a memorable contribution to this September’s event, including the French motor oil company Yacco. Yacco has broken a number of significant endurance record at the banked Montlhery Autodrome since the 1920s, including the 1925 Voisin, 1931 Citroen C6 F ‘Petit Rosalie’ and the 1953 Citroen 2CV barquette, some of which will be appearing at the 2017 LGHA.

French auction house Aguttes will be holding its first historic motor vehicle sales at the LGHA, with the event’s strategic partnership with UTAC CERAM - the owners of the Autodrome de Linas-Montlhery - assuring the LGHA’s future at this unique and historic venue for years to come, with both parties sharing a strong passion for the banked circuit, commonly considered to be the French temple of automotive history and motor sport.

Away from the action on the steeply-banked circuit, a large number of classic car clubs, plus a sizeable exhibition area, will add to the many attractions at the 2017 LGHA. A wide variety of interesting and rare classic cars and motorcycles will be on display, parked within the circuit banking, meaning that all of the track action can still be seen whilst admiring the vehicles on static display. LGHA aims to attract even more international car clubs and competitor participants to the event this September, as Montlhéry has ample space to accommodate them, with the Autodrome being conveniently located close to Paris, within easy access from the UK and most of Continental Europe.