Historic F1 cars to feature at IGNITION Festival of Motoring 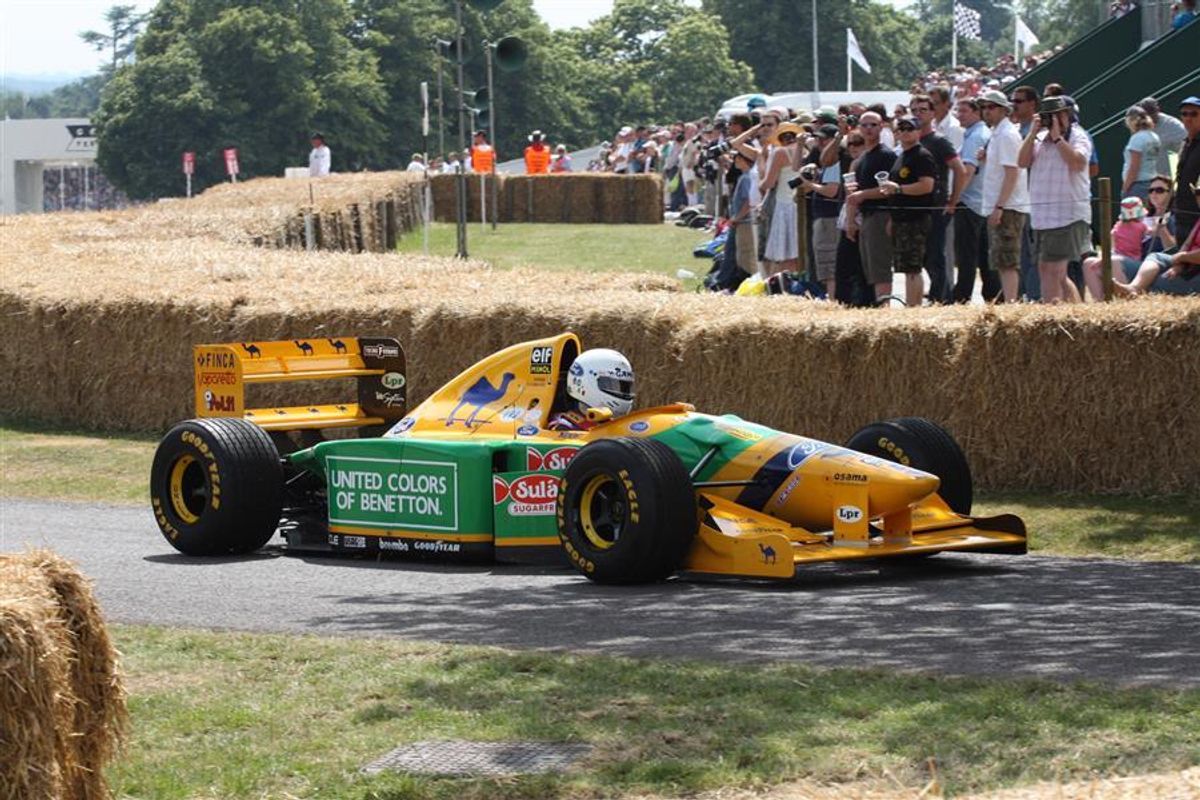 IGNITION Festival of Motoring is delighted to reveal the greatest-ever collection of Formula 1 cars to grace Scottish shores. Cars previously driven by the crème de le crème of Formula One including Jenson Button, Michael Schumacher, Ayrton Senna, Jim Clark and Stirling Moss will appear at IGNITION Festival this summer.

In what will be the biggest showing of F1 cars in the same place in Scotland ever, fans can get up-close with some of the most prestigious cars from F1’s past.

Jenson Button’s BAR 006 competed in the 2004 Formula 1 season. From the onset of the season, the car proved to be very competitive with Jenson Button scoring ten podiums and challenging for victory on many occasions, most notably in Italy. Button drove this car in 15 races in total, taking 8 podiums and fans can get up-close with the legendary car at #Ignitionglasgow this August.

Driven by Michael Schumacher and Ricardo Patrese during the 1993 F1 season, the Benetton B193b will also be paraded at the SEC Glasgow. Powered by the latest Cosworth HBA engine, Michael Schumacher was able to consistently challenge the McLarens and on occasion challenged the seemingly unbeatable Williams FW15C. Its last competitive outing saw it take 2nd place with Schumacher behind the wheel at the 1993 British GP at Silverstone.

Driven by Ayrton Senna the Toleman TG184 was first raced at the French Grand Prix in 1984. The car's potential was evident early on with a 2nd place in only its second Grand Prix scored by then rookie driver Ayrton Senna in the rain affected Monaco Grand Prix. Underlying his future as a World Champion, more podiums came for Senna during the 1984 season with 3rd placings at both the British Grand Prix and the season ending Portuguese Grand Prix where Senna also placed 3rd in qualifying, the highest for the car.

Jim Clark’s Lotus 21 (1961) was designed by Colin Chapman. Used by the works Lotus team and the privateer Rob Walker Racing Team in 1961, the 21 was the first works Lotus to win a Formula One Grand Prix, in the hands of Innes Ireland at the 1961 United States Grand Prix. Sadly, at the Italian GP, Ferrari driver Wolfgang von Trips was launched off the rear wheel of this very car. He passed away, as did 14 spectators. The car was only ever raced by Jim Clark and because of these tragic events is the most original unrestored Lotus 21 in existence.

Stirling Moss’ Maserati 250F is another rarely-seen addition to this year’s festival line-up. In total, the 250F competed in 46 Formula 1 championship races with 277 entries, leading to eight wins. Success was not limited to World Championship events with 250F drivers winning many non-championship races around the world. Stirling Moss later said that the 250F was the best front-engined F1 car he drove.

The ultimate event for car-lovers, families, thrill seekers and petrol heads, IGNITION Festival of Motoring will takeover the streets of Glasgow’s Scottish Event Campus over 4-6 August 2017.

The event, Scotland’s biggest automotive showcase, will give fans the chance to experience the sights, sounds and smells of everything from rally and Formula 1 to drift racing, classic cars and motorbikes, all featuring on a specially constructed street circuit.

The distinctive F1 collection will be joined in the paddock by a vast array of stunning machinery including rally, hot rods, motorbikes and supercars.

Tickets for IGNITION 2017 are available from the festival website with prices to suit every pocket. Single tickets start at just £27.50 (pre-booked) for full day entry to the show and only £15 for a late entry single ticket from 2pm. A single ticket plus morning or afternoon grandstand seat costs £40, while a family day ticket for two adults and up to three children costs just £70.

A full breakdown of ticket types, prices and event news can be found at http://www.ignitionfestival.co.uk/tickets