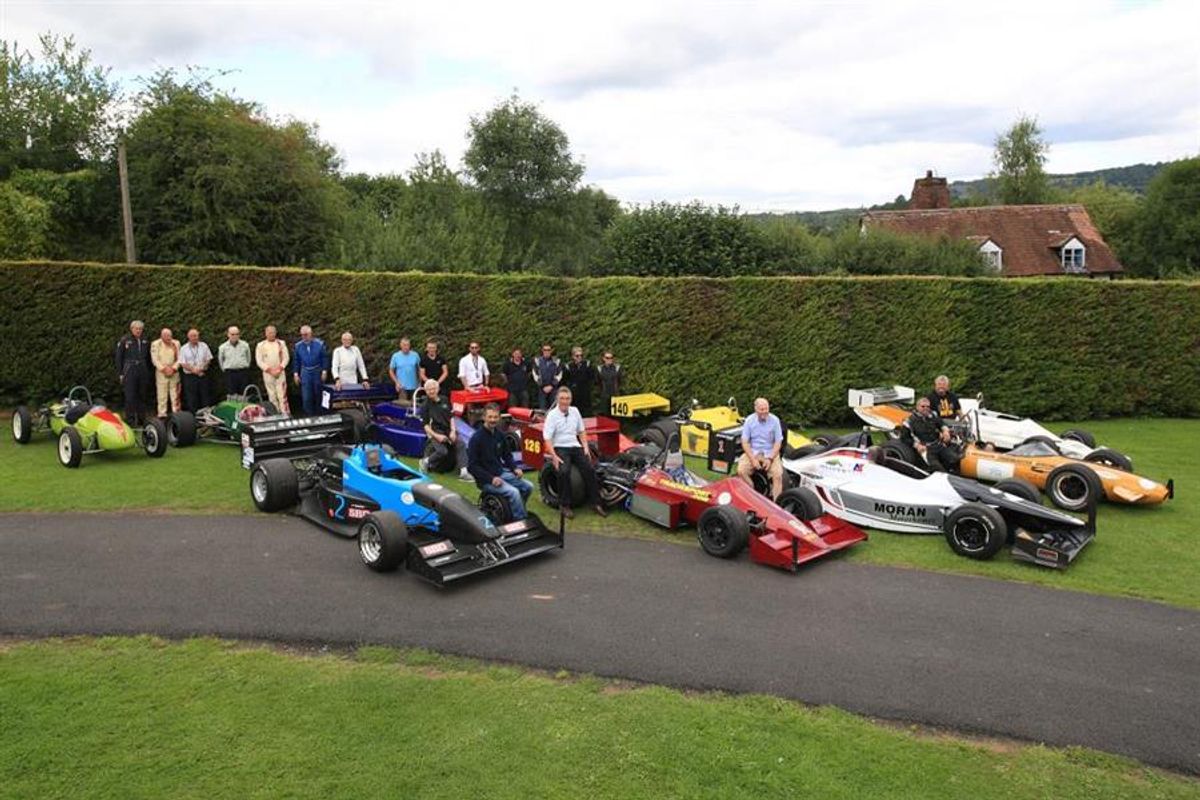 A glorious weekend all round as the British Hill Climb Championship came to Shelsley Walsh for not only a weekend of high speed action where Trevor Willis retained his lead and Will Hall took Best Time Of Day but also to celebrate the championship.

Fifiteen Champions joined in over the weekend culminating in a group photo with all the Champions, ten championship winning cars and the four constructors who have taken all the championships since 1977.

There was lots of hilarity and great stories being told as drivers were reunited with each other and gave interviews throughout the weekend to the attending crowds.

1978 champion David Franklin drove his Ferrari which he was also competing in with wife Debbie in the passenger seat.

1988 champion Charles Wardle drove a Pilbeam MP43 sportscar similar to the one he drove in period, whilst five time champion David Grace had a go in Graham Wynn's Gould GR55 which unfortunately broke a drive shaft on the second day as he got to the start line.

Chris Cramer and Martin Groves where chauffeured up the hill in the course car as Adam Fleetwood borrowed a Caterham for his parade run.

Scott Moran drove his championship winning Gould which he was using over the weekend whilst current leader, whilst his father and 1997 champion Roger got to drive a Chevron.

2012 champion Trevor Willis chose not to drive his current OMS in which he is leading the championship but drove his first OMS race car.

Triple champion Martin Bolsover got the chance to drive the Pilbeam MP43 and Ray Rowan drove his Roman powered by an F1 Judd engine and he even bolted on a new set of slicks for the occasion.

On Saturday evening championship organisers BARC hosted a party with a buffet, music and a bar and the following day a birthday cake was presented with cake being delivered round the paddock and also to the commentators.

The weekend was rounded off with a very exciting fourth Top 12 Run Off with Will Hall taking Best Time Of Day with a 23.21 second run, to be congratulated by all and to huge cheers as he collected his spoils.