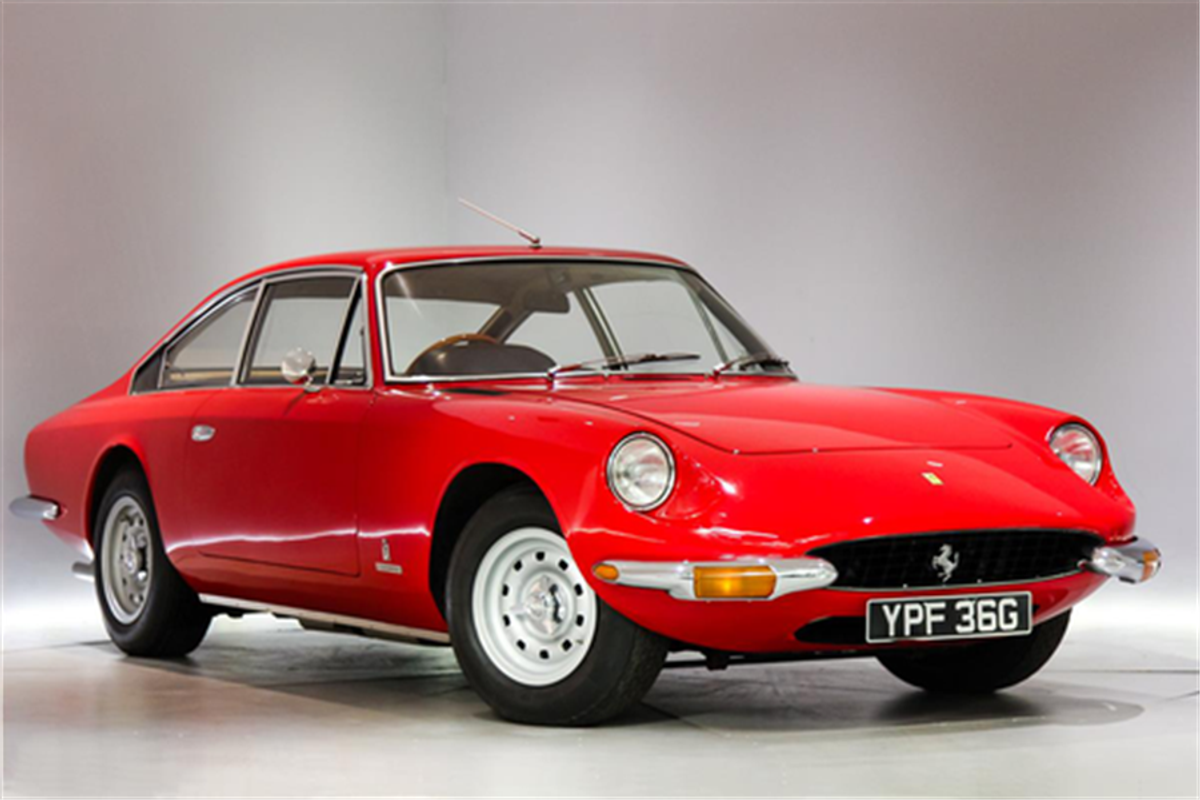 By the mid-1960s, 50 per cent of all Ferraris produced were being built with four seats, and following on from the success of its first four-seat production model - the 250 GTE of 1960 - Ferrari introduced the 330 GT 2+2 in January 1964. The newcomer's steel tube chassis was 2inches longer in wheelbase than that of its predecessor, and it featured independent front suspension and a live rear axle, whilst beneath the 330's more-spacious Pininfarina coachwork was a 300bhp, 4-litre V12 engine, coupled to a four-speed overdrive gearbox. That model's replacement, the Ferrari 365 GT 2+2, was then launched at the Paris Salon de l'Automobile exhibition in October 1967. Sleekly styled in the manner of the limited-edition 500 Superfast, the 365 GT 2+2 proved itself to be the most refined Ferrari built up to that point.

Based on the contemporary 330 GTC chassis, the 4.4-litre V12 engined 365 GT's frame comprised Ferrari's familiar combination of oval and round steel tubing. In addition to featuring independent suspension all round (for the first time on a Ferrari 2+2), the new model was also equipped with Koni's latest state-of-the-art, hydropneumatic self-leveling system at the rear. Further refinements included mounting the engine and drivetrain in rubber bushes to insulate the car's occupants from noise and vibration, and offering ZF power-assisted steering and air conditioning as standard equipment.

Developing 320bhp in its 365 GT incarnation, the well-proven 4.4-litre V12 engine was coupled to a five-speed gearbox, while the car's blistering performance - top speed 150mph, 0-60mph in 7.0 seconds – could be reined-in by Girling ventilated disc brakes all round. By the time production ended in 1971, Ferrari had built approximately eight hundred 365 GT 2+2s, accounting for half of Ferrari production during the model’s three-year run and just fifty-two right-hand cars were delivered to British shores.

The 365 GT 2+2 offered here, chassis number 11583, was built in July 1968 and ordered by Mr W. Andison, a director at the foundry and engineering company Tyneside Light Alloys, based in Gateshead. However, before taking delivery, the exchange rate fluctuated enough that Andison chose to retract his order. As noted by the original sales documentation, copies of which are included on file, the Ferrari was subsequently sold to Mr W. J. Skelly on 13 August 1968, through UK importer Maranello Concessionaires Limited. The 2+2 was originally finished in Azzuro over a beige interior and fitted with wire wheels, costing him £7,003.15. Mr Skelly had initially intended to collect his new car from Maranello. Unfortunately, this would not be the case, and the car was flown to London for delivery.

Chassis 11583 was then sold to Rob Walkers, who in turn sold the car to Mr Andrew West. The car was subsequently acquired by Mr Alcock, of Whally Street Garage in Staffordshire. In January 1971, Henry G. Drew purchased the 2+2 and had it registered with the license plate 3 HGD. He retained the Ferrari for seven years, at which point it was acquired by Mr Melvyn C. Baxter, of Norwich, who kept the car until October 1979. Mr William Roger Williams took ownership of the car in 1979 for an additional six years, until May 1985, when he sold it to Mr David Toms, a resident of Cornwall, who then registered it as 629 PH. On 17 March 1986, Mr Michael Arkell bought the car, selling it in 1990 to Mr Paul Dupee, of London. Mr Dupee clearly enjoyed and took care of his Ferrari, as is demonstrated by the numerous service and maintenance invoices available to view on file. The car was acquired by the previous owner in 2006 and has since been shown at the 2007 Goodwood Club Meeting and Ferrari 60th Anniversary, held at the Maranello Sales showroom in Egham, United Kingdom.

This Ferrari is presented to auction with one of the finest history files we have seen, with documentation for virtually every year of the car’s life, copies of the original order form, build sheets, details and photographs of its restoration, and will have a fresh MOT in time for the sale.
The 365 GT 2+2 is a comfortable long-legged Grand Tourer and offers its new owner the full front-engined, Ferrari V12 experience at a substantial discount on its two-seater stablemates of the 1960s.