September 3, 2018 in Historic and Market 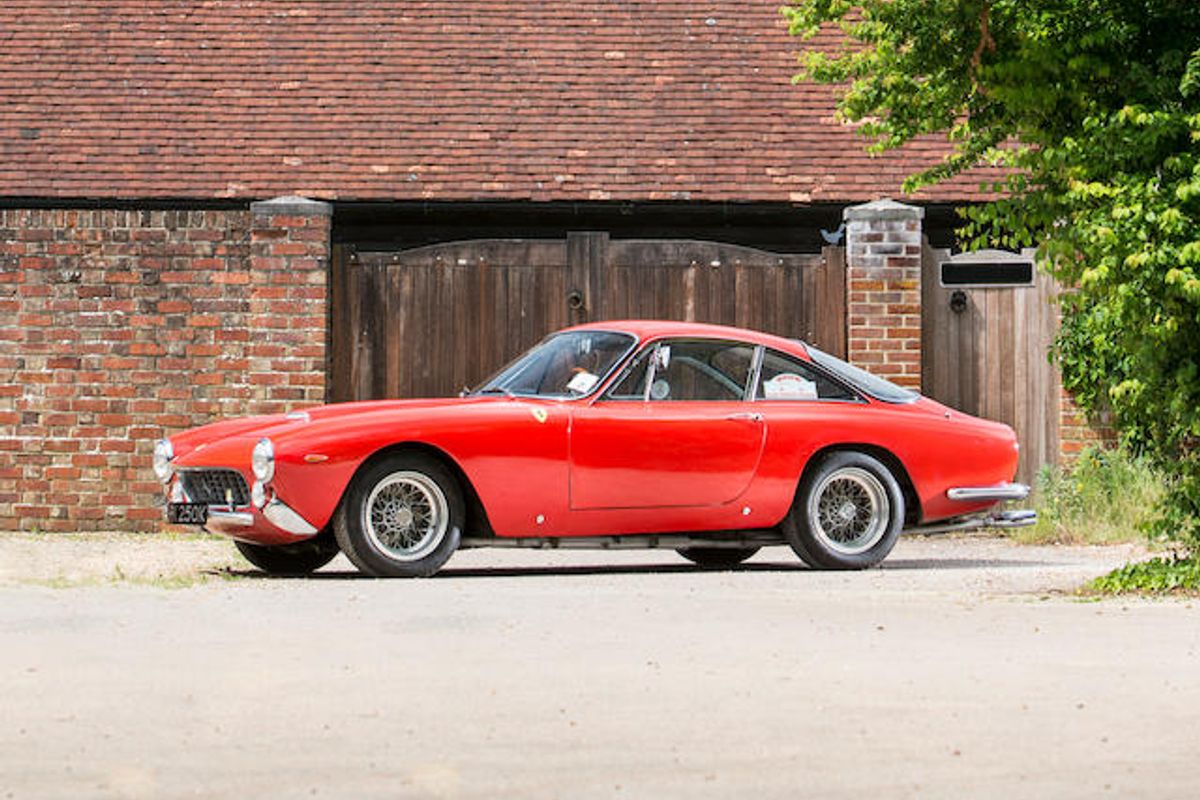 Arguably the most beautiful product ever to carry the Maranello marque's prancing horse emblem, the 250 GT Lusso debuted at the Paris Salon in October 1962. Styled by Pininfarina and built by Scaglietti, the Lusso (Luxury) combined racetrack looks with new standards of passenger comfort. Beautifully proportioned, it blended a low-slung nose, reminiscent of that of the SWB Berlinetta, with sculpted Kamm tail by means of some of the most exquisite lines yet seen on an automobile. Slim pillars and wide expanses of glass not only enhanced the car's outward appearance, but made for excellent visibility and a pleasantly light and airy interior.

The Lusso's immediate antecedent had been the 250 GT Berlinetta SWB. Introduced at the Paris Salon in 1959, the latter was a true dual-purpose car, arguably more capable than any Ferrari before or since of coping equally well with the conflicting demands of racetrack and highway. The 'SWB' (Short Wheel Base) designation arose from a chassis that, at 2,400mm, was 200mm shorter than the standard 250 GT's. Specifications could be varied to suit individual customers' requirements for either road or track, models supplied for competition use having lightweight aluminium-alloy bodies, while the Lusso road version enjoyed a fully-trimmed interior and softer springing.

However, Ferrari's policy of building a single, dual-purpose race/road model did not survive long into the 1960s, the diverging requirements of the two markets necessitating greater specialisation in the form of the competition-only 250 GTO and Gran Turismo 250 GT Lusso. Built on a short-wheelbase chassis similar to that of the 250 GT SWB and 250 GTO, the Lusso was powered by Colombo's light and compact 3.0-litre V12 engine. Breathing through three twin-choke Weber carburettors, the all-aluminium, two-cam unit produced 240bhp at 7,500rpm, giving the Lusso a top speed of 150mph (240km/h) and a useful 0-100mph (0-160km/h) acceleration time of 19.5 seconds. An important milestone in the Maranello marque's history, the 250 GT Lusso was the last of the long-running 250 series and a most fitting finale to this most remarkable family of Ferrari road cars.

One of only 350 250 GT Lusso models made, left-hand drive chassis number '5565' is the 280th car completed and was supplied new to the official German importer Auto Becker in Düsseldorf. It was delivered from the factory finished in Grigio Argento (silver-grey) with Nero (black) interior. The Ferrari's first owner is not known, but in 1971 it is known to have belonged to an employee of the Porsche factory in Stuttgart. In 1972, '5565' was imported into the UK by B R Pond and registered as 'KPK 250K', and later that same year passed into the ownership of the current vendor.

A Ferrari enthusiast since he saw Froilan Gonzales driving one of Maranello's twelve-cylinder Grand Prix cars at Silverstone in 1951, the vendor had long wanted a V12 Ferrari that would evoke those sporting memories while at the same time being a thoroughly practical and reliable road car. It had to be not difficult to maintain, appealing to both eye and ear, and a pleasure to drive whatever the circumstances. This 1964 250 GT Lusso Berlinetta seemed to fulfil his requirements then and has continued to do so for the last 46 years, being enthusiastically campaigned throughout Continental Europe and the UK, including attending the inaugural Goodwood Festival of Speed in 1993. There have been many return visits since, while in 1985, journalist Richard Bremner had driven '5565' at the Surrey track for an article in Motor magazine. The Motor article is just one of the many detailed records contained within the most extensive history file. There were other memorable outings to the original Nürburgring circuit for a club race, and to Mas du Clos in France to race with the Ferrari Owners Club (where the car achieved pole position). '5565' has also made the obligatory pilgrimage to Maranello where Il Commendatore, Enzo Ferrari, made several complimentary remarks via a translator.

As this was a car to be driven - often over considerable distances - rather than simply polished and admired, various modifications were incorporated with help of David Clarke and Rob Houghton of marque specialists, Graypaul. These include fitting air scoops for the front brakes (invaluable for circuit use); replacing the original bronze valve guides with iron; installing 'perfect circle' valve stem seals (eliminating the smoky exhaust); fitting carburettor air trumpets and Snap exhaust tailpipes; adding a hand throttle for low-speed manoeuvring when cold; and up-rating the Koni damper settings.

Additional items added by the owner are transistor-assisted ignition incorporating adjustable rev limiters; two separate security switches; Blaupunkt Frankfurt radio and tall retractable aerial; compass (under interior mirror); and a battery master switch. The octagonal centre-lock wheel nuts were added when the vendor was engaging in the occasional competitive outing. Later on, Tony Merrick of GTO Engineering supplied a set of his specially developed roller rockers for the valve gear.

In more recent years, any work that the engineer vendor has been unable to carry out himself has been entrusted to Phil Stafford of Rosneath Engineering. This car has been driven regularly and maintained in optimum condition in dehumidified storage. It is in good running condition, with delightfully patinated interior, and Bonhams is advised that it drives beautifully. As one would expect after 46 years in the care of such an enthusiastic and fastidious owner, '5525' comes with truly massive history file (inspection recommended).

Over the course of the last 46 years, '5565' has become very well known in UK Ferrari circles, and in 2008 the vendor contributed an article about his ownership of the Lusso for the FOC's magazine (copy on file). Summing up his experiences behind the wheel, he observed that 'even if high-speed dashes across the UK and Europe are more a happy memory than a carefree practicality, the Lusso, even at today's constrained speeds, still looks the same, makes the same noises, exudes the same irreplaceable smell from its well nourished leather. It gives the same feel of the road, retains the same silky steering, and of course, they can't - aren't allowed to - make them like that any more!'

Soon after the car's launch, Road & Track declared that the 250 GT Lusso was 'Ferrari's most beautiful car; a classic...' and the passage of time has not altered that assessment one iota. Offered from long-term enthusiast ownership, and fully documented for the last 46 years, this much-loved example is worthy of the closest inspection.