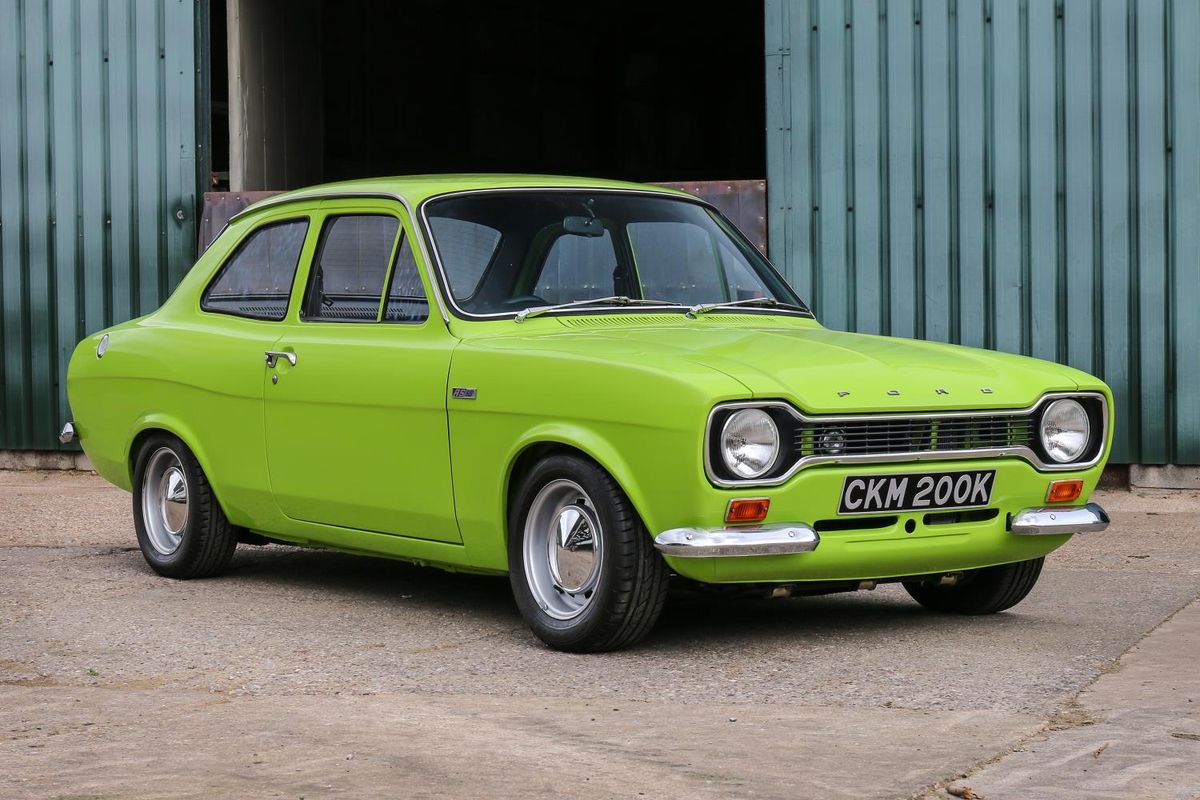 The September Sale will take place on 29th September at the Dallas Burston Polo Club
An incredible selection of fast Fords will be heading to auction at the September Sale, including a very special 2006 Ford GT, a restored 1972 Ford Escort RS1600 an incredibly rare 1986 Ford Sierra Cosworth Wolf RS500 and a 1990 Ford Sierra Sapphire Cosworth 4x4 with only 13,310 miles. The sale is taking place at the Dallas Burston Polo Club on 29th September.

The 2006 Ford GT heading to auction is one of only 27 UK-delivered examples and has covered just over 5,000 miles, which has included memorable trips to Le Mans. Powered by a hand-built 5.4 litre supercharged V8 engine with an amazing 550BHP the GT is capable of a top speed of 205MPH and goes from 0 to 60MPH in just 3.5 seconds. Estimated at £230,000 to £260,000, this GT is immaculately finished in the iconic colour combination of white with racing blue stripes and a black leather interior.

“Fords have the unique quality of universal appeal, with their popularity stretching from the entry level Escort models all the way to their iconic super car, the GT”, says Harry Whale, classic car specialist at Silverstone Auctions. “Ford’s success and dedication to motor sport has not only filled their trophy cabinet but has delivered a fantastic selection of motorsport derived special editions for enthusiasts. The idea of ‘win on Sunday, sell on Monday’ has never been truer than with Ford.”

The 1972 Ford Escort RS1600 on offer at the sale is one of the few remaining of its kind on the road today. Estimates suggest that only around 1,137 RS1600s were produced in total with many being converted to rally and race cars. The car on offer has come from a full, ground-up restoration with stunning results, carried out by renowned marque expert, Andy Stapley Motorsport. Finished in Le Mans Greens with a black cloth interior which is completely standard, the car presents in phenomenal condition. Estimated at £60,000 to £70,000, the Escort has covered just 3,525 miles since the restoration took place.

As one of only 10 Sierra RS Cosworths uprated by the official Ford Works DTM team, the 1986 Wolf RS500 in the sale was built to satisfy a number of Ford fanatics who craved a left hand drive RS500 for the German market. The upgrades were undertaken by Wolf Racing for Ford and included a 300BHP engine upgrade, racing pistons, green injectors, a racing wastegate, a steel twin exit exhaust, lowered sports suspension and gold DTM style wheels along with the usual RS500 body and interior upgrades. All of the Wolf RS500s were finished in Moonstone Blue. The car on offer was imported to the UK in early 2018 and presents excellently, covering just 24,000 miles and is estimated at £37,000 to £42,000.

The 1990 Ford Sierra Sapphire Cosworth 4x4 available at the sale is believed to be one of the first six 4x4 models made available. Finished in Magenta with a grey cloth interior the Cosworth was first registered on 1st August 1990 in Essex. The Cosworth has travelled a mere 13,310 miles at the hands of its sole owner, who at the age of 80 has decided to hang up her driving gloves for good. Estimated at £30,000 to £35,000, the Sierra was recently recommissioned at the hands of Rally Tec Cosworth Specialists at a cost in excess of £5,000 in preparation for the sale.