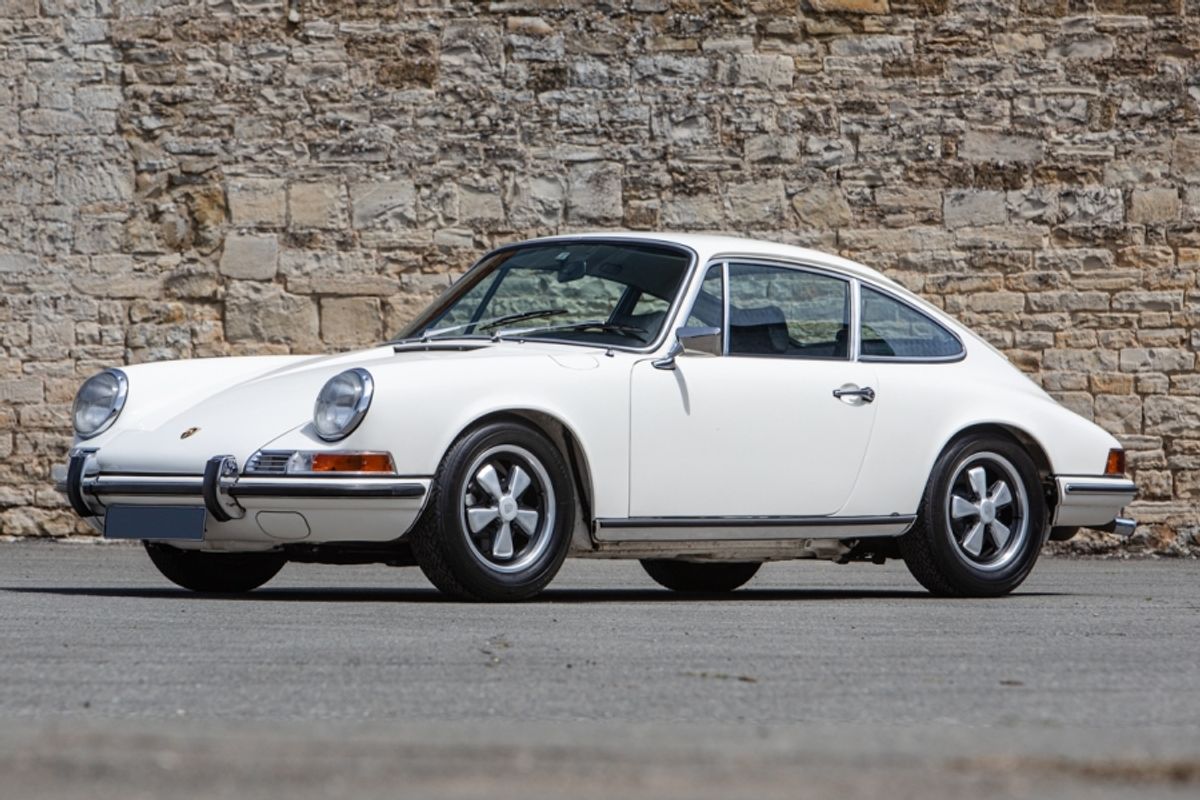 Two collections, low mileage, rare and cars from the stars to be offered

The Silverstone Auctions sale over the weekend 26th to 28th July is one of the biggest sales yet and of the highest quality which includes rare cars and two collections.

Taking place at the historic Silverstone Classic race meeting, the sale opens with a preview on the Friday followed by two sale days on the Saturday and Sunday.

This weekend’s sale has a number of star lots which include the stunningly beautiful Mercedes-Benz Gullwing 300 SL, a 7-mile Metro 6R4, the Aston Martin DBS V8 press car direct from actor and comedian Steve Coogan and a fresh to market Aston Martin DB5.

The amazing selection of cars continues with this incredible 1973 Porsche 911 2.4T MFI Coupe. Built-in very limited numbers, approximately 289, this is a very rare car indeed and one that has literally just been restored. Supplied new by Porsche America and used very sparingly until 1985 when it was taken off the road to be repainted in Guards Red, which thankfully never happened. The car was to remain in temperature-controlled storage for the next 30 years. In 2016 the current vendor purchased the car from Silverstone Auctions and set about restoring the car to its former glory, spending £105,000 in the process using marque specialists to ensure the car was one of if not the best MFIs available. Now being offered for sale at an estimated £110,000 to £130,000 this is one beautifully restored, matching numbers, rare 911.

If that wasn’t enough for Porsche enthusiasts, also included in the sale is a super rare one of 100 RS Clubsports. This 1995 car was delivered new to its German owner who then moved to Australia with the car in 1997. Whilst It was there the car was used for motorsport events until 2012, but never actually registered for the road hence the low mileage of 48,970 miles. During its time in Australia, the engine developed a fault and was subsequently replaced, but the original engine was sent away to be rebuilt and is available should the next owner wish to reunite them. In 2013 the car came to the UK thanks to the purchase of the current vendor and underwent a thorough but sensitive programme of work to ensure the car was in the finest condition so it could be enjoyed on trips to Europe. Estimated at £170,000 to £220,000 this car will come with a fresh MOT.

Another of the stunning lots is this 1953 Mercedes-Benz 300B Cabriolet D, one of just seven made in right-hand-drive. Restored over four years using wherever possible original parts and sourcing the missing original parts from a former owner and a donor car from Poland. Now finished to the most glorious condition in Gloss Black and red leather upholstery, the car is back to where it once was as a luxurious cabriolet, an important car marking the end of the war and the start of a new era. Estimated at £200,000 to £250,000 this 300B has had so many hours lavished upon it and not to mention the costs involved, it took six months to achieve the Gloss Black finish alone. Such was the quality of the restoration the car was loaned to Mercedes-Benz World where it was displayed during 2018.

Silverstone Auctions are also offering 21 No Reserve cars amongst which is this incredible opportunity to own a 1997 Bentley Continental R estimated at £35,000 to £40,000. This two-door, is an outstanding example of a UK-supplied car which has been owned by a real Bentley enthusiast and comes with an array of optional extras, confirmed by the original factory specification included in the history file. With just over 71,000 miles this is a car that should defiantly not be overlooked.

Harry Whale auction manager for Silverstone Auctions commented: “I am really very proud of this weekend’s auction it has to be our best yet. Our team have consigned the biggest variety and highest quality of cars, featuring two collections.”

“We are very proud to be offering cars from the late Barrie “Whizzo” Williams a wonderful character around the paddock and Silverstone seemed to be the most appropriate place to auctioning his collection.”

“We are also auctioning the Gentlemans’ Collection, a fine selection of 17 unique cars all offered at No Reserve.”

“And finally, our star lots, the 300SL Gullwing, Metro 6R4, the Aston Martin DBS V8 press car from Steve Coogan and the DB5. These are super lots and we are delighted to have been asked to offer them for sale. They have attracted a lot of interest and we look forward to seeing them find new homes.”

The sale would not be complete without the automobilia sale of which there are 200 items being offered. With automobilia being very popular as the growth of historic events continues a 1950s Beckmeter fuel pump could be just the item to power up your event. Estimated at £2,000 to £2,700 this item has been recently restored and presented in the Green and Yellow BP livery. Autographs are always a very popular item to have in your prized possession and Lot 327 is a selection of autographs from the greats of motorsport framed and presented on a page from Motor racing Year 1961. Offered at £1,200 to £1,500 including a Certificate of Authenticity. And very appropriately a 1973 Heuer Silverstone watch with the rare Burgundy dial at £7,500 to £8,500 serviced by a German Heuer specialist, proofed and 100% genuine. One for the budding car enthusiast in the family a Ford GT40 child’s car estimated at £4,000 to £6,000 with a 150cc engine, disc brakes and key start, this is a great car to keep the youngest in the family entertained.