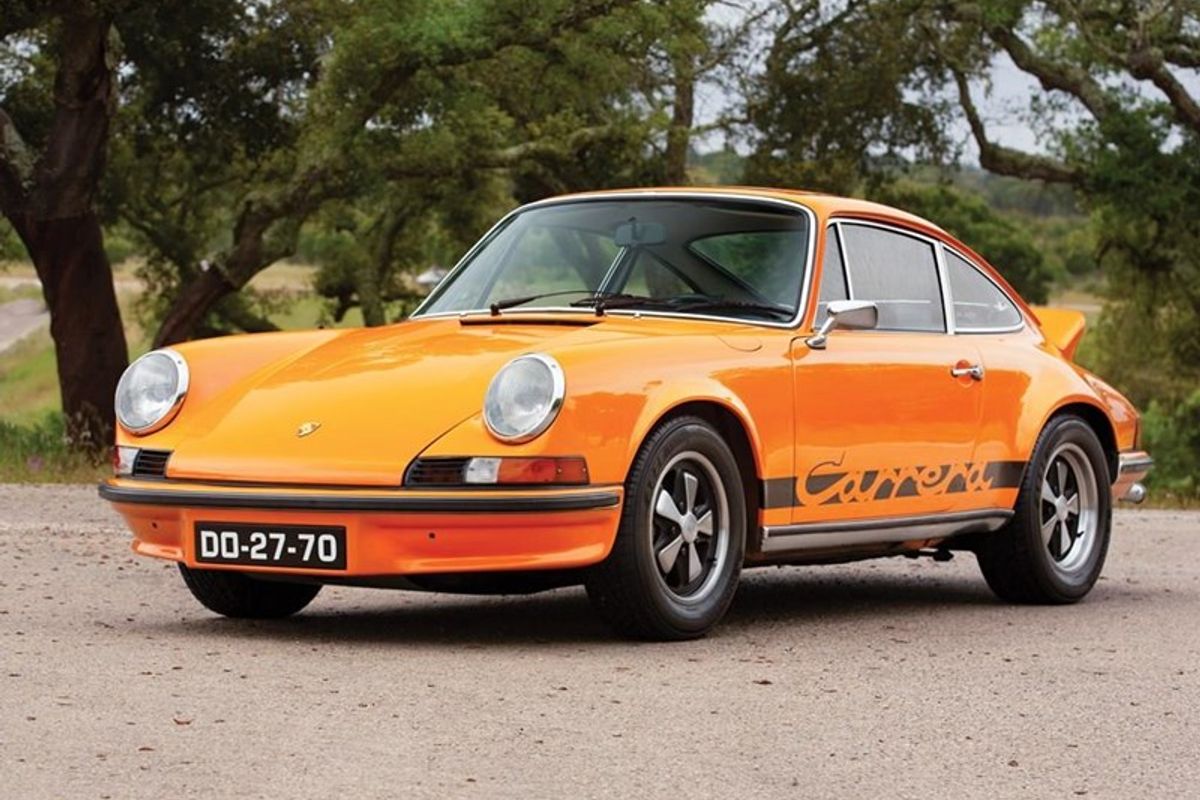 Comprising the cars of discerning enthusiast and collector, the collection consists of over 130 cars and features many rare and highly collectible individual automobiles. Making for a true destination event, the auction will be held at the collection property near the stunning beach resort region of Comporta, Portugal.

The Sáragga Collection reflects the discerning and eclectic personal tastes of its owner, with many cars combining broad desirability with strong Portuguese provenance and history. As a life-long collector and passionate enthusiast for all things automotive, Mr. Sáragga started over 30 years ago with a small grouping of rare Mercedes-Benz models. Now, the collection has grown to over 130 cars to include pre-war greats, several exclusive Porsche models, American classics of all eras, and some rare and diminutive microcar gems.

Delivered new to Portuguese Angola and remained in Portugal since 1975
One of only five Carrera RS 2.7 Tourings delivered in Signal Orange
Retains its original engine and gearbox
Comprehensively restored
Featured in 50 Years of Porsche in Portugal
Presented here is a beautifully restored, late third-series example of Porsche’s 911 Carrera RS 2.7 Touring. Chassis number 911360463 was sold new in June of 1973 to António Bastos of Lisbon. It is one of just five delivered in special-order Signal Orange (1414) with a black leatherette interior. A Porsche Certificate of Authenticity notes that this M472 RS was factory-equipped with an electric sunroof, headrests, tinted glass, and a Blaupunkt stereo with an electric antenna. Sr Bastos sent his RS to Angola, at that time a Portuguese territory, but returned it to the mainland in 1975 still in his ownership. It then passed through a series of local owners whose names are listed in a detailed survey carried out in 2015 by Jürgen Barth and recorded in documentation accompanying the file.

Importantly, with its fifth owner, Antόnio Joaquim Pόvoas Diegues of Porto, the car participated in the 1979 Rally Portugal Vinho do Porto, wearing race number 24. At the 20th anniversary of Estoril in 1992, this RS finished 1st in Group 4, driven by Antonio Sinóes do Paco, who owned it from 1992 to 1994. Based on accompanying documents, this RS underwent a full restoration circa 2012 and has been driven fewer than 3,000 km since. Shortly thereafter, it was featured in a book titled 50 Years of Porsche in Portugal, highlighting Porsche’s history in Portugal through interesting Portuguese Porsches and their owners, and a copy of the book accompanies the car.

Boasting a known ownership history from new, as well as its original engine and gearbox (rare for a Carrera RS 2.7), and one of only five touring models finished in Signal Orange, this is a fascinating example of what is perhaps Porsche’s most iconic 911. It would be welcome in any collection and is ready to be enjoyed by its next custodian.