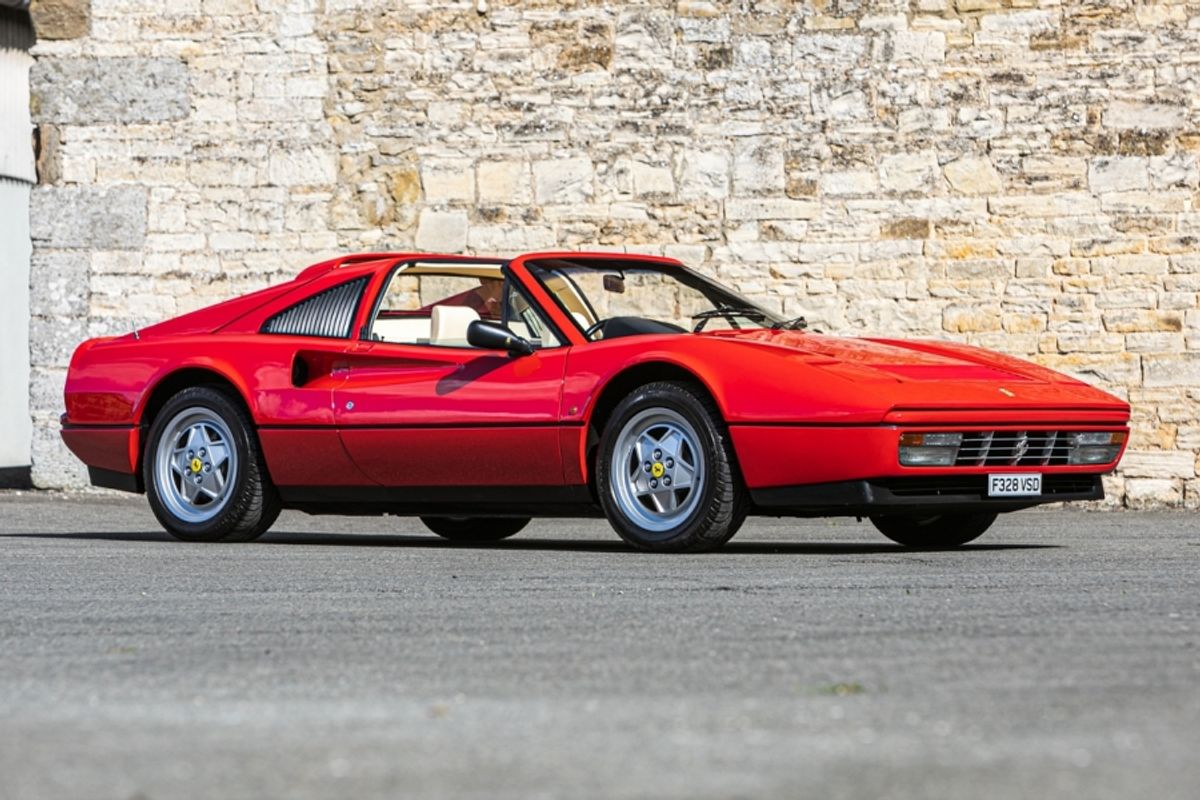 This weekend Silverstone Auctions will be holding their marque dedicated sale for Ferrari and Porsche at the Dallas Burston Polo Club with superb examples of 34 Ferraris and 32 Porsches in each of the sales.

Held in association with the Ferrari Owners Club of Great Britain and Porsche Club GB some fine examples of sports cars are being offered with limited editions and limited production runs staring in this weekends sale.

Of the 34 Ferraris being offered this car is what many consider to be the most desirable of all the 308s, the GTS Quattrovalvole. Made famous by Tom Selleck in Magnum PI, this is your chance to acquire a limited production run of just 233 UK supplied right-hand drive cars. This superb UK supplied in 1983 Ferrari has been in the same family for the last 27 years having been purchased in 1992 and passed from father to son. The father used the car until 2000 when the car was then placed in long term storage until 2018. It was at this time that they decided to recommission the car at a cost of £24,000 and now giving a great driving experience for the next owner at and estimated £50,000 to £60,000.

Our second Ferrari is the successor to the 308 we have just talked about. This is the 1989 Ferrari 328 GTS and built in the final year of its production which started in 1985. This is one of 292 UK supplied right-hand drive cars in the classic Rosso Corsa with Crema hide interior and has just 17,000 miles on the clock. The car is currently in the possession of Silverstone Auctions and is really worth seeing if you are thinking of purchasing this car and would like a private viewing. It is in stunning condition and accompanied by its owner’s manuals, tool kit and interesting history file. Estimated at £75,000 to £85,000 and coming from a significant private collection this is a rare version of a low mileage classic Ferrari.

Now turning our attention to the Porsche sale which follows on from the Ferrari sale, we have some superb lots which include this 1988 Supersport Cabriolet. One of just 39 examples produced for the UK market in right-hand drive, this Guards Red Porsche with an unusual interior which was chosen from the Special Wishes Programme, Linen leather and other additions including a gold embellished gear knob and to differentiate it even further it features the front air dam and side skirts which were dealer-fitted from a 930 SE. The list of features on this car is endless, but it does feature the very desirable manual G50 gearbox which was fitted in the final three years of the car’s production. At an estimated £48,000 to £55,000 this really is an even rarer version of the Supersport Cabriolet with its Special Wishes options and the 930 SE aerodynamic kit.

Our final car in this release is the 1988 Porsche 928 S4 Sports Equipment estimated at £33,000 to £38,000. Only 42 of these cars were for the UK market and this one was purchased new by Formula One driver Tom Belso who raced for Frank Williams Racing Cars in 1973 and 1974 and owned for 24 years. The current vendor purchased the car in 2016 and began a programme of works to restore the car to its best using marque specialists and at a cost of £25,000 according to the cars history file. This is a rare car and one for any Porsche collector or enthusiast coming with an interesting provenance.

Harry Whale commented: “We have 66 high-quality cars in our sale this weekend and all of them with some great stories or history. We also have some outstanding cars being offered, the Carrera GT, two Ferrari Daytonas, cars from rock star Jay Kay, low mileage cars and limited production cars too.”

“We are really looking forward to the sale at the weekend, there is plenty of choice for Ferrari and Porsche collectors and enthusiasts.”

Silverstone Auctions sale also includes a selection of marque related automobilia which starts at 10.30am. If you are thinking of purchasing a 308 you might like to know about Lot 129 a very rare pair of original cylinder heads. Both cylinder heads are in good condition, complete with cam covers but do not come with the camshafts and one is missing the valves. A very rare component at an estimated £2,700 to £3,150. With many other lots offering automobilia for both Ferrari and Porsche enthusiasts there is plenty to get the auction revved up on Saturday.