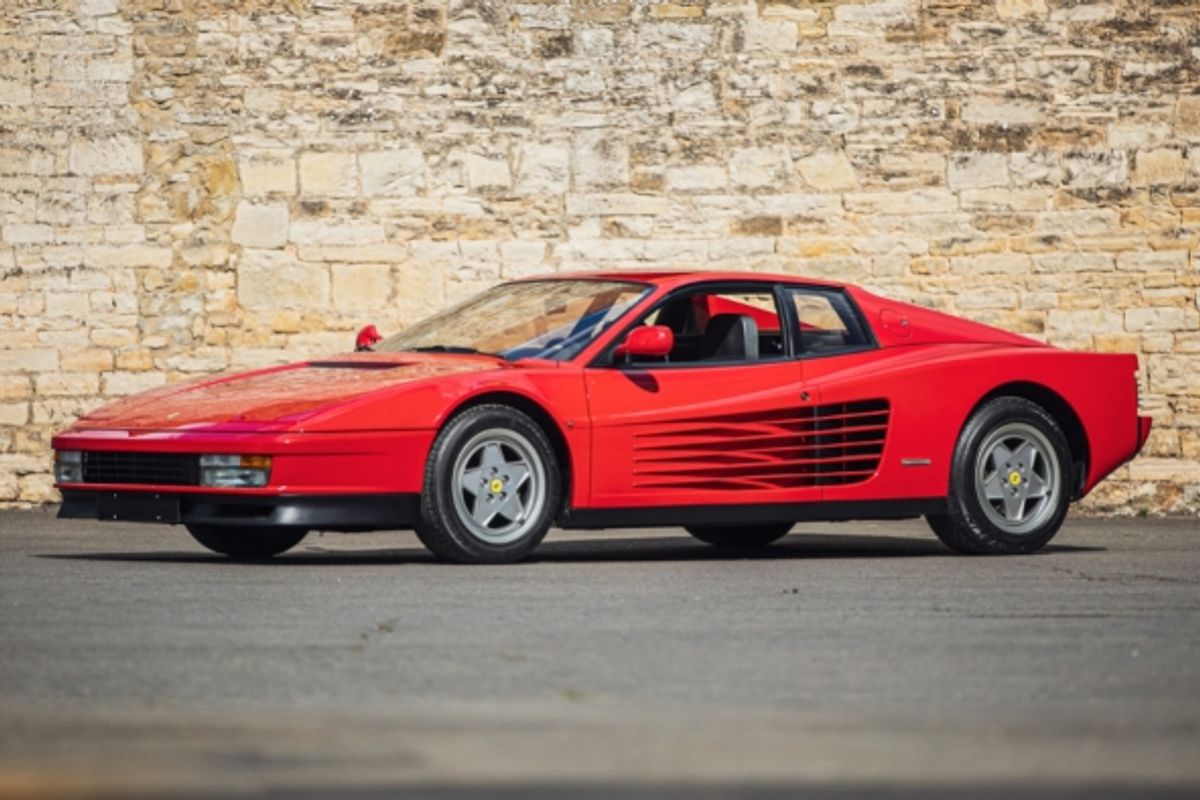 One of only 14 Ferrari F430 GTC built and raced by the late Allan Simonsen
An exceptional AC Ace, beautifully restored and fitted with the Bristol engine
One owner Mercedes-Benz 190E Evo II, number 255 of just 500 built
2,240 miles from new, a Ferrari Testarossa that has been cosseted and kept in showroom condition

Also a rare and very early registration number, O9 to be offered from a private individual
Silverstone Auctions are preparing for their next sale, The Silverstone Classic Live Online Auction on the 31st July and 1st August with the most exceptional collection of cars from a private collector.

The collection, entitled The SA-30 Collection, includes 30 exceptional cars chosen to celebrate 30 years of the Silverstone Classic and all excitingly offered at No Reserve.

Nick Whale, Silverstone Auctions Managing Director commented: “Following on from our last and very successful first live online auction in May, we are very excited and honoured to have been entrusted to sell 30 cars from a significant private European collector, of which we are highlighting here.”

“The list of cars is truly exceptional, all with amazing histories and the mileage of some them is quite staggering. I would urge anyone who is thinking of adding to their collection or looking to purchase their next dream car to look at the cars being offered.”

Friday the 31st July will be a Competition Car Sale and one of the stars has to be this 2008 Ferrari F430 GTC EVO. One of just 14 cars built, it was raced by the late Allan Simonsen and its owner Pierre Ehret. The car was ordered with a host of optional extras taking the bill to over 465,000 EU. It was almost immediately entered into its first race, the Sebring 12 Hours, where it was run and prepared by Tafel Racing. They went on to finish 4th in class and continued to finish the ALMS season finishing in the top 10 eight times.

The F430 was sold after its successful maiden season and the next owner used it for a selection of rounds in the Pirelli World Challenge Series, where it still proved itself against newer cars. In 2019 the car was returned to its Sebring livery by Bob Houghton and then run for a private track day. Now being offered for sale at No Reserve, this is a very competitive Ferrari with exceptional provenance and undoubtedly will get invitations to events like Peter Auto, Masters Endurance Legends and other exclusive events. It also comes with an extensive spares package making this a rare and very exciting opportunity.

Saturday the 1st August will be the Classic Car Sale which includes this 1958 AC Ace Bristol, a fabulous looking car and one of the most sought after classics with the Bristol engine and the later curved windscreen. It underwent a complete 12 month extensive rebuild after arriving in the UK in 2012 and is now finished in Gunmetal Grey metallic with a black leather interior. This left-hand drive AC Ace Bristol has been treated with no expense spared love, care and attention making it the car it is today. A fine British classic with all the desirable features needed.

The 1992 Mercedes-Benz 190E 2.5-16 Evo II was Mercedes’ answer to the rivalry that raged in Europe between itself and BMW. The Evo II was a supreme car and with only 500 built, this one being number 255, they were rumoured to have all sold prior to its launch.

At the time this was possibly the most eye-catching saloon car available, with its muscular exterior and fully adjustable rear spoiler it didn’t disappoint. The Evo II is actually a comfortable daily driver, despite its blistering performance, with full leather sports seats, air conditioning and electric windows.

And to top this off it only has 25,056 miles from new! Whoever the new owner is going to be, they are guaranteed to have a whole lot of fun with an awesome homologated road-going race car from an era when the greatest racing saloon cars battled it out on the track.

As part of The SA-30 Collection, this time capsule 1988 Ferrari Testarossa with 2,240 miles from new is being offered at No Reserve. Its first owner took delivery a year after placing the order and only used the car during the summer months which no doubt contributed to its low mileage. During the winter months, the car was taken off the road but in 1995 it stayed tucked away until 2009 when it re-emerged and sold to its next owner until 2012 when the current owner added the car to his significant collection.

As part of the Classic Car Sale on the 1st August, the registration number “O9” will be offered.

In 1904 the requirement for all motor vehicles to be entered onto an official register and to carry what we now know as a registration number came into force. The country was divided up and Birmingham was designated with the letter O. The number 9 was an early issue in Birmingham, the ninth official registration.

In 1949 the vendor’s father bought the registration for £5, a lot of money at the time and proudly displayed it on all of his Jaguars until he passed away. Saturday, August the 1st 2020 would have been the vendor’s father’s 100th birthday, so it seems only fitting that his registration O9 will be offered for sale on this very day.

Silverstone Auctions will also be holding an Automobilia Sale on the morning of the 31st July and are inviting consignments.

All the cars being offered are being kept in a single secure storage facility to allow for one to one viewings. From the 15th July, you can book a one-hour appointment to view the cars in line with Government guidance, with full instructions being given at the time of booking.