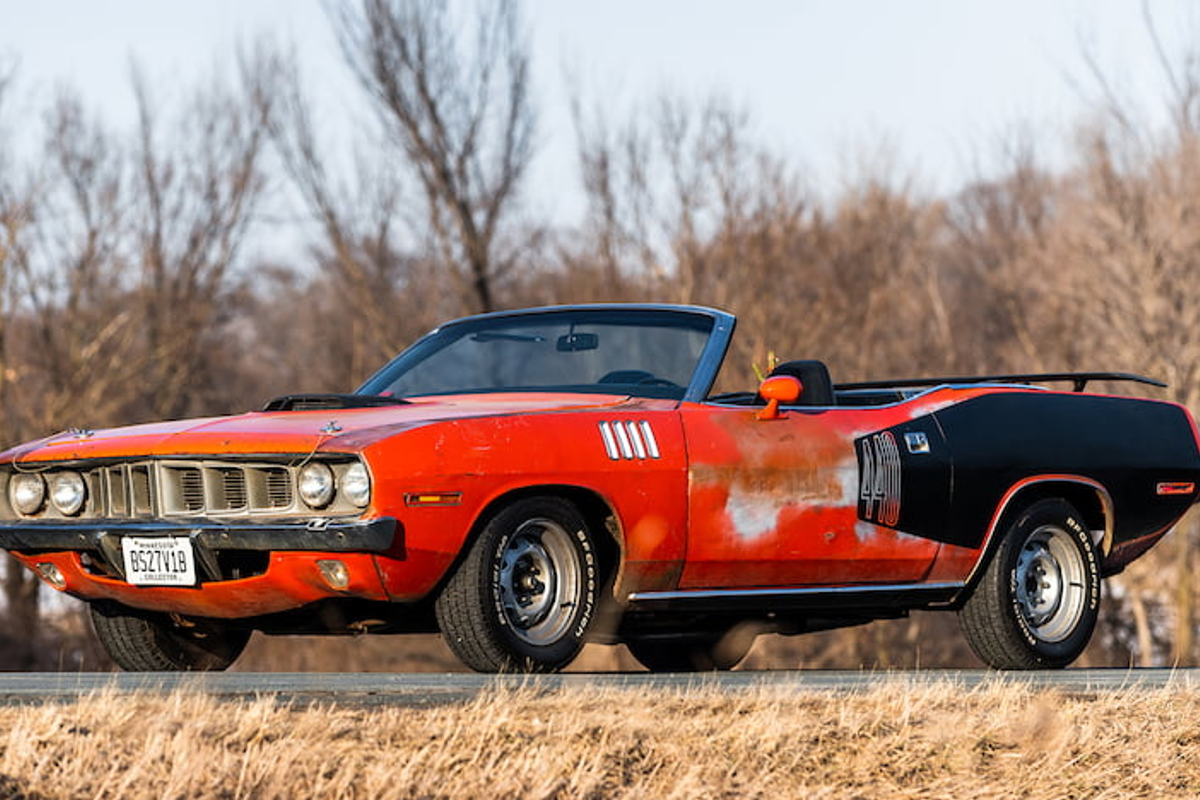 There was a market for muscle cars beyond American buyers, and these “export” cars were specially built to be sent either to Canada or overseas. It wasn’t a large market, and this amazingly unrestored 1971 440 6-BBL Cuda is one of only two such cars from the final year of Cuda convertible production. In fact, high costs of ownership on all performance models had led to diminished demand, so only 17 V-Code 440 6-BBL Cuda convertibles were produced that model year.

The car here, known by some in the hobby as the “Playboy Cuda” because of its rear valance bunny icon decal, is cosmetically unrestored, retains its original body panels and spent 35 years locked away in a storage container. Documentation on this car includes a broadcast sheet, the fender tag and door VIN decal, the latter two both intact. Nonetheless, since this car first became known to the hobby, both its driveline and mechanical components have been refreshed, and the Shaker hood is an addition to its as-built equipment. Underneath it is the V-Code 440 6-BBL V-8 engine, which quickly became a notorious addition to the Chrysler powerplant line after a limited-debut in 1969.

Model year 1971 would be the final year this multi-carb torque-thumper was offered in the Chrysler model line. Here it is backed by the A727 TorqueFlite automatic transmission, and this car also features power brakes. The radio-delete car came off the assembly line in EV2 Tor-Red with a matched black interior and top. Inside are bucket seats, a center console with Slap Stik shifter and many original components. The outside is highlighted with black billboard graphics, chrome bumpers, body-color sport mirrors, a Go Wing rear spoiler, hood pins and the Shaker hood.

Today, this special Cuda rides on Rallye wheels and upgraded radial tires. There is an exclusive market for cars in this condition, where respect comes from originality. Coupled with its production rarity, this export V-Code 1971 Plymouth Cuda Convertible stands alone.