KCMG to debut at the Nürburgring 24 Hours with Porsche 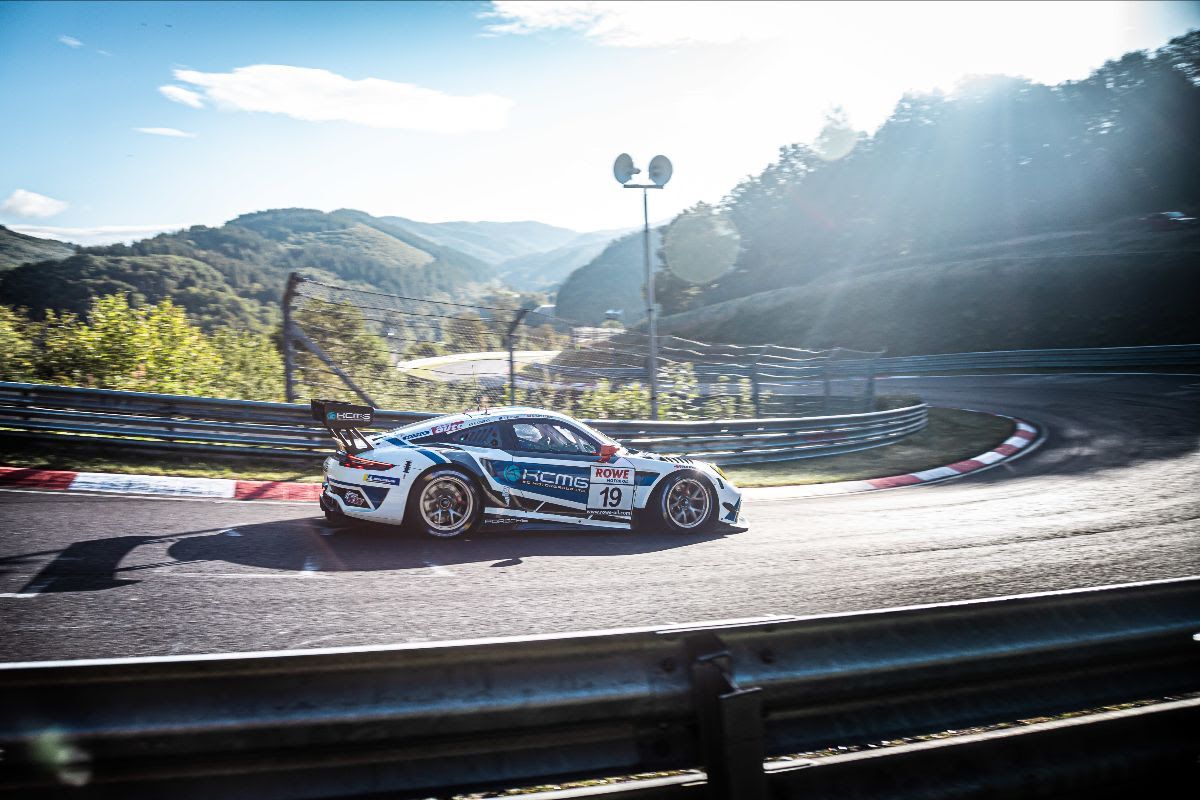 In its debut season with the German manufacturer, KCMG will attempt the 24 Hours for just the second time, the annual event being one of the highlights of the endurance racing calendar since its first edition in 1970. Hosted at the fearsome Nürburgring Nordschleife circuit, the Hong Kong squad competed in four NLS rounds with Porsche in preparation for the race. Adapting to the new car quickly, KCMG was the top-performing Porsche twice and finished in the top 10 at each race.

As was the case throughout the series, KCMG will enter two Porsche 911 GT3 R, with the factory trio Patrick Pilet, Richard Lietz and Dennis Olsen onboard the #18 alongside Alexandre Imperatori who will run in both cars for his seventh attempt at the Nordschleife enduro. The Swiss racer boasts nine years of experience in driving Porsche’s GT machinery.

In the #19, NLS mainstays Romain Dumas, Josh Burdon and Edoardo Liberati will drive alongside Imperatori. A factory driver since 2004, Dumas has won the 24 Hours four times for Porsche and sits fourth on the all-time list for most victories, while Burdon and Liberati are making their second appearance after racing KCMG’s 2019 effort.

The team will get out on track on Thursday and Friday for practice and qualifying, with the race schedule to start at 15:30 CET on Saturday.

Patrick Pilet, #18 Porsche 911 GT3 R: “We’ve finally arrived at the N24 race weekend after plenty of preparation already this season. The team has done a fantastic job helping us get ready for this event, we all feel prepared. I’m looking forward to the race, I think with just a few tweaks we can fight at the front.”

Richard Lietz, #18 Porsche 911 GT3 R: “It’s going to be a great weekend. I’m hoping for a great result but, as always, it’s about survival. With such a quality team behind us, we have the potential to challenge for the podium and even the win, but our focus is on being consistent and avoiding mistakes.”

Dennis Olsen, #18 Porsche 911 GT3 R: “I’m really looking forward to the 24 Hours with KCMG, after a huge amount of effort from the team to prepare all of us for the challenge ahead. We have a very strong package and can fight for the win, so I can't wait to get the weekend started.”

Alexandre Imperatori, #18 & #19 Porsche 911 GT3 R: “The big one is finally upon us and I feel we’re well prepared to take on the challenge. We’ve made good steps since racing resumed a few months ago and I’m really excited to get on track, even if it will be an atypical edition with the longer nights and no spectators. Nonetheless, the fight will be as intense as always and I’m hoping to do a great job for KCMG.”

Romain Dumas, #19 Porsche 911 GT3 R: “This is the big one. Our preparations in NLS have been really good and we’re getting better race-by-race. There will be plenty of competition, but I think we have a strong package and as long as we have a clean race, we can achieve a very good result. Porsche is always strong at the Nordschleife and we will try to continue this tradition.”

Josh Burdon, #19 Porsche 911 GT3 R: “Finally, the Nürburgring 24 Hours is here and I’m so happy that the race is going ahead after such a crazy season. I’m confident in our package as a team and know that we’re well prepared after a couple of strong races in NLS. I’m really excited to get underway.”

Edoardo Liberati, #19 Porsche 911 GT3 R: “After all the hard work, preparation and dedication put in place from everyone at KCMG, we’re finally ready for the Nürburgring 24 Hours. I’m very confident in the strength of the package and we’re hoping to challenge for a great result.”

Paul Ip, Team Founder: “We’ve had a great season of preparation in NLS and are ready for the headline event. The switch to Porsche has been very promising, and we’ve been encouraged by the speed and the consistency of the drivers in both cars. As we know, this race is about staying mistake-free and ensuring that we’re in with a chance going into the final hours of the race.”