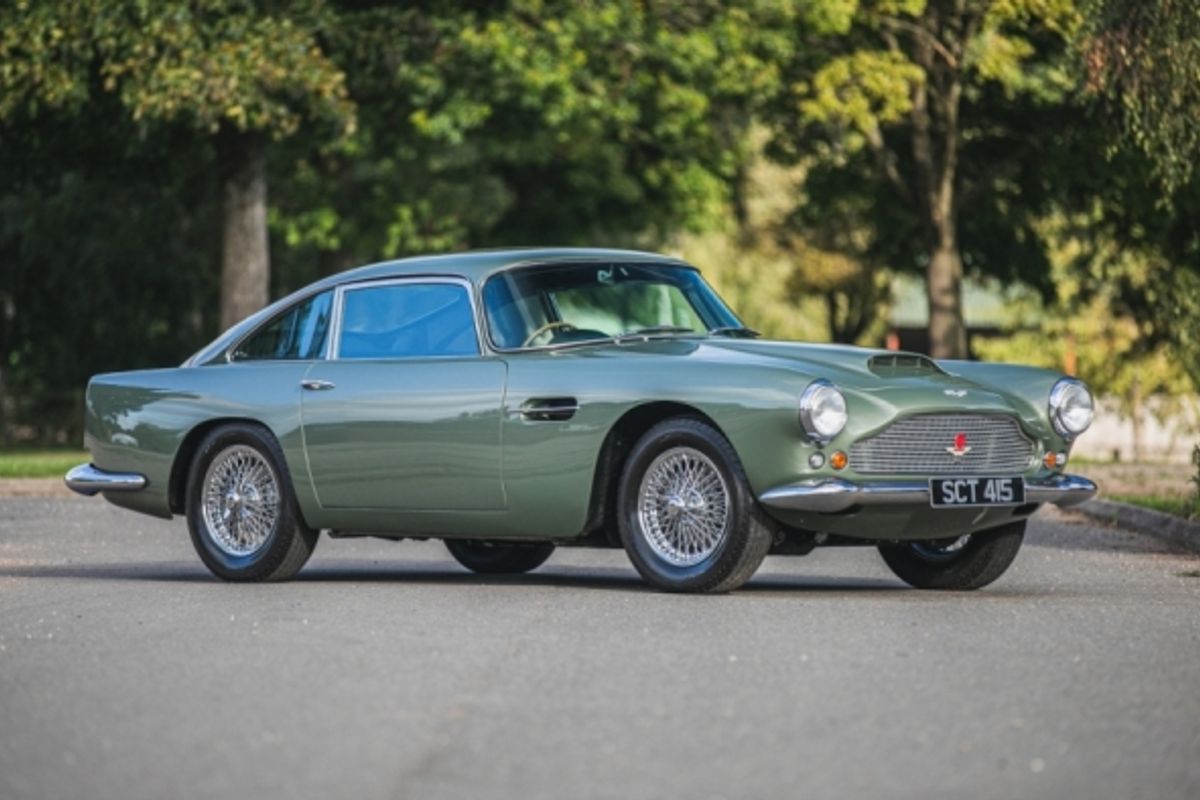 Following the news that the annual NEC Classic Motor Show event has been cancelled, Silverstone Auctions can confirm that their sale will go ahead in the format that they have successfully used for their last two sales (May and July/August). Their live online set-up allows for bidding of the cars at home, as the auction is live streamed online and bidding takes place online, on the phone or via a pre-bid.

There are already a number of superb classic and collector cars confirmed for the two-day sale, including a beautiful 1960 Aston Martin DB4 Series II Coupe which is one of just 350 examples produced. Finished in the lovely shade of California Sage Metallic, this classic is in remarkable condition following an engine overhaul and some £30,000 worth of attention to its brakes, steering and suspension. The outcome is a wonderful car with great provenance as well its original registration number, SCT 415.

Harry Whale, Silverstone Auctions Sales Manager commented “Whilst 2020 has not been how we planned, we are really proud that we have found a way to operate safely for both our sellers and buyers. Our auction in November will follow the same format, with viewing by appointment in the week preceding the sale and the auction streamed online”.

“The catalogue of cars is already building, and we are excited to see the final line up in preparation for our last sale of 2020. We have had some remarkable results this year, achieving great prices for our vendors and offering exceptional cars to our buyers”.

A number of modern classics will be offered in the sale, including a 1985 Renault 5 Turbo 2 which was formerly part of the prolific collection of Alan Matthews, the Renault and Alpine enthusiast. This homologation special, midengined, wide-bodied, turbocharged, hot hatch is finished in Pearl White and has covered less than the 30,000 miles. These were era-defining cars and this particular one is a well-cared for example.

An original, French-market 1996 Porsche 911 (993) Carrera RS is also confirmed for the auction in November. Finished in the striking colour of Speed Yellow and featuring the Clubsport Aero kit, this example was imported into the UK in 1999 and has a detailed history since then. With matching numbers (engine and gearbox), less than 35,000 miles and just two owners since its arrival, this superbly presented 993 RS is not to be missed.

A fantastically low-mileage (6,915 miles) 2011 Mercedes-Benz SLS AMG is another modern classic to feature in the sale. Featuring gullwing doors which pay homage to the iconic 300SL and looking stunning in Le Mans Sapphire Red Metallic, which is one of nine exclusive colours, the car is simply breath-taking.