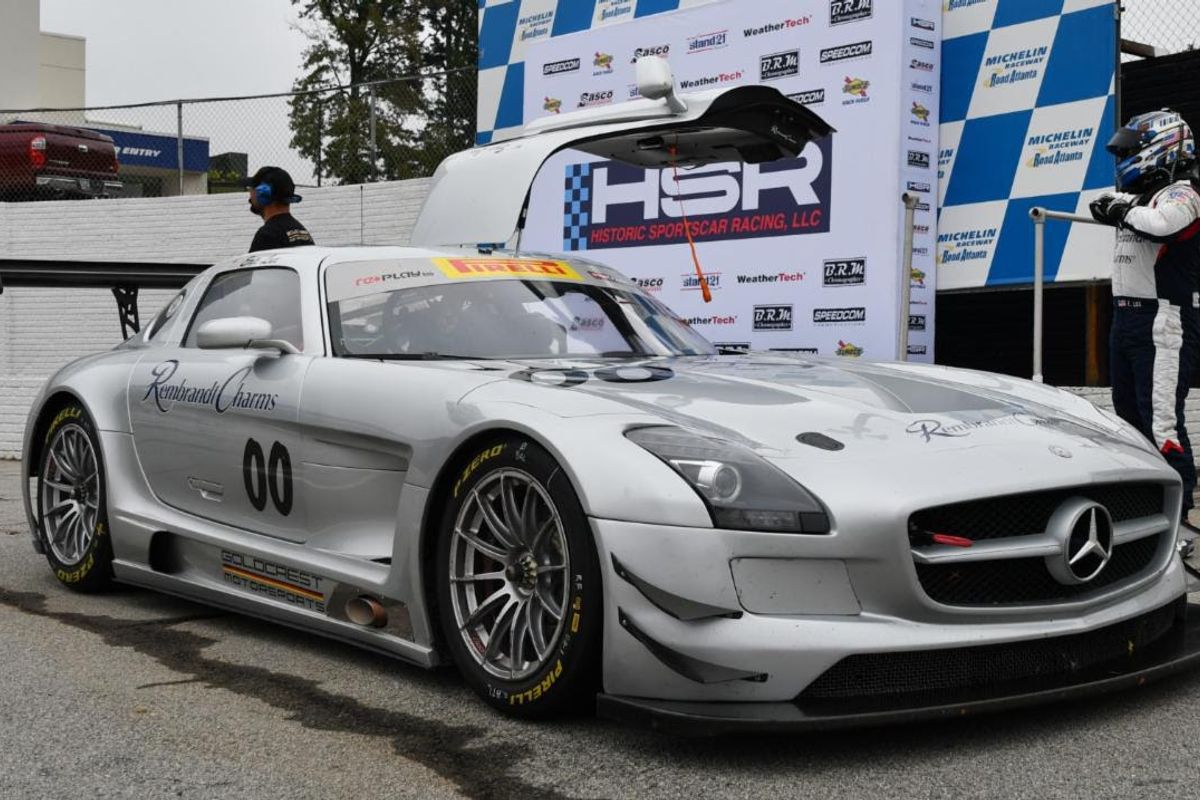 Lux scored the overall and Porsche class win in his Goldcrest Motorsports 1973 No. 0 Porsche 911 RSR in Friday's weekend-opening Sasco Sports race. He took to the wheel of the white RSR again for two more races Saturday, but it was another car that Lux drove to his first of two victories on the day at Michelin Raceway.

Driving a Goldcrest-prepared 2011 No. 00 Mercedes-Benz SLS AMG GT3 he has owned since racing the car in its prime in World Challenge competition, Lux started his winning Saturday with a convincing victory in the HSR WeatherTech Sprint Group 9 race.

A well-timed switch to rain tires let Lux stage a come-from-behind overall and GTC victory in the No. 0 Porsche, but an equally impressive performance was turned in by Vintage class winner Amber Stephenson.

Driving her "Wonder Woman" themed 1983 No. 76 Ford Spec Racer (FSR), Stephenson battled in the top-five with several different GTC-class 911 Porsches while treading through the wet conditions that caught several other competitors out.

The result was the Vintage division victory and solid fourth-place overall finish in the No. 76 2Girls Racing-prepared FSR.

Alegra Motorsports co-drivers Carlos de Quesada and Scooter Gabel stayed on slick tires throughout the B.R.M. Enduro but pressured Lux to the end in their 1973 No. 22 Porsche 911.

The Alegra duo finished second while Catesby Jones, who led late in the race before a restart with minutes to go, finished third in his 1974 No. 19 Porsche 911 IROC.

The HSR Fall Historics wraps up Sunday with the Historic, Prototype and GT Modern (GTM) B.R.M. Enduro getting the day started with an 8 a.m. EDT green flag.

Another Sunday highlight is the second round of WeatherTech Sprints for all classes while the HSR Stoner Car Care Global GT and HSR Classic RS Cup series share the track for a dual-feature sprint race that brings the weekend to a close Sunday afternoon.