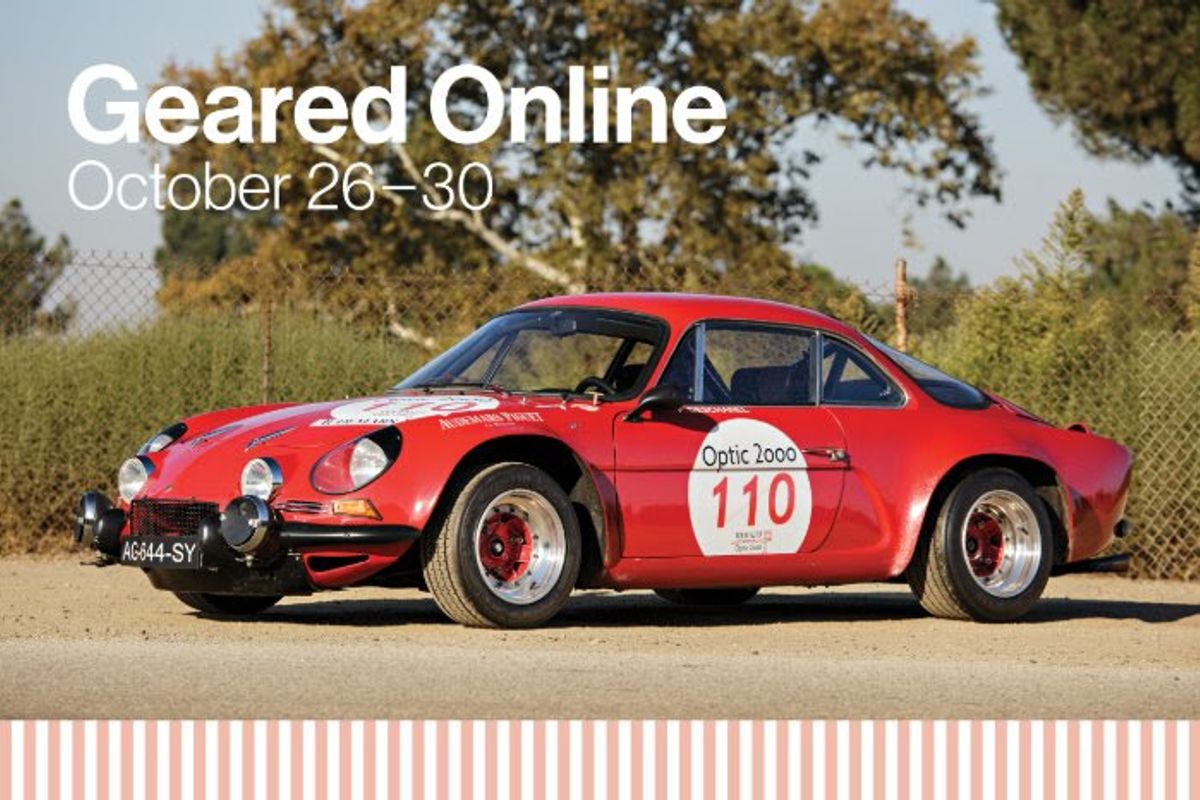 The first winner of the World Rally Championship was an Alpine A110, an innovative French sports car that was first introduced in 1962 and uncompromisingly developed over the next decade. Of the many A110 variants produced, the car presented here is among the most desirable – a genuine example of the highly evolved 1600 VB model, of which approximately 800 were built between 1969 and 1972.

Delivered new to France, this A110 has a long and well-documented racing career, having been campaigned in over 150 events since 1970. Raced by noted Alpine driver Michel Bessac throughout the early 1970s, Bessac re-acquired the car in 1990 and gave the A110 a second career as a historic racer. Professionally restored in correct Group 4 specification, this Alpine has participated in the exclusive Tour Auto Optic 2000 in 2011 and 2012, and also took part in the Gstaad Classic and Rallye Neige et Glace.