Maserati commemorates victory of the Tipo 300S at Venezuela GP 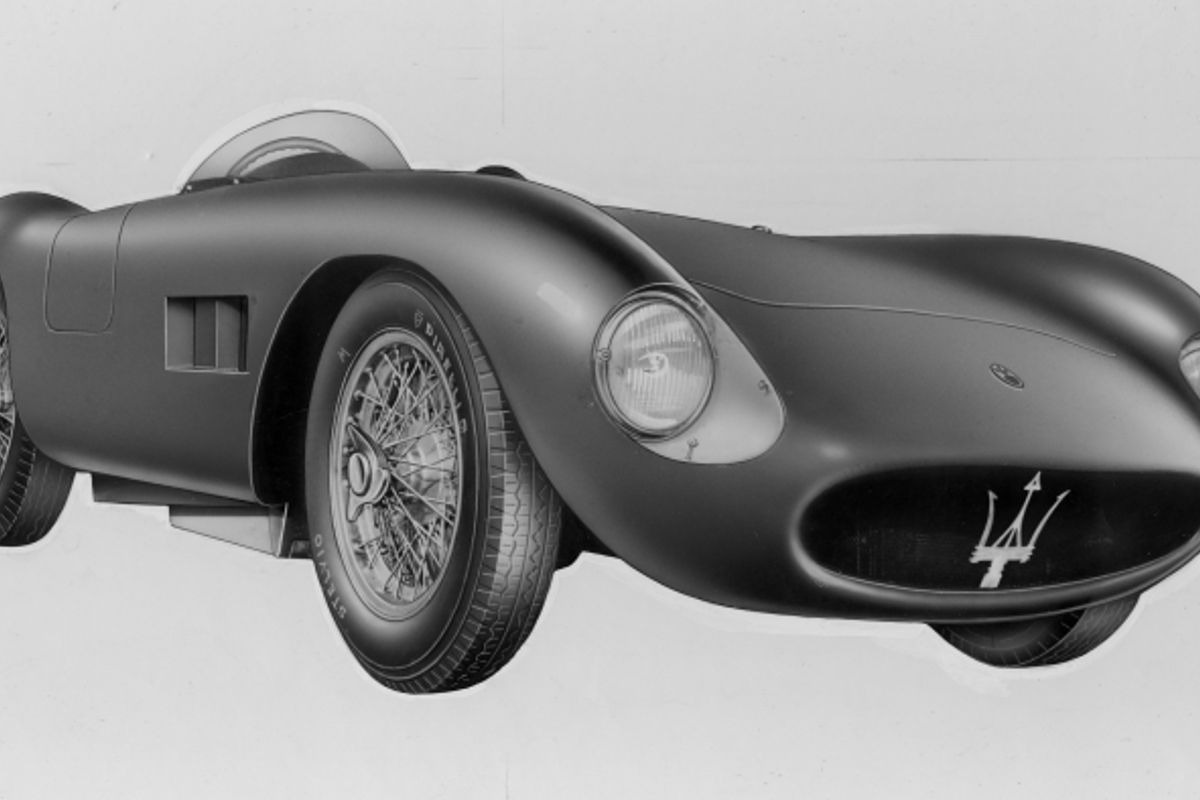 On 6 November 1955 the Maserati Tipo 300S, with Juan Manuel Fangio at the wheel, was the first to take the chequered flag at the Venezuela GP, marking the start of two years of major successes that boosted the Trident Brand’s reputation at the international level.

Today, Maserati commemorates this important victory to underline its strong connection to the world of motor-racing. In fact, Maserati was born on the track, from a unique set of racing DNA, and from the audacity, first of the Maserati brothers, and then of its drivers. A tradition and history of wins on roads and circuits all over the world, where the Trident's victories have made it a standard-bearer for Italian excellence.

Racing has always been Maserati's natural habitat: it was in competition that its myth started to emerge, and even now, with its new Era, the Brand is starting from its roots as it builds its future. The new MC20 supercar will mark Maserati’s return to the world of racing.

Maserati Tipo 300S
The Tipo 300S was created in 1955 as an evolution of the 250S single-seater, and it was the symbol of Maserati in international racing until 1959. Already in 1954, with the development of the 250S prototype fitted with a 230 hp 2.5-litre engine derived from the unit mounted in the 250F racer used in F1, the Maserati technical staff began to work increasing the displacement and power output. The result was the straight six 3.0-litre unit, more powerful and higher-performing but with fewer mechanical stresses due to the lower compression ratio and a reassuringly low rpm, in spite of the higher piston speed.

The rest of the engine’s architecture and details were the same as the straight six 2.5-litre unit, including two overhead camshafts and twin ignition: the grand prix construction concepts had been transferred to a sports car, and in the future the same mechanicals would also be adopted for standard production. From the engineering point of view, the 300S was a true masterpiece: the seats of the high-diameter valves and the recesses for the two spark plugs for the twin ignition are clearly visible in the engine’s hemispherical combustion chamber. The front suspensions consisted of double wishbones and a helical spring with coaxial telescopic shock absorber.

Finally, the brake drum was a real work of ingenuity: the light alloy casting had radial fins and holes for heat dispersal. The chassis was also modified to respond to the greater stresses derived from the increased weight, with a trellis of oval and round tubes.

The external configuration, with bodywork by Fantuzzi and sports car lines, was solid yet attractively proportioned. The large front air scoop carried the traditional trident framed by aluminium profiles, and the driver’s seat was protected by a small windshield. Finned vents featured on the sides to prevent air from stagnating in the engine compartment. Twin exhaust pipes ran down the bottom of the left-hand side, ending near the rear wheel. Finally, the tail was bulkier because it concealed the 150-litre fuel tank, the 20 kg side oil reservoir and the spare wheel.

In the mid 1950s new theories of aerodynamics were being developed, and therefore the bodywork of the 300S underwent a series of styling upgrades during its lifetime to enhance its efficiency.

Looking back over its racing career, in its debut events in 1955 the 300S immediately revealed its prowess in competition, and its successes on track were confirmed by the large number of orders placed by racing teams and gentlemen drivers.

Giulio Alfieri introduced a series of experimental improvements to the car to make it more and more competitive – such as fuel injection – and it was highly successful in Italian and international races, becoming the Brand’s best car in sports category events for two seasons. In 1955 the Tipo 300S won the Venezuela GP with Juan Manuel Fangio at the wheel, but 1956 was the year of its greatest triumphs, and when it just missed taking the Sports car world championship. The reliability of its engine and the perfect response of its chassis were the two main features that enabled the Tipo 300S to achieve its well-deserved success.

In 300S cars, in 1956, Stirling Moss and Carlos Menditeguy won the Buenos Aires 1,000 km, and Pietro Taruffi was victorious at the Giro di Sicilia (1st in class up to 3,000 cc) and the Targa Florio (1st in class up to 2,000 cc), Jean Behra at the Bari and Castelfusano Circuit Races, and Franco Bordini at the Five Hours of Messina. In the same year, the car was successful at the 1,000 km at the Nürburgring, with Stirling Moss, Jean Behra, Pietro Taruffi and Harry Schell taking turns at the wheel.