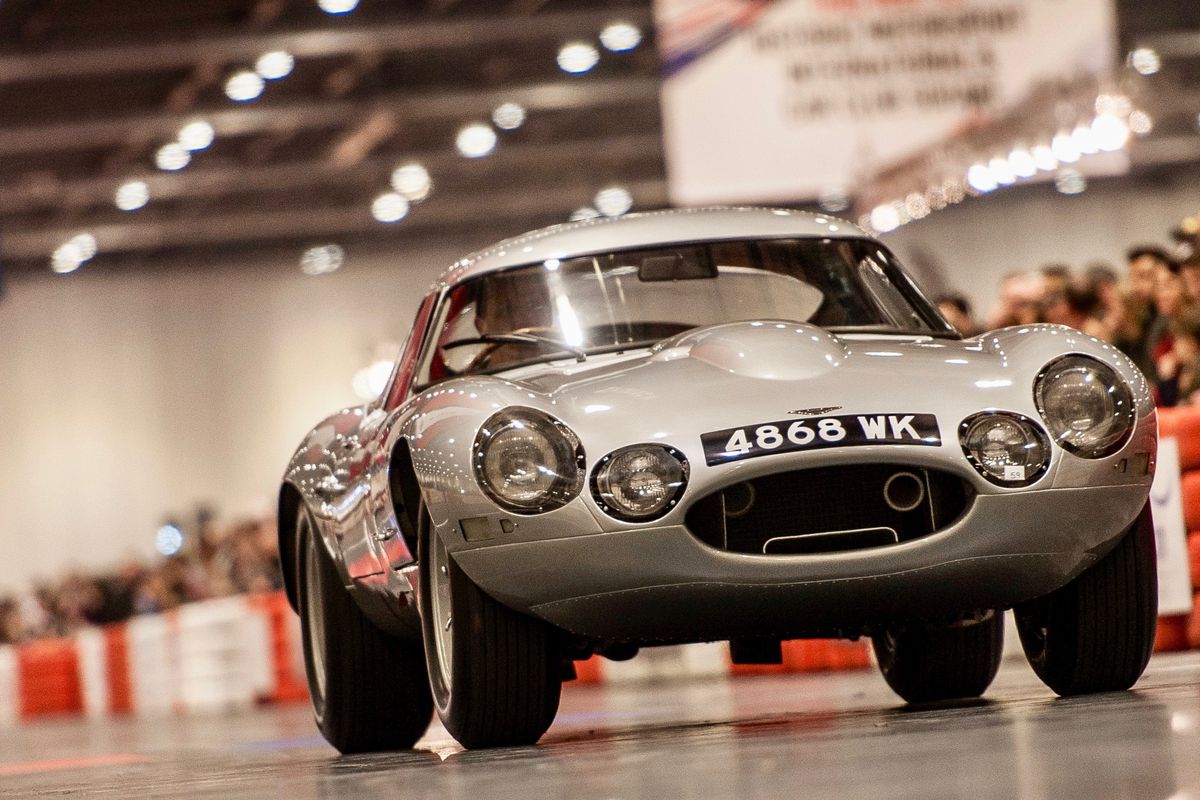 Next year marks the diamond anniversary of one of the most acclaimed and admired cars in automotive history – the legendary Jaguar E-type. This magical 60-year milestone will be celebrated in style at The London Classic Car Show 2021 (16-18 April).

As confirmed last week, the capital’s premier event for classic car purveyors, collectors and enthusiasts has been moved to a new Covid-compliant venue in the scenic grounds of historic Syon Park. Advance tickets for the carefully created socially distanced, outdoor yet covered event went on sale yesterday (Thursday) with significant discounts for Early Birds booking swiftly.

The Show’s central ‘The Evolution of Design’ theme will feature seminal cars from all automotive ages stretching back 135 years to the dawn of motoring… and few creations fit that evocative billing better than the iconic E-type.

When launched in 1961, the quintessential Jaguar sportster not only set new standards in automotive design but defined its generation. Described as ‘the most beautiful car ever made’ by none other than Enzo Ferrari, the eye-catching catwalk model epitomised the spirit and glamour of the Swinging Sixties.

“As London started to swing, the E-type quickly became every bit as synonymous with the fun-loving cultural revolution as The Kings Road, Carnaby Street, the mini skirt, Biba and The Beatles,” said Show Director Mark Woolley. “In so many ways, the capital city is the E-type’s spiritual home and that’s why we are so excited to be honouring its momentous 60th birthday with special showcases at next year’s The London Classic Car Show.”

Adding further pertinence to the landmark celebrations being planned for Syon Park, the springtime weekend now chosen for the rescheduled event falls very close to the seminal sportscar’s actual birth date. It was in March 1961 that Jaguar caused a sensation by unveiling the British beauty at that year’s Geneva Motor Show. Quite apart from its film star looks, the dazzling two-seater coupe offered 150+mph performance for a fraction of the price of rivals with similar gusto.

“The E-type really had it all,” continued Woolley. “It was a fast supercar, relatively affordable, uber-trendy and blessed with simply stunning styling. No wonder it became so fashionable and the car of choice for all the major top celebrities, whether movie stars, supermodels, sporting heroes or chart-topping pop stars.”

To mark the 60th anniversary, a number of very special E-type displays are being curated for The London Classic Car Show 2021. Dedicated dealers, restorers and specialists are also being invited to join the party along with the country’s leading Jaguar car clubs.


As in 2020, adult admission tickets are available in advance from £25 (£30 on the day) with a limited number of Premium upgrades also on offer.

Moreover, an extra Early Bird saving of an additional £5 is on offer for all those fast starters registering for the Show’s official newsletter before the 9 December deadline.

Providing reassurance for all ticket buyers, full refunds (excluding booking and transaction fees) will be offered should the show be cancelled as a result of Covid-19.