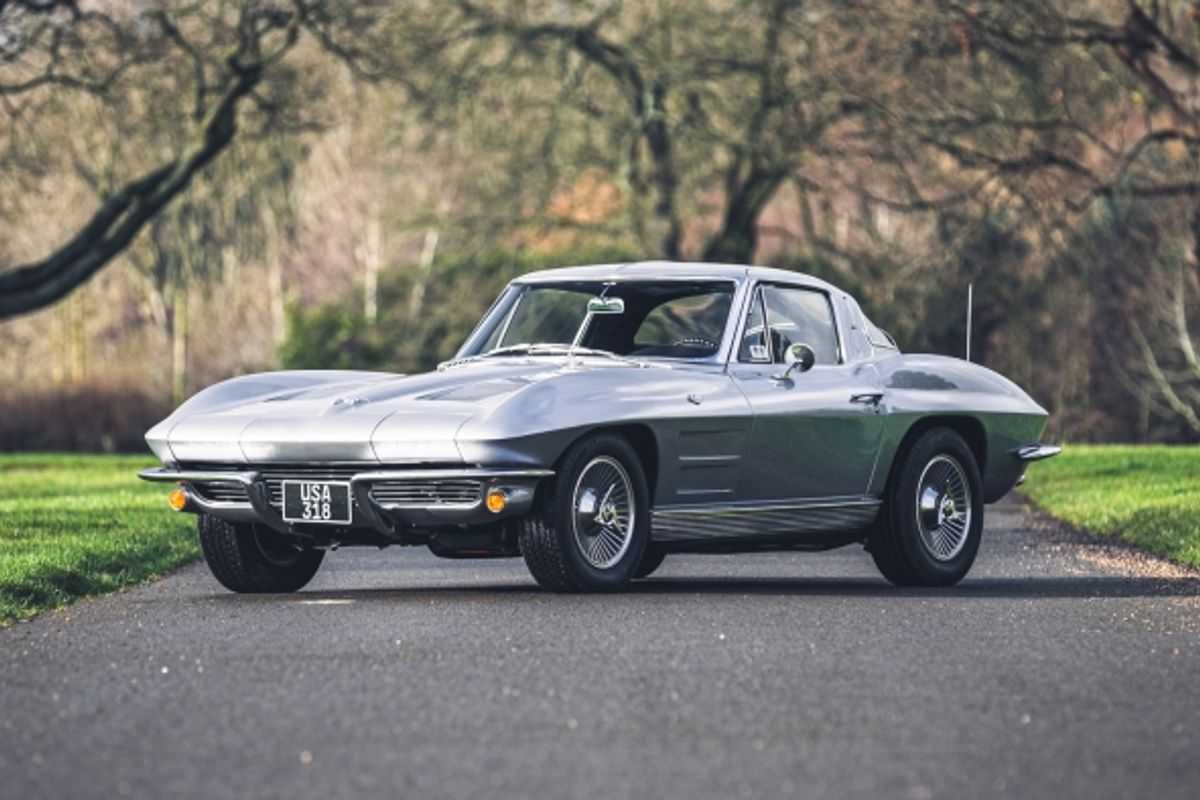 The Race Retro Live Online Auction will showcase a significant number of iconic American classics, all of which will be offered on Saturday 27th March.

No less than four Mustangs, two Corvettes, two Camaros, one Buick and one Studebaker all form part of the line-up, not to mention three luxurious motorhomes also from across the pond.

In production for just one year was the highly desirable 1963 Chevrolet Corvette C2 ‘Split-Window’ and this example is quite simply one of the best of its kind. The car had many Concours successes throughout the 1980’s and prior to the vendor purchasing it, he had the car inspected by marque expert Andy Cannizzo, who reported that “he hadn’t seen many in that condition”. Finished in Sebring Silver, it has a four-speed manual gearbox, and it is remarkably original throughout. Estimated at (£): 100,000 – 120,000.

Another superbly presented example is the 1959 Studebaker Silver Hawk Racer, which was prepared for the St Marys Trophy and UK/European pre-1960 Saloon Car Racing. Built to high standards by Patrick Watts Racing, it was fitted with a mildly tuned, 350ci Chevy engine from Daytona Design in Florida, a Borg-Warner T10 gearbox and a Dana 44 rear axle, a fairly bullet-proof combination that shouldn’t need touching for many races. This winning race car has a significant amount of history, is ultra-competitive, well maintained, admired everywhere and sensibly guided at (£): 44,000 – 55,000.

Sales Controller, Gary Dunne, commented, “We have some super American classic and competition cars in this sale, the variety is fantastic! I would encourage anyone interested to visit our website to view the entire lot listing, read the full descriptive details for each lot, where you will also find extensive images and video content”.

Of the four Mustangs in the sale, there is a rare specification 1970 Ford Mustang Boss 302 which is in super condition. Finished in Wimbledon White with a black interior and Black Knit Vinyl Décor bucket seats, its early life in the dry climate of Arizona probably accounts for its remarkably well-preserved condition. Out of the 7,014 Boss 302s produced, only 52 were equipped with a Traction-Lok rear axle and just five with the Shaker Hood, so this is an especially rare and highly desirable Mustang which is estimated at (£): 60,000 – 70,000. The 1965 Ford Mustang 289 Sport Coupe (Notchback) Race Car is a well-prepared competition example, finished to road-car quality in the distinctive Black and Gold of the famous Hertz 'Rent-A-Racer' Shelby GT350s from 1966. The car was imported into the UK in 1999 and has since had significant investment, including an engine rebuild in 2019. Estimated at (£): 45,000 – 55,000, this car is complete with its FIA HTP, Class CT10 and is UK-road legal.

Silverstone Auctions are offering dedicated, one-to-one, virtual viewing of cars of interest from 24th February through to the 26th March. Viewing the cars in person is permitted to specialists who have been instructed to inspect vehicles of interest on your behalf and members of the trade. Bookings are arranged by appointment and this should be made by calling 01926 691141.

Silverstone Auctions are closing their catalogue in just over one week, on Monday 8th March. Entries are still invited to join the rapidly growing lot list for their live online auction.