with Team Rocket RJN in the 2021 British GT Championship

The DDP was suspended last year because it was not possible to carry out the programme with the social distancing requirements and compressed racing season resulting from the COVID pandemic. With the UK coming out of lockdown shortly and a full calendar of British GT races set to commence in May, Katie Milner (GBR), Michael Benyahia (MAR), Harry Hayek (AUS) and Alain Valente (SUI) are now looking forward to benefiting from the full programme this year.

All four drivers will contest the highly-competitive GT4 class in 570S GT4 cars prepared by Team Rocket RJN, a McLaren Customer Racing team. The outfit has proven experience in nurturing driver talent, having starred in British GT last year with McLaren GT Driver Michael O’Brien and World’s Fastest Gamer James Baldwin – the latter in his debut season of racing. The McLaren 720S GT3 pairing won the opening race of the season at Oulton Park and were title contenders throughout the campaign, eventually finishing in fourth place overall and third in the Silver Cup standings. The DDP driver pairings will be confirmed in the coming weeks as McLaren works with the team and drivers to prepare for the new season.

“We are delighted to finally have the opportunity to deliver the McLaren Driver Development Programme to the four highly promising young drivers that we selected a year ago during a rigorous assessment process. Following an excellent season in the Intelligent Money British GT Championship, we are also delighted to confirm Team Rocket RJN as the team that will be running our four drivers. This exciting new partnership should see them fulfil their potential by achieving great results in the GT4 title race.”

“Announcing our involvement with the McLaren Driver Development Programme is a fantastic way to begin our second season as a McLaren Customer Racing team. We’re also looking forward to expanding into the Intelligent Money British GT Championship’s GT4 class following a hugely successful debut campaign with the McLaren 720S GT3, which powered James Baldwin and Michael O’Brien to third place in the Silver Cup standings. With the 2021 season on track to get underway in late spring we’re confident that our highly talented young drivers will be a force to be reckoned with in the McLaren 570S GT4.”

After being launched by McLaren Automotive in 2018, the Driver Development Programme saw a milestone victory during the 2019 Snetterton 300 race with a first victory, as Jordan Collard and Lewis Proctor took top honours. This result was one of two victories and five further podium finishes for the two 570S GT4 entries run in partnership with Tolman Motorsport. These results saw McLaren secure second place in the GT4 Teams championship standings. Collard and Proctor claimed fourth spot in both the GT4 Drivers and GT4 Silver championships and have since graduated to McLaren Academy Driver status.

The McLaren Automotive Driver Development Programme is partnered with Prosource, Richard Mille and Pirelli once again for the 2021 season. 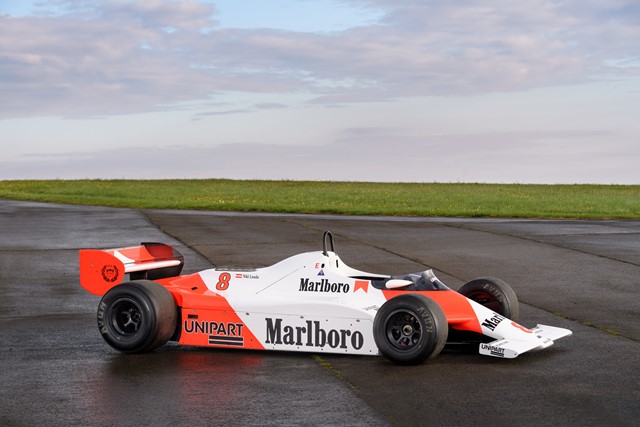