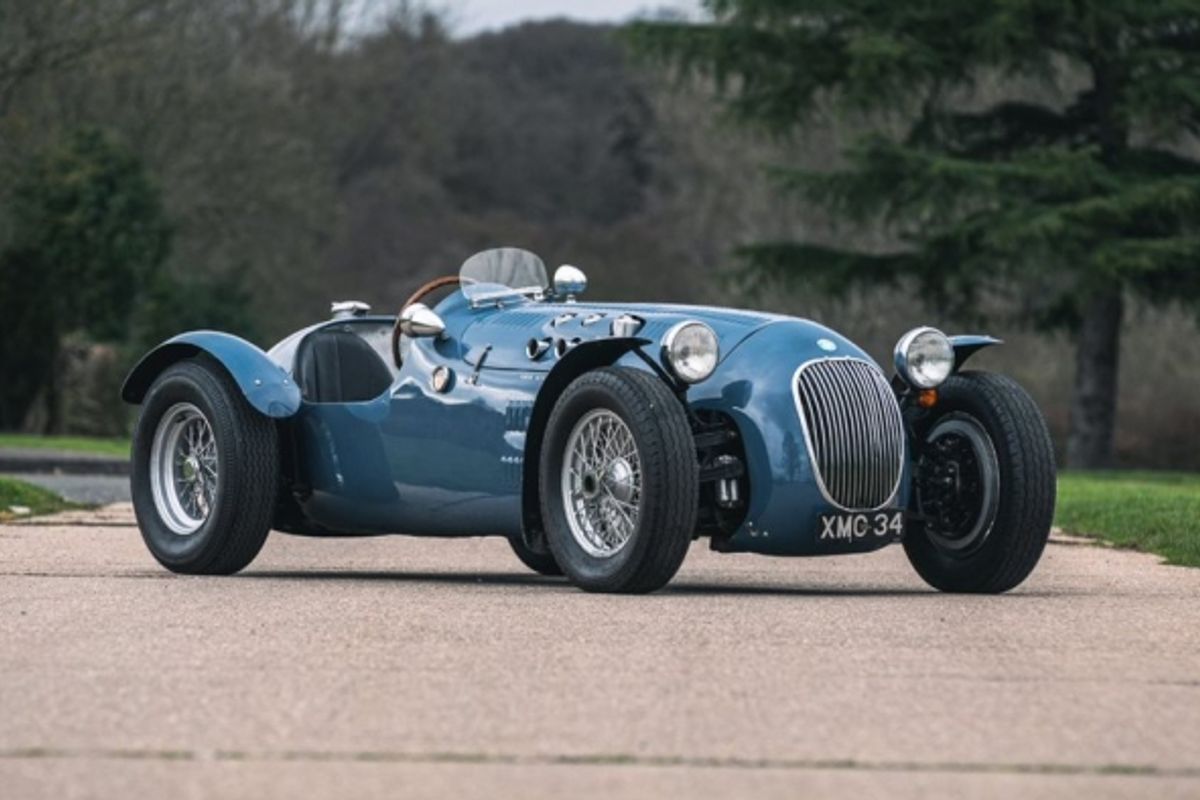 An important part of, not only motorsport history, but British post-war social history confirmed for the Race Retro Live Online Auction

One of the four works cars - has an incredible race history
Raced by Moss, John Heath, Lance Macklin, George Abecassis and Rudi Fisher
Incredible piece of British motorsport history can trace its origins to those charismatic ‘Garagiste’

HWM or Hersham & Walton Motors are often regarded as the greatest contributor to the growth of British motorsport on the post-war International race scene. John Heath and George Abecassis developed and raced from their Walton-on -Thames premises with 1950 marking a turning point, they entered four works cars designed to be campaigned in both the new 2-litre Formula B (Formula 2) class and in sports car events across Europe. With confidence high with a great design, they famously gave breaks to young drivers of potential with Sir Stirling Moss being effectively offered his first works drive debuting at Goodwood at the Easter Meeting on April 10th finishing 2nd.

Silverstone Auctions will offer this superb example which has an incredible race history. In 1950 the car was raced by Moss, John Heath, Lance Macklin, George Abecassis and Rudi Fisher. In all it raced in fifteen events across Europe including Reims, Grand Prix de Geneve and Grand Premio De Bari. On October 15th, 1950 Sir Stirling Moss gave it its swansong win at Castle Combe before being sold to Oscar Moore in 1951 who continued to race it with great success and even registered it for the road with the North London registration of XMC 34. This exceptional and interesting piece of history was then purchased by Silverstone Auctions vendor in 1965.

Sales Controller, Gary Dunne, commented, ‘We are delighted to announce that due to popular demand, we have decided to increase the Race Retro Live Online Auction by an extra day! Therefore, the sale will now take place on Saturday 27th and Sunday 28th March, with our sister company, Classic Car Auctions, opening the weekend with their Spring Live Online Auction, on Friday 26th March. We are thrilled to be offering this fantastic piece of early British motorsport in our Race Retro sale with such provenance – a great opportunity for anyone.”

This excellent piece of British motorsport history can trace its origins to those charismatic ‘Garagiste’ at HWM who took on 1950s Grand Prix legends like Alfa Romeo and Ferrari. The history file accompanying the HMW is beyond doubt one of the most complete motorsport stories that Silverstone Auctions have ever had the pleasure to present. From original HWM letters to copies of Autosport, period photographs and the two books by Simon Taylor which have provided the most complete account of the HMW story punctuated with a plethora of nostalgic images.

Silverstone Auctions are offering dedicated, one-to-one, virtual viewing of cars of interest to you from now through to the 26th March. Viewing the cars in person is permitted to specialists who have been instructed to inspect vehicles of interest on your behalf and members of the trade. Bookings are arranged by appointment and this should be made by calling 01926 691141.