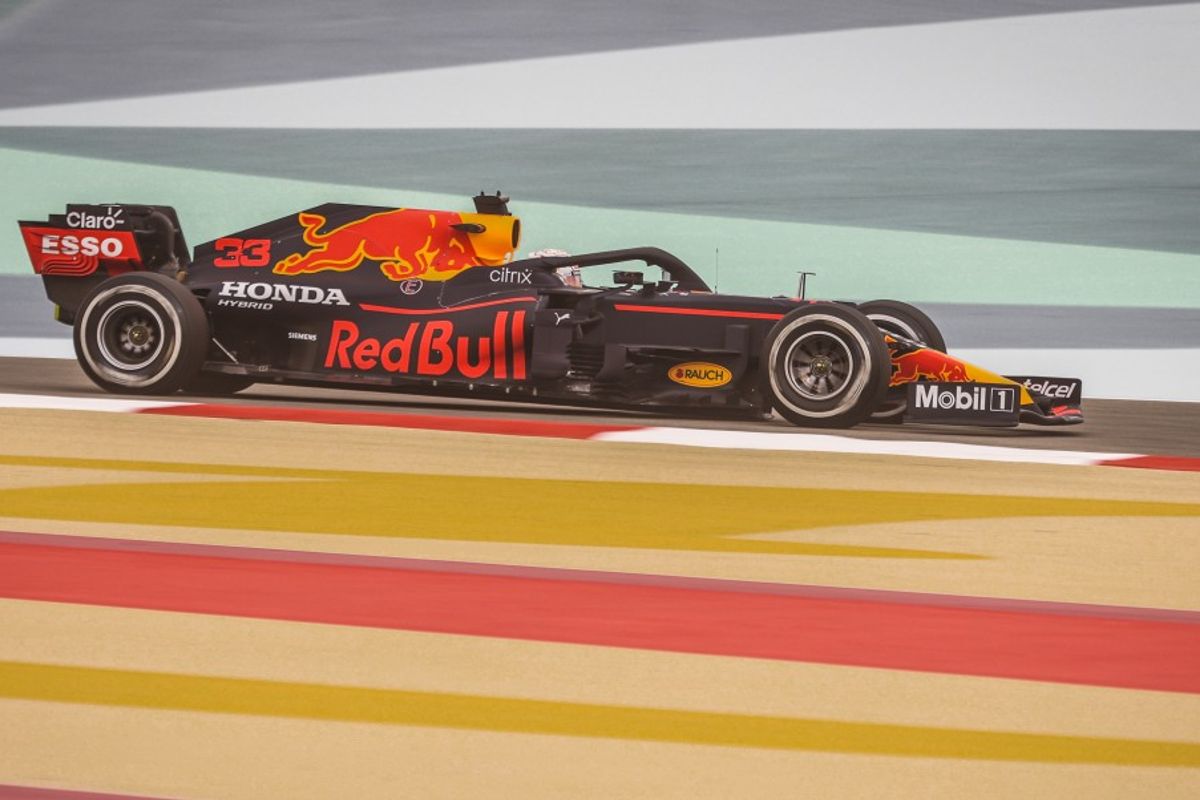 In hot and hazy conditions due to heavy winds whipping up sand, Verstappen set his quickest time, a lap of 1:30.674 set on Pirelli’s yellow-banded C3 tyre in the afternoon session as he also worked his way to the day’s largest lap count of 139 tours of the 5.412km circuit.

The Dutchman’s table-topping lap left him 0.215 seconds clear of McLaren’s Lando Norris with the British driver also using the C3 tyre for his best time. Third place on the day went to Alpine's Esteban Ocon, though the French driver set his best lap on the softer C4 compound.

Mercedes' test phase got off to a difficult start, however. Valtteri Bottas managed to complete a single installation in the morning before being sidelined by a gearbox issue.

Bottas was able to rejoin the session but managed just six laps in total before handing over driving duties to Lewis Hamilton.

Seven-time world champion Hamilton added 42 laps in the afternoon but suffered several off-track moments in the tricky conditions and ended the day in 10th place on the timesheet with a best time of 1:32.912 set on the C2 hard tyre.

Bottas, meanwhile, was left to prop up the timesheet in 17th place, six seconds off the pace.

"The first lap, the install lap, we realised there was an issue with the gearbox. We obviously had to localise the issue and change the gearbox, which takes quite a bit of time,” said the Finn of his troubled morning. "Only at the very end we got a few laps, and then it was red-flagged, and that was it. Six total laps, all with aero rakes on the car, so not much running today. Not an ideal start."

Fourth place in the session went to Aston Martin’s Lance Stroll. The Canadian driver finished 1.1s off Verstappen’s pace, as he ran on unmarked prototype Pirelli tyre. The tyre supplier is offering two prototypes this weekend that are identical to the standard C3 but produced in Turkey rather than Romania.

Stroll’s new team-mate, four-time champion Sebastian Vettel ended the day in P13 on the timesheet with a best time of 1:33.742. In all the Aston Martin pair got through 97 laps on a solid first day.

Vettel’s replacement at Ferrari, Carlos Sainz, took fifth spot on his first full test day for the Scuderia. The Spaniard finished with a best time of 1:31.919 set on C3 tyres.

Like Mercedes, Ferrari also encountered mechanical woes, as Charles Leclerc was halted by an issue in the morning.

Kimi Räikkönen posted 63 laps for Alfa Romeo in the morning session and team-mate Antonio Giovinazzi added a further 68 in the afternoon to complete a decent first day for the Swiss team as they placed 12thand sixth respectively.

Further back Williams tester Roy Nissany was 14th for Williams as he worked through 83 laps, while Haas rookie Nikita Mazepin completed 70 laps on his way to P15. It was a less auspicious first outing with the American team for 2020 Formula 2 champion Mick Schumacher. The German only completed 15 laps.