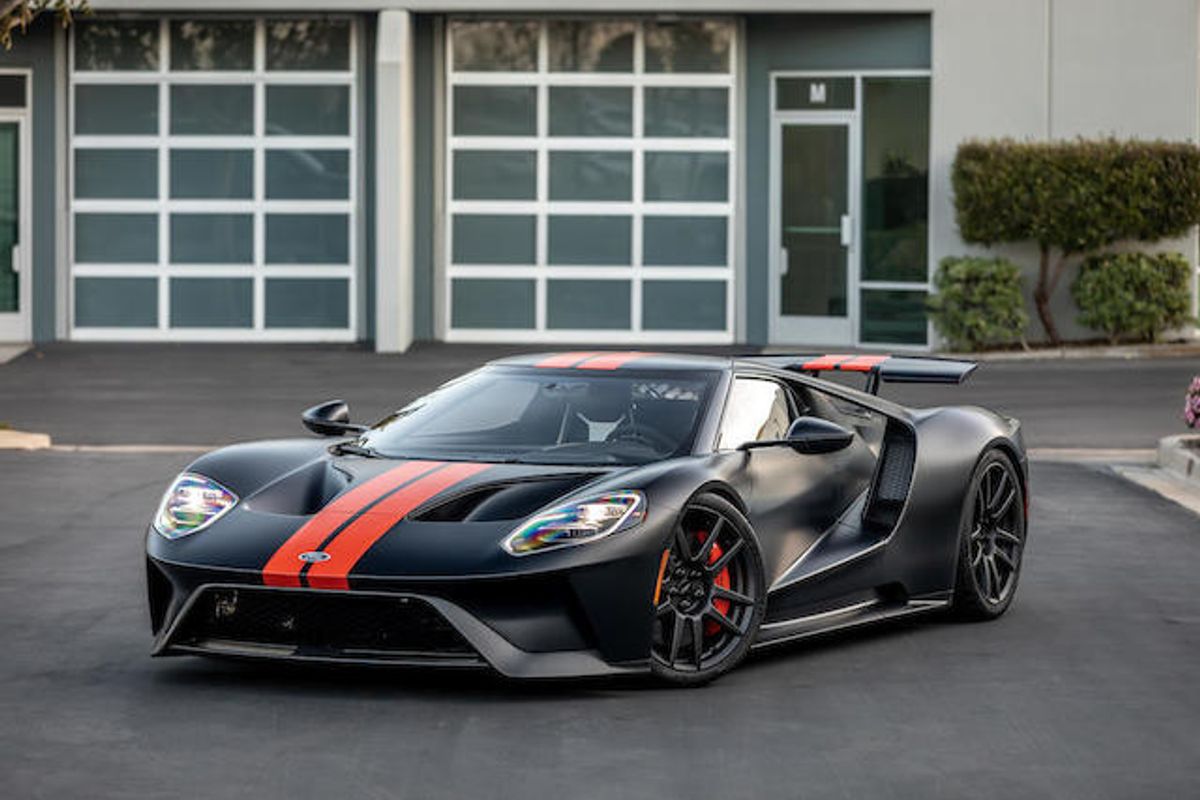 Ford's second-generation GT was not conceived as a mere celebration of the 50th anniversary of the company's historic triumph over Ferrari at the 24 Hours of Le Mans in 1966. It was also intended to repeat the feat. And it did.

Entered by the Chip Ganassi Racing team, the new GT swept four top-10 spots in the LM GTE class in 2016, including first and third, and – once more – edging out the competition from Maranello.

The GT was the product of a skunkworks organized by Raj Nair, Ford executive vice president for product development and chief technical officer. He and a band of enthusiasts among Dearborn's ranks took on the mission of creating an all-new supercar that could not only win on the track but could also be built and sold as a road car, so that it could be homologated for the GTE class. For power, the team chose as its foundation Ford's EcoBoost V6 engine, a powerful, compact unit that had already been modified to produce 450bhp in the remarkable F-150 Raptor, the GT's Ford Performance sibling. The engineers liberated another 197 horsepower through the use of larger turbochargers and new manifolding and gave the mid-mounted engine a dry-sump oil system to keep everything lubricated on the track. In Sport, Track and V-Max modes, the GT activates an anti-lag system, which keeps the big turbos spinning, ready for action at a moment's notice.

The transaxle is a seven-speed, dual-clutch Getrag unit, which can be controlled through aluminum shift paddles or allowed to shift for itself. With launch control activated, the GT can reach 60 mph in a mere 3.2 seconds. Just like the GT, the GT Mk II is composed of a carbon fiber passenger cell and structural carbon fiber body panels, with front and rear aluminum sub-structures.

The passenger shell and body panels are constructed of carbon fiber, with front and rear aluminum substructures, for strength and light weight. Fully active aerodynamic components improve braking, handling and stability. An active rear spoiler can deploy and adjust its height and pitch angle, and even change its shape, depending on speed and driver input. Shutters in the nose open and close to direct airflow as needed, ensuring that front and rear downforce are always in balance.

The lines of the GT are where form and function meet heritage. Every opening, every plane of the body's form contributes to its aerodynamic performance, with nothing indulged merely for appearance's sake. The distinctive flying buttresses channel air around the canopy and over the rear spoiler and provide a route between the intercoolers and the engine's intake plenum. The overall design, while calling to mind the original GT40, is absolutely fresh and modern.

The four-wheel independent suspension is in the Formula 1 mode, with the wheels connected to torsion bars, anti-roll bars and shock absorbers through pushrods and bellcranks. Spring rates are varied depending on driving mode. In Track Mode, the suspension lowers the car by two inches, helping to minimize underbody airflow; in V-Max mode, with all systems optimized for maximum straight-line speed, the GT can achieve 216 mph.

The purposeful interior, though beautifully trimmed, favors performance over luxury. As with many other serious racing machines, the two-seat interior features carbon-fiber seats that are integrated into the passenger cell to save weight. The steering wheel and pedals can be adjusted for the driver's comfort. The instrument cluster is digital, and fully configurable.

Production began in December 2016 at Multimatic Engineering of Markham, Ontario, with a target of 1,000 cars to be produced over four years, since increased to 1,350 in response to high demand. Potential buyers were invited to submit applications, with credit given for past involvement with the marque. Buyers were prohibited from reselling their GTs for 48 months.