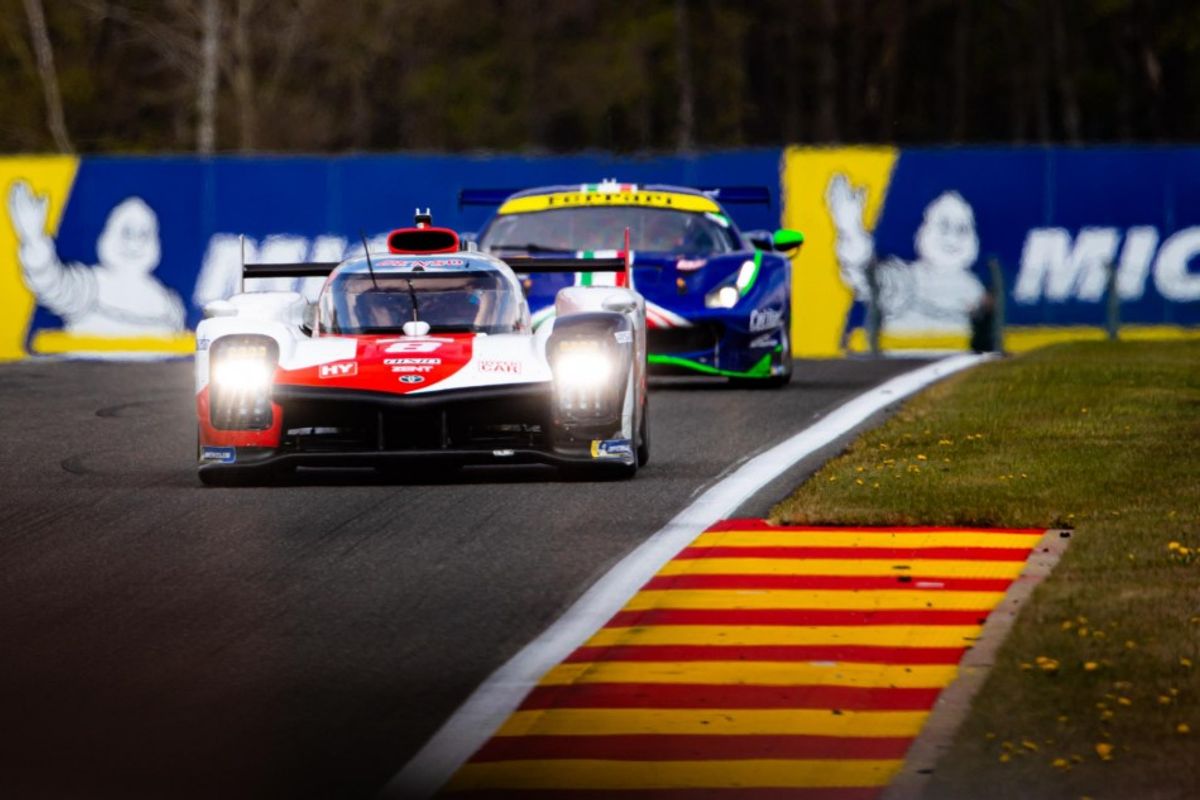 The Total 6 Hours of Spa-Francorchamps saw history made with the first Hypercar victory going to Toyota, with the #8 Toyota driven by Sebastien Buemi, Kazuki Nakajima and Brendon Hartley taking the chequered flag for Round 1 of the 2021 FIA World Endurance Championship.

There was a race long battle for the Toyota GR010-Hybrid with Alpine A480, which eventually went Toyota’s way as Sebastien Buemi took the flag ahead of Andre Negrao driven Alpine in second.  The #7 Toyota had a troubled race after an off track incident, penalty for contact and a final hour on-track stoppage, but Kamui Kobayashi was able to take third place at the end of the 6-hours.

#92 Porsche GT Team 911 RSR–19 driven by Kevin Estre and Neel Jani took a comprehensive victory in LMGTE Pro.  The win is the second for Estre at Spa in as many years, while Jani makes a winning return to WEC after three years away, his first in LMGTE. Porsche led for majority of race despite an early race tyre issue.

The #22 United Autosports USA Oreca-Gibson took a crushing LMP2 victory as reigning champions Filipe Albuquerque and Phil Hanson, along with new teammate Fabio Scherer stake an early claim to retain titles.  Albuquerque enjoyed a sizeable gap of over a lap to rest of competition in dominant display.

JOTA come through the field and take second and third places with #28 car driven by Tom Blomqvist, Stoffel Vandoorne and Sean Geleal were set to be runners-up position but a late race penalty for contact with Alpine Hypercar saw the #38 JOTA Oreca-Gibson of Anthony Davidson, Roberto Gonzalez and Antonio Felix da Costa snatch second, with their teammates taking the final podium place at the flag.

Reigning class champions AF Corse took a comfortable win, with Francois Perrodo, Alessio Rovera and Nicklas Nielsen taking the win 44 seconds ahead of the nearest rival in the #83 Ferrari 488.

The pole sitting #33 TF Sport Aston Martin of Ben Keating, Dylan Pereira and Felipe Fraga finished second despite an early huge moment for Keating after the American was side swiped by the #21 Dragonspeed USA Oreca of Juan Pablo Montoya. Keating managed to stay out of the wall and rejoined the fight, while Montoya received a penalty for the collision.

The next round of the FIA World Endurance Championship is the 8 Hours of Portimao in Portugal on Sunday 13 June.