Thought as an ex owner of a 964 RS - this was a fairly reasonable buy for someone at £135,700 - pretty and rare in Ameythyst and enough miles on the clock to enable someone to actually use it with impunity...

Two Jaguar supercars from different eras were top cats at the Bonhams Goodwood Revival Sale on Saturday 18 September, with a 1993 Jaguar XJ220, with just over 400 miles covered since new, setting a new auction world record for the model, selling for £460,000.

Meanwhile its spiritual ancestor, a 1956/1980s D-Type Sports-Racing Two-Seater, owned by Goodwood Revival racer Valentine Lindsay, made £799,000 and was the top lot of the day.

The collection of the late businessman Stan West – 'Best of British' marques represented by 24 motor cars spanning more than 80 years, achieved a white glove sale, with 100 per cent sold. Leading the collection was a 1955 Bentley R-Type Continental Sports Saloon which made £642,200 and was the second most valuable lot of the day.

Another lot making headlines on Saturday was a one owner from new 1971 Iso Grifo 7.4-litre Series II Coupé which sold for £345,000, considerably above its pre-sale top estimate of £250,000 – a fantastic result for this time warp machine that had been put away in its owner's garage in 1974 where it had remained until being brought to Goodwood.

Tim Schofield, Head of Department, Bonhams Motor Cars UK, said of Bonhams' first Goodwood Revival Sale in two years:
"This was an excellent result, and we are thrilled to have set yet another auction world record with the sale of the XJ220.

"We are also especially pleased to have achieved a white glove sale for the Stan West collection. Stan was a great friend to Bonhams, and we were proud to have been entrusted to handle this collection, which reflected his passion and enthusiasm for the finest British marques."

Preceding the motor cars sale was the ever-popular automobilia auction led by the sale of UK vehicle registration number '8 X', which sold for £197,800, exceeding its pre-sale top estimate of £120,000.

With the imminent release of the new James Bond film No Time to Die, 007-fever had clearly swept the Bonhams sale room when a 1970 UK tax disc issued to the original 'Goldfinger' Aston Martin DB5, used by Pinewood Studios in the James Bond film, sold for a staggering £25,250, more than 10 times its pre-sale estimate, following a two-way bidding war in the Bonhams saleroom at the Goodwood Motor Circuit.

Bonhams Motor Car department will be heading to the USA for its next sale, the debut Newport Concours Auction taking place on October 1 in Rhode Island, followed by The Zoute Sale a week later (10 October) in Knokke-Heist, Belgium. 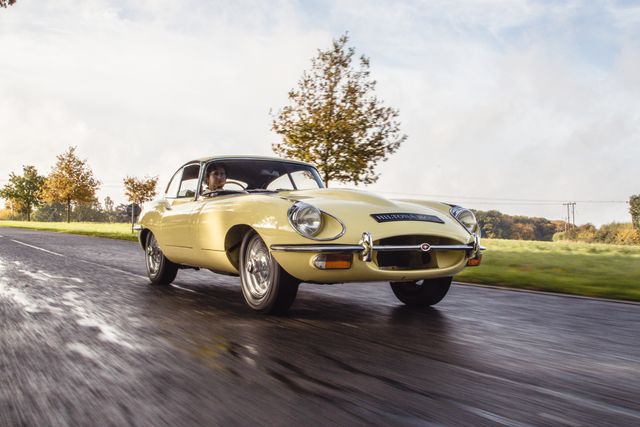