Mercedes’ Lewis Hamilton completed a stunning recovery from disqualification in qualifying and an engine-related grid penalty to win the São Paulo Grand Prix ahead of Red Bull’s championship leader Max Verstappen. Valtteri Bottas completed a podium double for Mercedes with third place ahead of Sergio Pérez, who rescued a point back from Hamilton with the fastest lap on the final tour of the race.

When the lights went out at the start both Red Bulls got good starts and Verstappen was able to pull alongside pole sitter Bottas and the muscle his way past in Turn 1. Pérez profited from a poor start by Ferrari’s Carlos Sainz to slip through from fourth on the grid to third place. Sainz was then tagged by Norris who passed the Spaniard around the outside, with the result that Charles Leclerc advanced to fourth.

Further back Hamilton was on a march. On Saturday morning the Briton had been disqualified from qualifying for a rear wing irregularity but powered through the pack in the Sprint to claim fifth place. That left him with a 10th-place grid spot due to an penalty for taking a new ICE ahead of the weekend.

The set-backs were no obstacle to the Mercedes driver however and after the start he picked up four places on the first lap. By lap four he was up to fourth after passing Leclerc and that became third as Bottas eased off at the start of the next tour and Hamilton swept around the outside into Turn 1 to take third place.

He then was allowed to close right up to Pérez when the race was briefly neutralised. AlphaTauri’s Yuki Tsunoda collided with Aston Martin’s Lance Stroll and the Japanese driver lost his front wing. With debris at the side of the track the Safety Car was deployed and the field bunched.

When the track was green-flagged again at the start of lap 10, Verstappen and Pérez resisted a challenge from Hamilton to hoid the top two positions ahead of the Mercedes, with the Ferraris of Leclerc and Sainz in fifth and sixth respectively.

Soon after, however, the Virtual Safety Car appeared when Mick Schumacher’s Haas shed its front wing and more debris was deposited on the track. When the caution ended the Red Bulls once again held their positions, though this time Pérez was under more pressure from Hamilton.

And at the end of lap 17 the Mexican driver could resist no more. Hamilton closed through the final corner and under DRS passed the Red Bull driver around the outside to take P3.

However, in doing so, the Briton went slightly wide and got a poor exit. Pérez closed in on the long run to Turn 4 and retook the position with a good move. Hamilton was also not in the mood to give up and he closed one more time to pass the Red Bull for the final time and take second place.

Mercedes went for the undercut at the end of lap 26. Hamilton arrowed into the pit lane and took on hard tyres in a 2.4s stop. Red Bull responded by bringing Verstappen in at the end of the next lap and when he had taken on hard tyres he was just able to rejoin ahead of Hamilton whose progress was being hampered by

McLaren’s Daniel Ricciardo. The gap between the front pair was now just 1.7s.

Pérez pitted soon after for hard tyres but just after his stop the VSC was deployed again when elements from the rear of Stroll’s car broke off. That allowed Mercedes to pit Bottas and with the caution requiring the Red Bull to run slowly, Bottas was able to steal third place.

Max soon radioed through to ask the team to avoid an undercut in the next stop and just 14 laps after his first visit to pit lane the Dutchman headed in for another set of hard tyres. Bottas pitted on the next tour, followed by Pérez and then, at the end of lap 43, Hamilton made his final stop, taking on hard tyres but when he emerged Verstappen was again ahead.

Hamilton began to close in, however, and on lap 48 having got a good exit out of the final corner and drawn close into Turn 1, the Mercedes driver attacked into Turn 4. He drew alongside Max but the Dutchman braked later and just held on. Both cars went off into the run off area but resumed safely. The stewards noted the incident but quickly ruled that no investigation was necessary.

Hamilton attacked again on lap 58. This time Max was forced to defend more robustly and though he held the lead he was later given a black and white flag for weaving. Next time round, though, there was no way to hold off the challenge and with another good exit out of the Senna S Hamilton used DRS to power past the Dutch drive as they approached Descido do Lago.

And there the battle was decided. Armed with greater straight line speed Hamilton quickly built a lead as Max backed off in the final laps, settling for second place and damage limitation.

However, with Hamilton holding the fastest lap, Red Bull used Perez’s substantial advantage to fifth-placed Leclerc to pit the Mexican and go for the fastest lap. And the Mexican duly posted a time of 1:11.010 to steal the precious championship point from Hamilton.

Behind Leclerc, sixth place at the flag went to Sainz, with AlphaTauri’s Pierre Gasly seventh. Alpine’s Esteban Ocon and Fernando Alonso were eighth and ninth respectively and the final point on offer went to McLaren’s Lando Norris.

In the battles for the titles, Max now leaves Brazil with his lead in the Drivers’ cut to 14 points, while in the Constructors’ championship Mercedes now lead by 11 points. 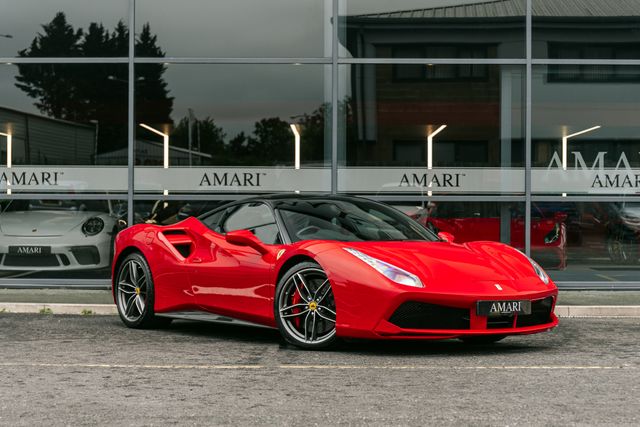