The Historic Sportscar Racing (HSR) Classic Sebring 12 Hour, Pistons and Props, moved off to a fantastic start Wednesday at Sebring International Raceway where near-perfect Florida weather provided the ideal backdrop for an all-day test session in advance of four days of vintage and historic racing competition on the legendary 3.74-mile circuit.

The HSR Classic Sebring 12 Hour, Pistons and Props, honors the legendary 12 Hours of Sebring sports car race and the facility's rich aviation history. Hendricks Field was a World War II era civil and military air field on which the famous 12-hour sports car race has been run for nearly 70 years.

Among the rare sports cars competing at the HSR Classic Sebring 12 is No. 5 Antigua Pro Racing 1968 No. 5 Bizzarini GT Competition  prepared by KMW Motorsports. The Ford-powered Italian exotic is one four owned by Carlo Falcone, who is entered to compete in both the HSR Classic Sebring 12 and the co-headline HSR Sebring Historics, which will determine the 2021 Champions of the full-season WeatherTech Sprint, Stoner Car Care Global GT, Sasco Sports International/American Challenge and B.R.M. Endurance Challenge series.

The Sebring Historics has attracted a strong entry of Stock Car competitors in Group 8 for the final bonuses of this year's inaugural Historic Stock Car More Driven by Goodyear program, which awards four Goodyear D4920 vintage stock radials to the winners of select HSR Group 8 races.

The strong lineup of stock car competitors at Sebring includes NASCAR stars Bill Elliott, who was inducted into the Motorsports Hall of Fame of America (MSHFA) in 2007 and the NASCAR Hall of Fame in 2015, and Joe "Front Row Joe" Nemechek.

Elliott competes in his 2014 No. 19 Chevrolet Camaro while Nemechek wheels an ex-Terry Labonte Kellogg's Corn Flakes 2006 No. 5 Chevrolet Monte Carlo owned by Larry Hoopaugh. Nemechek makes his HSR debut with his own and established NEMCO Motorsports team that has been in operation for more than 30 years.

Elliott, who competes at Sebring with Carlus Gann and Vintage Race Car Restorations (VRCR), also returns to the wheel of VRCR's 1970 No. 9 Ford Mustang Boss 302. Elliott drove the Mustang to the overall victory in the 2019 Sasco Sports International/American Challenge race at Barber Motorsports Park and looks for another Sasco win in the Boss 302 at Sebring on Friday.

The major on-track part of the HSR Classic Sebring is the 12 Hours of Sebring tribute race that takes place Saturday and Sunday. It begins with a symbolic 12 hours of non-stop competition Saturday before all four competing Run Groups contest a final round of races Sunday morning to bring the Classic Sebring 12 Hour to a finish.

The vintage planes join the celebration on Friday after arriving throughout that morning at nearby Sebring Regional Airport. The traditional "Parade of Planes" from the airport to the Sebring competitor paddock is scheduled for Friday at 4:30 p.m. EST.

Spectator tickets for the HSR Classic Sebring 12 Hour are available exclusively at Sebring International Raceway throughout the event. Learn more at www.HSRtickets.com. 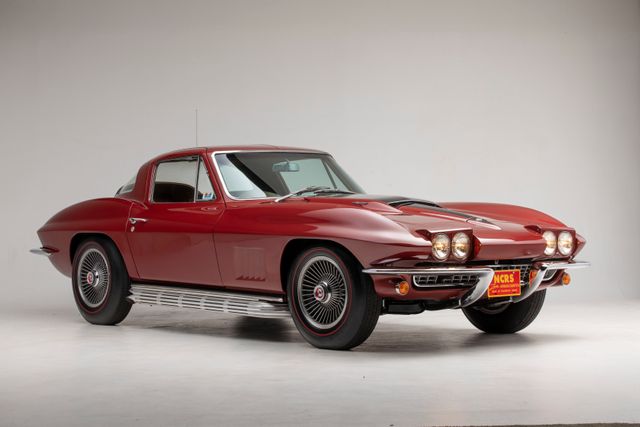