Five manufacturers and 22 cars – 14 of them featuring Pro driver line-ups – will contest Intercontinental GT Challenge Powered by Pirelli’s second round of 2022 at the TotalEnergies 24 Hours of Spa this weekend.

Full-season entrants Audi Sport, Ferrari, Lamborghini, Mercedes-AMG and Porsche have each registered their maximum number of four nominations, three of which can be drawn from the Pro class. Each manufacturer’s remaining slot is filled by any one of the race’s other four categories.

Of the five brands only Ferrari has fewer than three Pro contenders at its disposal. However, that was also the case at the same event 12 months ago when Iron Lynx clinched a thrilling victory for the Scuderia.

Only the two best placed finishers per marque can score points for their manufacturer, while all nominated entries continue to collect drivers’ championship points if they finish inside IGTC’s top-10.

A recent rule change means each manufacturer’s and nominated driver’s lowest points total at one of Intercontinental’s four rounds will not count towards their overall championships. The exception to this is Spa, which given its status as the world’s biggest GT race and breadth of entries cannot be dropped.

Theirs is the 22nd Intercontinental entry amongst a total of 66 cars due to start the 74th TotalEnergies 24 Hours of Spa this Saturday at 16:45 CEST.

A sweep of Bathurst’s overall podium means Mercedes-AMG heads to Spa with maximum IGTC manufacturers’ points on the board after Round 1. It’s also bidding for a third Intercontinental victory on the spin after winning the series’ 2021 finale at Kyalami, as well as a first Spa success since 2013.

Their standout entry is undoubtedly one of the event’s very strongest: AKKODIS ASP’s Fanatec GT World Challenge Europe Powered by AWS title contenders Jules Gounon, Daniel Juncadella and Raffaele Marciello who is eyeing a Super Pole hat-trick this year. Gounon, too, can make IGTC history as the first driver to win three races consecutively. Only the Frenchman and Markus Winkelhock have two.

The reigning manufacturers’ champions didn’t feature on Bathurst’s podium but still left Australia with a healthy points haul after being classified third and fifth in IGTC’s results. The upshot is a 18-point deficit to Mercedes-AMG, which can be easily overcome during the following three rounds.

The responsibility of reducing at least some of their arrears falls to three factory-supported cars featuring several long-time usual suspects.

Team WRT would have won last year’s race without the late Safety Car period that brought Ferrari back into play. Now the same crew that finished second – Dries Vanthoor, Charles Weerts and Audi’s current best IGTC drivers’ championship prospect, Kelvin van der Linde – has a chance to make amends. The team’s second nomination is an all-Silver affair that could collect valuable points in the lower reaches of IGTC’s top-10.

Hopes of an outright win also rest with Sainteloc and Attempto, both of whom boast a recent Indianapolis 8 Hour winner amongst their ranks. Patric Niederhauser is joined by IGTC stalwart Christopher Mies and Lucas Legeret, while Attempto can count on the services of factory trio Winkelhock, Dennis Marschall and Ricardo Feller.

Lamborghini has a modest GT3 record at Spa where its Huracans and Gallardos have never finished any higher than eighth. That’s certainly not for a lack of effort or talent, plenty of which is spread across its three Pro IGTC nominations this year.

Two thirds of Orange1 K-PAX Racing’s all-Platinum line-up – Jordan Pepper and Andrea Caldarelli – won the Fanatec GT World Challenge America Powered by AWS title with the same team last season, and is bolstered further this weekend by one of the very best in the business: Marco Mapelli.

Equally strong is the Emil Frey entry that carries Lamborghini’s traditional #63. Its blockbuster trio of Jack Aitken, Albert Costa and Mirko Bortolotti – who qualified second at the same event 12 months ago – should, with a bit of luck, be firmly in the hunt.

The same applies to the team’s second car, which features the factory talents of Arthur Rougier and Giacomo Altoe, as well as Leo Roussel.

Like Mercedes-AMG and Audi, Lamborghini’s fourth nomination – entered by VSR – comes from the Silver Cup ranks and has the potential to pinch a IGTC point or two should the big guns falter.

With its sole Bathurst entry failing to finish, Porsche’s Intercontinental campaign begins in earnest at Spa where the former champions have nominated arguably the strongest combined IGTC entry of any manufacturer. Three of its four cars feature recent winners of the event, while Dennis Olsen and Laurens Vanthoor are former IGTC champions.

The same two drivers share KCMG’s 911 with 2020 race winner Nick Tandy. The Briton is also reprising a partnership with Vanthoor that resulted in Porsche winning Spa’s only autumnal edition two years ago.

GPX won the same race a year earlier with Kevin Estre, Michael Christensen and Richard Lietz who have been reunited with their former team for another crack at victory. Look out for their 911’s special Martini Porsche tribute livery.

There’s also a former overall winner in IGTC’s only manufacturer-nominated Pro-Am entry. Earl Bamber shared 2020’s victory with Tandy and Vanthoor but is gunning for class honours this time around with his own EBM-run, Singha Racing Team TP 12-bannered outfit. One or two IGTC points would represent a good result for this car.

Then there’s Julien Andlauer, Marvin Dienst and Sven Mueller who share Toksport WRT’s entry. They might not be as well known as their more illustrious fellow nominees but certainly have the collective pace to feature at the sharp end.

Like Porsche, Ferrari’s defence of its IGTC drivers’ title gets underway in Belgium where last year’s hero, Alessandro Pier Guidi, is the standout omission from 2022’s entry list. That, along with Come Ledogar switching manufacturers, means others from within the Scuderia’s factory stable will become the focus of its Intercontinental and TotalEnergies 24 Hours of Spa assault.

Nicklas Nielsen appears the obvious candidate after he was denied a chance to share the crown with Pier Guidi and Ledogar at Kyalami. Fortunately, his new fellow Platinum-graded Iron Lynx co-drivers Miguel Molina and James Calado are every bit as rapid and have an excellent chance of repeating Ferrari’s success from 12 months ago. 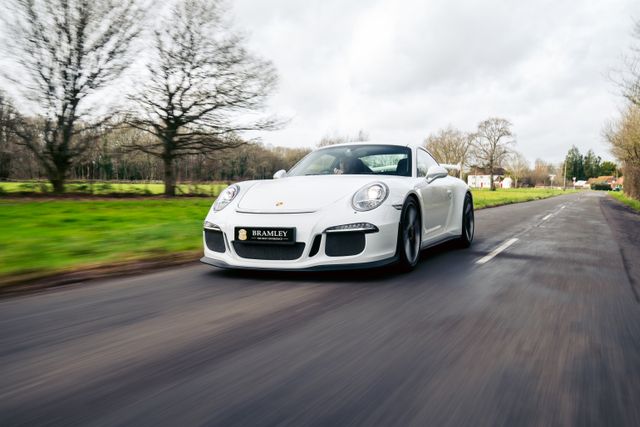