Porsche 911 GT3 R, Dinamic Motorsport (#54), Klaus Bachler (A), Come Ledogar (F), Thomas Preining (A)
The 24-hour endurance race on the Belgian Grand Prix circuit is one of the world’s largest GT3 events
Customer teams Dinamic Motorsport, Toksport WRT and GPX Racing qualify in the top 20
Super Pole session begins on Friday evening at 7:30 pm (CEST)
Three Porsche 911 GT3 R get the chance to fight for pole position at the 24 Hours of Spa-Francorchamps after finishing in the top 20 in today’s qualifying runs. The endurance classic gets underway on Saturday at 4:45 pm (CEST).

The Porsche customer teams have qualified three 911 GT3 R for the Super Pole session for the 24 Hours of Spa-Francorchamps. Austrians Thomas Preining and Klaus Bachler as well as Frenchman Côme Ledogar planted the fastest 911 on position eleven. In the four 15-minute heats, they posted an average time of 2:17.594 minutes for the Dinamic Motorsport squad. Works driver Preining set the fastest individual lap in 2:16.899 minutes. The Toksport WRT trio Sven Müller, Marvin Dienst (both Germany) and Julien Andlauer (France) as well as the GPX Racing drivers Kévin Estre from France, Michael Christensen from Denmark and Richard Lietz from Austria are also eligible to take part in the Super Pole session. This final hunt for the top 20 grid spots will be held on Friday evening between 7:30 pm and 8:00 pm (CEST). The 24-hour race on the Belgian Grand Prix circuit gets underway on Saturday at 4:45 pm local time.

As dusk fell, the second and third qualifying segments were interrupted by incidents on the “Ardennes rollercoaster” – due to this and in view of the 66 GT3 racing cars out on the racetrack, the drivers of the 13 Porsche were particularly on edge when overtaking slower traffic. While the No. 54 car fielded by Dinamic Motorsport and the 911 GT3 R of Toksport WRT made it into the top 20 with relative ease, GPX Racing’s bid for the Super Pole was successful mainly thanks to Kévin Estre’s strong performance: In the fourth and final segment, the Frenchman lapped the circuit in 2:16.943 minutes and thus gained entry into the Super Pole.

At the wheel of Herberth Motorsport’s No. 24 Porsche, Germany’s Nico Menzel and Stefan Aust, Belgium’s Alessio Picariello and Niki Leutwiler from Switzerland scored the second grid spot in the Pro-Am class. The No. 91 vehicle campaigned by Allied Racing with Florian Latorre (France), Alex Malykhin (UK), Julien Apothéloz (CH) and the former Porsche Junior Ayhancan Güven from Turkey achieved fourth in the Gold Cup category. In the Silver Cup, the sister car qualified on P16.

Qualifying quotes
Sebastian Golz (Project Manager Porsche 911 GT3 R): “It was extremely difficult to gauge the right time to send our cars out and not encounter too much traffic. Regardless of this, we fell short of our expectations. Only three of our 911 GT3 R qualified for Friday’s Super Pole – we wanted more cars to make it into the top 20. Still, we have a chance to fight for pole position tomorrow. I think we’ve found a good setup and we’re tackling the race feeling confident. However, we’re now going to focus on the Super Pole and we’ll keep our fingers crossed that the three teams finish well up the order.”

Thomas Preining (Porsche 911 GT3R #54): “All of the drivers did a great job. None of us was penalised for exceeding the track limits and we managed to stay out of trouble. They usually say that this is particularly critical during the race, but with almost 70 starters, it is also more important in qualifying than most people think. The fact that we qualified for the Super Pole was crucial. For me personally, I’m very happy: The day before yesterday I was sitting at home thinking about my vacation. Then I was called up at short notice to replace Matteo Cairoli and now I’m the fastest Porsche driver in my group. That’s fantastic.”

Julien Andlauer (Porsche 911 GT3R #100): “We weren’t able to prepare for the qualifying as well as we’d hoped but in the end, the car ran really well. The red flags and high volume of traffic on the track made the qualifying extremely tricky. My session went okay: I got a clean run with relatively little traffic to overtake and managed to pull it all together almost perfectly. It would have been great to go a little faster but ultimately it was enough. We achieved our goal: to get into the Super Pole. Now we’re fighting for pole position.”

Kévin Estre (Porsche 911 GT3 R #221): “With our average times, we achieved P19 and only just made it into the Super Pole. The qualifying session was totally chaotic. It was almost impossible to get a clear run. Richard and Michael weren’t very lucky with slower traffic. Fortunately I was okay because my team sent me out at the right time and I got a clean lap, which obviously makes me happy. For the Super Pole, we may have to tweak a few things. But all in all, we’re well positioned and the balance of our car is good.”

Nico Menzel (Porsche 911 GT3 R #24): “Second in the Pro-Am category is a decent result and we’re happy with that. Our two gentleman drivers felt at home in the car. Our Porsche should perform well in the qualifying and the race. Our lap times underline that we have the potential. If we can get through the first few hours of racing and the night without making any mistakes or receiving penalties, then let’s see where we end up...” 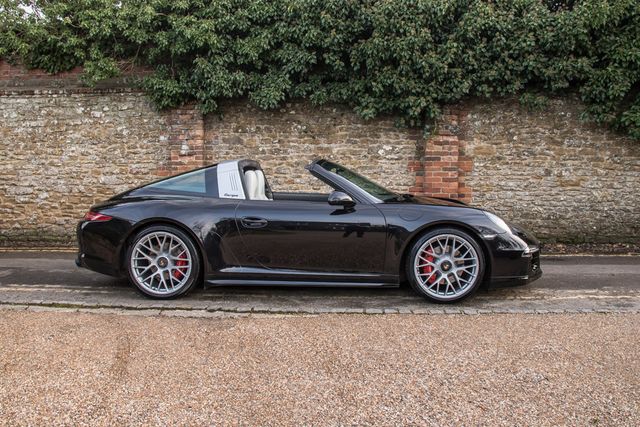