At this year’s Revival

As part of BRM’s 60th anniversary programme in celebration of winning the 1962 Formula One Constructors Championship, the MK1 P15 V16 Chassis IV is to be raced in the Goodwood Trophy at this year’s Goodwood Revival.
It will be almost 70 years to the day since Gonzales, Parnell, and Wharton achieved the famous 1st, 2nd and 3rd finish for BRM.
The V16 will be raced by Rob Hall, reputed historic racer who oversaw construction of the car at Hall & Hall.
The MK1 P15 V16 Chassis IV was unveiled to the world by the Duke of Richmond at last year’s Goodwood Revival.

British Racing Motors have announced that their MK1 P15 V16 Chassis IV will race in the Goodwood Trophy at this year’s Goodwood Revival. This announcement represents the realisation of one of the Owen family’s key objectives around re-awakening the BRM legacy - to go racing once again.

“We have been very clear from the start of the project that the final three MK1 P15's are to be built so that they can be seen and be heard,” said John Owen, son of Sir Alfred Owen and BRM Director. “They form an incredibly important part of British Motor Racing and British engineering history and it is vital that this is not forgotten. What better way to demonstrate this to the next generation by actually racing?”

The MK1 P15 V16 was last raced in the Goodwood Trophy in 1952, where Gonzales, Parnell, and Wharton achieved the famous 1st, 2nd and 3rd finish for BRM. “Other than upgraded magnetos, this car is totally original,” comments John Owen. “In the spirit of Goodwood, the Chassis IV V16 has not been modified to go faster or tweaked to handle better - it is fundamentally the very same car that raced in the Goodwood Trophy 70 years ago.”

Following an impressive outing at Shelsley Walsh in July, the decision was taken to race the car in the Goodwood Trophy where the car will be sporting the racing decal number 5 as a tribute to Froilan Gonzalez’ victory in September 1952.

The car will be raced alongside other Grand Prix and Voiturette cars spanning either side of the Second World War and is set to be driven by historic racer Rob Hall, who has overseen construction of the continuation car at Hall & Hall.

The V16 will be joined by a collection of other iconic BRM cars over the Goodwood Revival weekend as part of their celebrations. 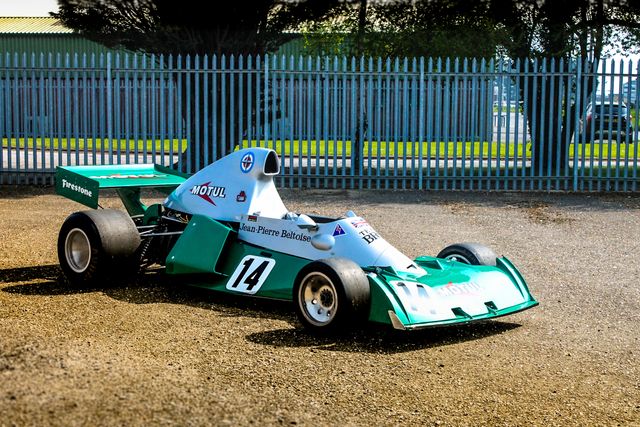