Yo close 2022 season in spectacular fashion

Team WRT capped a title-winning Sprint Cup season in spectacular style at Valencia by snatching one of the most dramatic race wins in Fanatec GT history, wrapping up a ninth overall teams' championship in the process.

Having secured the drivers' crown yesterday, the #32 Audi duo of Dries Vanthoor and Charles Weerts entered Sunday's season-closing contest aiming to add yet more success for the Belgian squad. With a heavy rain shower soaking the circuit, drivers were heading into the unknown when racing began. Indeed, a second formation lap was added before the action got underway.

When the lights finally went green pole-sitter Raffaele Marciello (#89 Akkodis ASP Mercedes-AMG) was in a hurry. Running with a clear track ahead while his rivals were engulfed in spray, the Swiss driver built a significant advantage during the opening stint. He was followed by Patric Niederhauser, who spent the first half of the race running in second spot, the #25 Saintéloc Junior Team Audi having got the better of Vanthoor at the start.

The pit stops would prove to be crucial, though it would take some time to understand the importance of the decisions taken by each team. With the track still slippery, both the Akkodis ASP and Saintéloc squads opted to fit wet weather tyres, while the WRT crew rolled the dice by fitting slicks. Initially the Belgian outfit appeared to have made the wrong call as Weerts fell back, struggling for grip while his rivals ran on treaded Pirelli rubber.

With the #32 Audi off the pace and the #25 Audi losing time in the pits, Boguslavskiy led by 25 seconds. But despite being on the same tyres, Panis was dramatically faster at this stage of the race. The Frenchman was able to take between two and three seconds per-lap out of the Mercedes-AMG, eating into what had seemed an unassailable advantage.

The Saintéloc car looked to be on course for a famous win, but once Panis was within striking distance Boguslavskiy rallied, putting up a robust defence that kept the #25 Audi at bay. When the final lap started Panis was all over the back of the Mercedes-AMG, but there was another contender looming in the background.

The slick tyres had finally come good with a little under 10 minutes left on the clock, allowing Weerts to run significantly quicker than the wet-shod leaders. He was helped even further by the fact that Boguslavskiy was defending from Panis, slowing both drivers while the #32 Audi could run flat-out. Nevertheless, even when the last lap began, he was some distance back.

Yet such was his new-found advantage that just a few corners later Weerts was with the leaders, whose wet tyres were simply no match for a slick-shod car. He scythed past Panis, then drove clean around the outside of the defenceless Boguslavskiy. The Team WRT garage erupted in celebration, barely able to believe what had just taken place. The team's 45th Fanatec GT Sprint win, and its last with Audi, may well go down as the most memorable.

Having lost the lead, Boguslavskiy was also beaten by Panis at the final corner. There were mixed emotions in the Akkodis ASP garage: Marciello had secured the overall Fanatec GT World Challenge Europe Powered by AWS drivers' crown, but the Fanatec GT Sprint teams' title had slipped away. For Saintéloc, it marked a best Fanatec GT Sprint finish of the season, though a win had been tantalisingly close.

Silver Cup honours went to the #90 Madpanda Motorsport Mercedes-AMG, which also made a late pass for victory with Ezequiel Perez Companc at the wheel. The Argentine, who shared with Fabian Schiller, beat Manuel Maldonado (#159 Garage 59 McLaren) and scored a fine fifth-place overall finish. Meanwhile, a P6 class finish was enough to give Thomas Neubauer and Benji Goethe the Fanatec GT World Challenge Europe Powered by AWS Silver Cup drivers' crown with a race to spare.

JP Motorsport duo Patryk Krupinski and Christian Klien took a second Pro-Am win of the weekend in their #111 McLaren by comfortably beating the #188 Garage 59 McLaren of Miguel Ramos and Dean MacDonald. The latter pairing had secured the class drivers' crown yesterday but came just short of adding the teams' title today. Remarkably, this championship went to Ferrari squad AF Corse by a margin of 0.5 points over Garage 59.

A busy weekend of action at Circuit Ricardo Tormo Valencia brought some 16,500 spectators to the Spanish venue. Today, they were treated to one of the most dramatic races in Fanatec GT Sprint history. Indeed, anyone who witnessed the final lap in person will surely be back for more in 2023.

Just one stop remains on the 2022 calendar, with the Endurance Cup set to conclude at Circuit de Barcelona-Catalunya on 30 September-2 October. The final championship battles will be settled at the Spanish track, bringing the curtain down on another season of world-class GT racing.

Charles Weerts, #32 Team WRT Audi: “To get three titles together is obviously amazing. We can see each year the level just gets higher and higher and to win it for a third year was not easy. We really had to fight for it, so it’s really good to finish on a high.”

Dries Vanthoor, #32 Team WRT Audi: “I don’t think there was a better way to end the season and the team’s partnership with Audi Sport. We’ve really had some great years together and now to give this 'thank you', to WRT and to Audi as well, it’s nice. The season ended very well for us, but it has been very hard and it really came down to the last two races for the title to be decided.”

Ulysse De Pauw, #53 AF Corse Ferrari: “It was a surprise to win [overall in the opening race at] Brands Hatch. The target was to be Silver Cup winners, but we could focus on the overall position, which was very important for us as well. I think we are pretty happy with our wins. We just had a great car all season, we have been very consistent and finished every race in the points apart from today, which was quite tricky. But overall we can be very happy with the performance all season.”

Pierre Alexandre Jean, #53 AF Corse Ferrari : "[AF Corse] helped us to get quickly into the rhythm. We had two days of testing, which really helped us to get used to the team, to the car, to the guys. We had great fun and this is important. The same as us, they didn’t do any mistakes all season and I think this is why we were always there in the Silver Cup.”

Dean MacDonald, #188 Garage 59 McLaren: “I’m happy, I’m buzzing! It’s the first title I’ve won and I’m glad to share it with Miguel. This weekend has been a bit strange, but I’m glad to get the job done.” 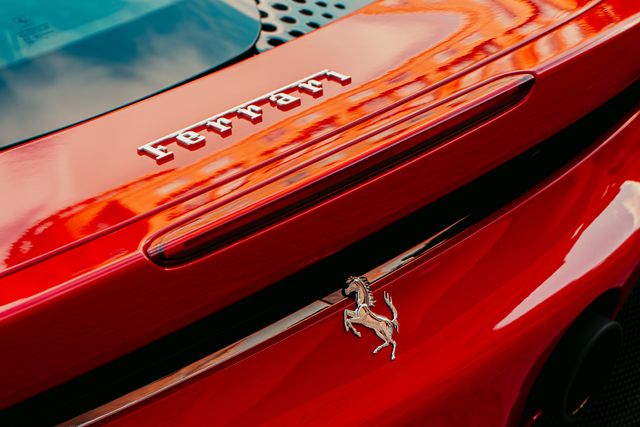