Good signs were already present in Friday's practice sessions, when local hero Alessio Picariello set the fastest time in the GTE class during the Free Practice session and the best lap time of a GTE car during the entire weekend on the circuit located deep in the Belgium’s Ardennes forest.

Behind the wheel of the ducks-liveried Porsche 911 RSR-19 machine during the qualifying session, Andrew Haryanto set a time of 2:19.502 to put the team sixth on the grid for today’s 4 Hours of Spa-Francorchamps.

Haryanto enjoyed a strong first stint by climbing from 6th to 3rd in the opening laps. He remained in the Top-4 until the first round of stops when Picariello climbed aboard.

The #18 Absolute Racing Porsche 911 RSR-19 continued to make progress thereafter and was soon running third thanks to the Belgium’s fast and consistent stint. Rump then completed the final hour and half. The Estonian driver did not overdo it and ran a very good stint, finishing third in GTE class as the best Porsche at the flag.

The sixth and final round of the 2022 European Le Mans Series will be the 4 Hours of Portimão, with the ‘roller coaster’ 4.6km track at the Autódromo Internacional do Algarve in Portugal hosting the season finale on Sunday 16 October.

Andrew Haryanto (Absolute Racing - Driver): “Thanks to everyone on the team who worked so hard to make this result possible. Again, we were a bit unlucky with the Full Course Yellow timing that prevented us from fighting for the win, but we should be happy with today’s podium. Looking forward to the final round and hoping for more of the same!”

Martin Rump (Absolute Racing - Driver): “It’s been a really positive weekend at Spa and a well-deserved podium for the team. A big thank you to the crew for doing a brilliant job all weekend, and to both Alessio and Andrew for putting in some excellent stints. We’ll use this momentum and go for more in the season finale at Portimão.”

Alessio Picariello (Absolute Racing - Driver): “I’m happy to get our first podium in ELMS this season, especially in my home race. I think we got the maximum out of the car, although we were unfortunate with the timing of the Full Course Yellow. We had great pace once again, Andrew did well in difficult conditions and Martin brought it home safely so we can be satisfied with P3.”

Michael Schneider (Absolute Racing - Project Manager): “It was a very difficult race weekend from the beginning to the end. Even before the start we had to make the right call on the tyres. Andrew had a difficult task to do the start on slick tyres, but he did a great job and put down the base for our success. Alessio again showed an incredible pace and Martin managed perfectly his tyres and we could do only a splash at the end. The pit crew and the engineer executed perfect strategy with this teamwork we archived our first podium!” 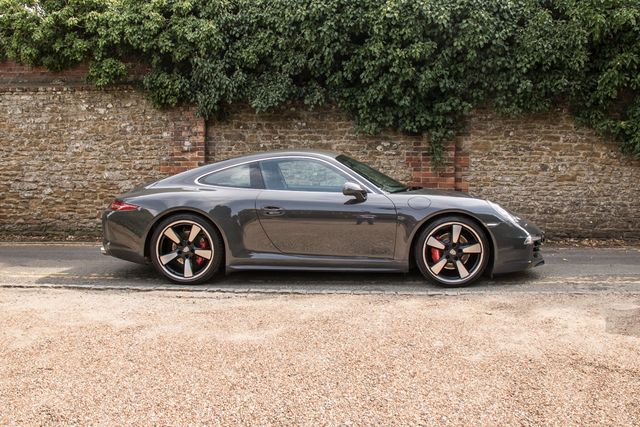