Ford unveiled the seventh-generation Ford Mustang in Detroit and heralded the start of an exciting new motorsports programme
The Ford Mustang GT3 race car, developed by Ford Performance and Multimatic, was revealed as a dynamic computer generated image during the launch
The physical car will be displayed at the Super Sebring IMSA/WEC weekend in March 2023
The new customer focused Mustang GT3 will be comprehensively tested and developed throughout 2023 before making its race debut in 2024

Multimatic Motorsports’ association with the iconic Ford Mustang reaches back four decades, and now the introduction of the hotly anticipated seventh-generation pony car, revealed at the Detroit Auto Show, heralds a new chapter of the story.

Larry Holt, VP Multimatic Special Vehicles Operations, said: “Ford has made a bold move in staying true to Mustang and continuing to make the iconic high performance car while many others are phasing out their competitive products. I was at the launch and it was a truly exciting event with a never-ending stream of amazing announcements and unveilings. I have to drop a big congratulations to Ed Krenz and his team for creating all that amazing stuff. The new car looks awesome and the Dark Horse for sure appears to be a great replacement for my Gen 6 GT that met with an unfortunate slippery end.”

To be built for the world’s toughest endurance races at Multimatic Motorsports in Mooresville, North Carolina, the Ford Mustang GT3 race car, powered by a Coyote-based V8 engine, will be revealed next March on the occasion of the Super Sebring IMSA/WEC weekend. After a full year of engineering and another of extensive testing/development, the new GT3 car will be ready to race in 2024. Multimatic will lead Ford’s return to global sportscar racing, with a two-car IMSA GTD Pro entry, starting at Daytona in 2024.

In addition to the GT3 version of the car, Multimatic is also creating a new Mustang GT4, which will build on the development and racing successes of the present generation racer, which most recently dominated the Michelin Pilot race during the GT Challenge weekend at VIR.  The GT4 will be available for customers to race later in the 2023 season. Multimatic Motorsports is committed to providing the highest level of customer support for the new generation GT3 and GT4 Ford Mustangs around the globe.

Multimatic and Ford have a strong working relationship borne on the race track, starting with the Ford Taurus SHO thirty years ago, through multiple versions of fourth, fifth and sixth generation Mustangs, culminating  with the highly successful Ford GT race car, developed and run in the World Endurance Championship by Multimatic Motorsports.   The new generation Mustang GT3 and GT4 programmes build on this successful partnership and expand it worldwide with a comprehensive customer racing programme.

Holt concludes: “Bill Ford and Jim Farley are racers and they are totally committed to having the seventh-generation Mustang raced by customers in every class possible, all over the world; it’s a fantastic vision. I am proud that Multimatic has been chosen to help execute a part of that vision with the development of the GT3 and GT4 cars. But as Mr. Ford stated as he closed the evening of celebrating the new car’s launch, what Ford really wants is to be back at Le Mans, this time with Mustang! Ditto from my side of the partnership.” 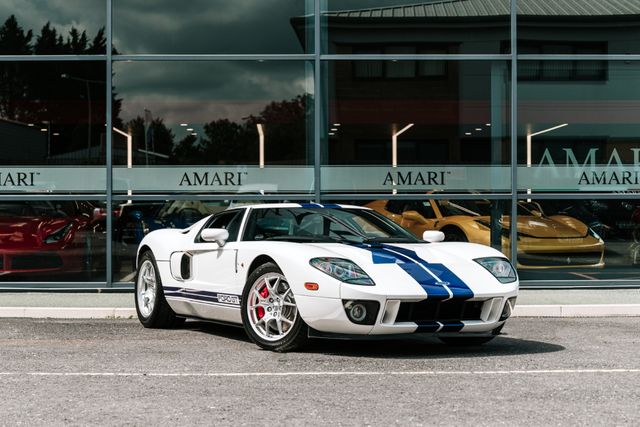