Identification No. 229
Documents Bill of Sale Only

Ferrari has a long and illustrious history in motor racing, and has competed in the Formula 1 World Championship since its inception in 1950. However, it has never known a period of sustained dominance to match what it achieved in the early years of the 21st century. After signing German sensation Michael Schumacher—already a two-time World Champion with Benetton—for the 1996 season, the Scuderia built around him a “superteam” that was overseen by Jean Todt and included such engineering talent as Ross Brawn, Rory Byrne and Paolo Martinelli. Once they all hit their stride, Ferrari and Schumacher were quite simply unstoppable.

Starting in 2000, when it overcame its great rival McLaren, the partnership won five consecutive Drivers’ and Constructors’ World Championships. Such was its superiority in 2002 that Schumacher had secured the Drivers’ title by the French Grand Prix in July, with six races still to go. The following year would be much harder work.

Ferrari started the year with an update of the old F2002, but Schumacher won just once in the opening four races. Only at the fifth round in Spain did the Scuderia introduce its new F2003-GA—the initials honouring late Fiat boss Gianni Agnelli, who had died in January. It was a longer-wheelbase design than its predecessor, which enabled Ferrari to package the aerodynamics in a very different way to the short-wheelbase car used by title rival Williams. The changes also accommodated a slightly longer Tipo 052 variant of the 3-litre V-10 engine, a truly special 845-horsepower powerplant that was capable of spinning to a spine-tingling 19,000 rpm.

Ferrari’s intention for the F2003-GA had been to optimise its set-up on the Bridgestone rubber by shifting its weight bias to the rear during qualifying in order not to overheat the front tyres, then moving it forwards for the race in order to reduce wear on the rears. However, a late pre-season rule change banned refuelling between qualifying and the race, and imposed parc fermé conditions that basically meant a car had to start the race exactly as it had been when it completed qualifying. It was a move that had the potential to put Ferrari on the back foot.

Even so, Schumacher put chassis 229 on pole position for the F2003-GA’s race debut in the Spanish Grand Prix on 4 May, with teammate Rubens Barrichello alongside. When the lights went out, the Renault of Fernando Alonso split the Ferraris and challenged Schumacher into the first corner. The German held on, though, and took victory despite the precocious young Alonso chasing him relentlessly throughout the afternoon.

Next up was the Austrian Grand Prix, and Schumacher retained chassis 229’s perfect start by once again taking pole position and victory. This time he had to overcome a small fire during a refuelling stop, then benefitted first from engine problems for McLaren’s Kimi Räikkönen, and then from the retirement of leader Juan Pablo Montoya in his Williams.

Schumacher then qualified only 5th around the streets of Monaco and found himself tucked up behind the Renault of Jarno Trulli during the early stages. He was on a different strategy to the cars around him, though, and by the time the chequered flag was waved he had moved up to 3rd and crossed the line right on the tails of winner Montoya and 2nd-placed Raikkonen, achieving a podium finish for chassis 229 at the most legendary track in Formula 1.

The BMW-powered Williams cars locked out the front row of the grid in Canada, but Schumacher had the better race pace and returned to winning ways in chassis 229. He narrowly held off his brother, Ralf, and Montoya to take his third victory in four races with the F2003-GA, but he could do no better than 5th in the European Grand Prix at the Nürburgring after tangling with the Colombian. He followed that up with a 3rd place in the French Grand Prix.

Schumacher raced a different F2003-GA—chassis 231—in Britain, Germany and Hungary, and by the time he reverted to 229 on Ferrari’s home turf at Monza, he led the Championship by only a single point from Montoya. Ferrari was also trailing Williams in the Constructors’ standings, but Schumacher found the perfect response, taking pole position, fastest lap, and a crucial victory in the race in front of the delirious tifosi.

After he won again at Indianapolis in the United States GP—from a lowly 7th on the grid—he had one hand on the title. Only Räikkönen had an outside chance of stealing it away from him at the final round in Japan, but Schumacher held on—just. After having to make his qualifying run-in damp conditions and therefore lining up only 14th on the grid, he had what even he described as a “messy” race and crossed the line in 8th place to take the final point. With wing-man Barrichello winning the race and relegating Räikkönen to second, it was enough for Schumacher to clinch the World Championship by two points.

Chassis 229 is by far the most successful of the six F2003-GAs that were built, and is one of only four Schumacher-era Ferrari Formula 1 chassis with five wins or more in a World Championship winning season. Schumacher raced it nine times and claimed five wins during that hard-fought campaign, when the German veteran faced down the challenge from young guns such as Montoya and Räikkönen. Presenting today as one of the most significant and historic cars from a golden period in the Scuderia’s history, chassis 229 has been awarded Ferrari Classiche’s “Red Book” Certification and has been recently overhauled in 2022 at the Maranello factory. Its legendary 3-litre V-10 engine has been run for only 148 miles since then, and all the major components—including the gearbox, clutch and hydraulic system—have covered only a small percentage of their current lifecycle, as it is documented in the “Current Car Status” data sheet provided by Ferrari and available on file.

Not only did chassis 229 play the crucial role in powering Michael Schumacher to his sixth title—a total that took him past the long-standing record of five-time World Champion Juan Manuel Fangio—it was also the most influential chassis in helping Ferrari to win its historic 13th Constructors’ Championship. To own a Scuderia Ferrari Grand Prix car of any generation is a rare and precious privilege; to have the chance to purchase one of the most successful Prancing Horse-badged Formula 1 cars from the team’s most dominant era is a true once-in-a-lifetime opportunity. 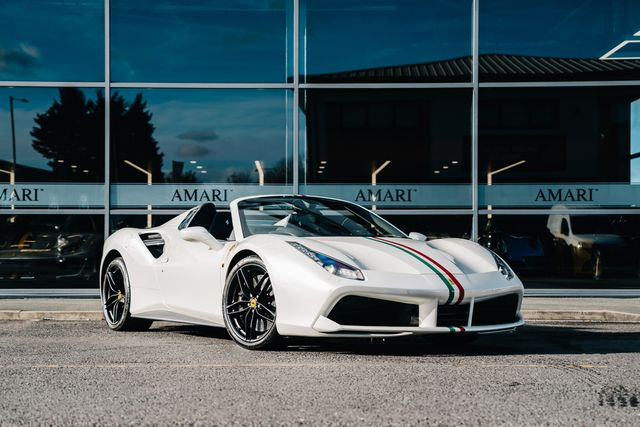