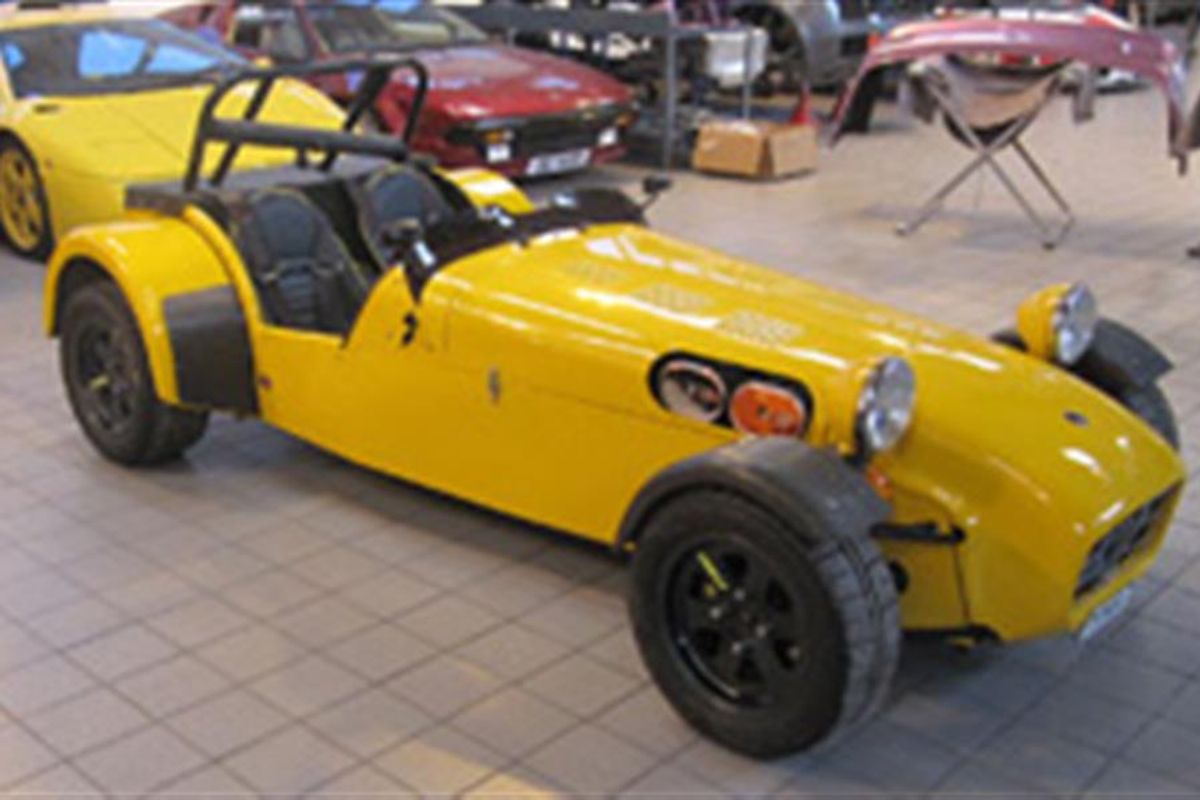 Caterham continues its take up of the vacuum resulting in Lotus' shift in direction. Wonder what the old school engineers at Hethel think...Hang on a minute - one of them is now working at Caterham...Excuse for a pic of our BDG powered 7...

In the first announcement since its takeover last April, Caterham Cars, makers of the legendary Seven, has released details of a standalone engineering business, Caterham Technology and Innovation Limited (CTI).

The Company will be responsible for the development of a completely new line of accessible and affordable sportscars inspired by the lightweight, minimalist philosophy of the Seven and drawing on the advanced technologies and materials from the Group’s Team Lotus Formula One and Caterham Team AirAsia GP2 motorsport operations.

In addition to the next generation of Caterhams, CTI will undertake advanced projects for external companies operating within the automotive and aerospace sectors.

"The new shareholders are committed to investing in an exciting range of global products over the next 10 years," says Mark Edwards, CTI's Chief Executive. "Tony Fernandes has been very clear from the start that Caterham needed a sustainable research and development business model in order to meet the plans the management have for the road car business.

“By establishing unique operating principles for CTI, we have managed to attract a world-class team of niche vehicle engineers eager to build on the ethos of Caterham and the DNA of the Seven.”

Among the first in a series of respected industry figures to join the new operation will be Tony Shute. Joining as Head of Road Cars for the new business and, as an avid motorsport competitor in his own right, Shute is credited with bringing the ground-breaking Series 1 Lotus Elise to market.

“When the opportunity to be involved with creating the next iconic Caterham arose, I couldn't turn it down,” says Shute. "The core principles and ambitions of CTI have enabled us to attract some of the brightest and most respected talents in their fields.”

Further announcements will be made in due course.

The new business will focus on unique vehicle architectures, high performance engines, advanced materials and manufacturing technologies in association with the Formula One and GP2 race teams.

Speaking of Caterham Technology and Innovation, Caterham Cars’ Chief Executive, Ansar Ali, says: “Creating a new product range that has the same reputation and appeal as the Seven, which delivers on the promise of accessibility and affordability, is the Holy Grail in this business. To meet the challenge, we knew we needed to invest in a new operation that would have the scope, experience and vision to deliver.”

He adds: “I feel very confident that our customers will be very pleased with the products I have challenged CTI to deliver, in addition to supporting the Seven and I look forward to revealing our plans in more detail soon.”

Caterham Technology and Innovation is based in Norfolk near the Group’s motorsport operations.