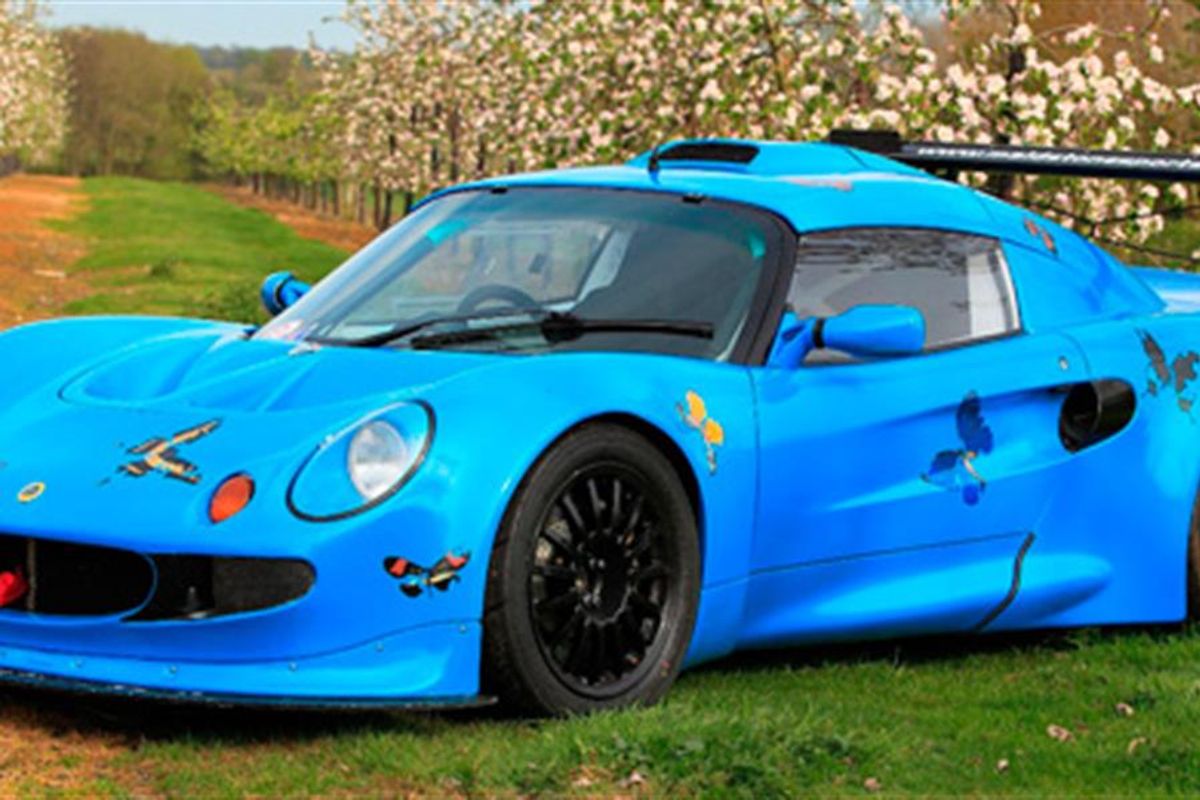 The Maidstone Sports Cars race team have unveiled a special livery for their Lotus Exige race car, which is competing in this year’s Lotus Cup UK Championship. The livery is a design from acclaimed artist Damien Hirst.

The Maidstone Sports Cars Exige has already raced in the opening round of the MSVR-organised Lotus Cup UK Championship at Silverstone. Driven by Adrian Hall, the team qualified on pole position, before leading the early stages of the race.

The unveiling coincides with a Damien Hirst exhibition which has just opened at the Tate Modern, and will see the first major survey of Damien Hirst’s work to be held in the UK, presenting seminal works spanning 25 years of the artist’s career.

Andrew Marsh, Team Principal of Headcorn-based Maidstone Sports Cars explains ”The whole teamfeels privileged and honoured to be allowed to have a design from this world renowned artistdisplayed on our car.”

The Maidstone Sports Cars Exige liveried with the Damien Hirst design can be seen at all rounds ofthe Lotus UK Cup in 2012 and at various motorsport events throughout the year, starting with theDTM-supporting round on May 18-20 at Brands Hatch.