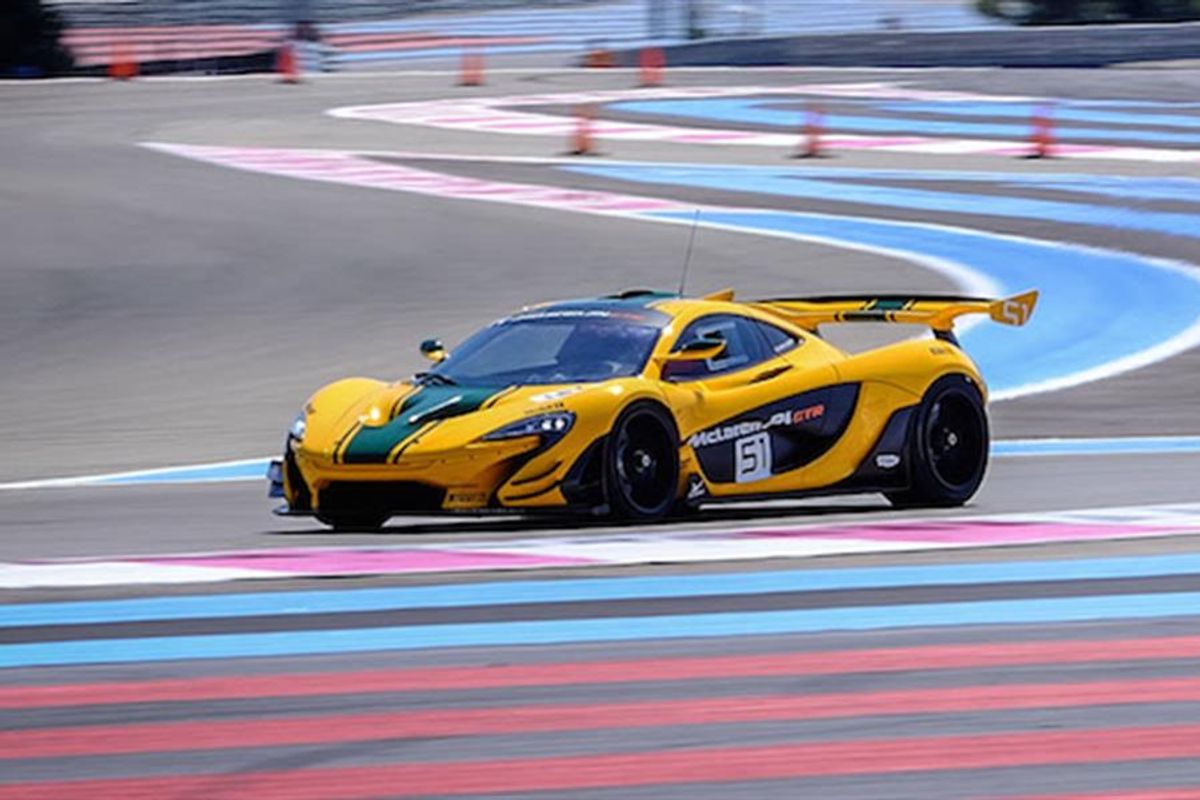 The Blancpain Ultracar Sports Club’s first meeting of 2016 features a distinct British flavour this weekend at Brands Hatch where a star-studded line up of exotic supercars will be pushed to their limits around the former GP circuit.

A total of six McLaren P1 and P1 GTRs, two Aston Martin Vulcans, a Ferrari LaFerrari, Pagani Zonda S, Rimac Concept_One and Pagani Huayra Pacchetto Tempesta - both of which will be given their UK public dynamic debuts - head an entry list featuring innovation and phenomenal performance.

With ‘super’ no longer a sufficient adjective, SRO has instead used ‘ultra’ to describe the latest generation of rare road cars, as well as the limited number of ‘halo’ machines produced by manufacturers as examples of their technological prowess.

Gathering together this rare breed is the remit of the Blancpain Ultracar Sports Club, which aims to showcase only the most high-tech creations in a professional motorsport environment. These are the ultimate expression of limited-production and track-only automotive engineering, and the spiritual successors to SRO’s much-loved GT1 homologation specials of the late 1990s.

Few modern machines typify this philosophy more than the Aston Martin Vulcan and McLaren P1 GTR, which along with the other ultracars will perform high-speed demonstrations throughout the weekend. With less than a combined 70 examples being built, the chances of ever seeing just one of these in the flesh is highly unlikely, so having both on track together at the same time will be an incredibly rare sight.

The Vulcan’s statistics make for remarkable reading. Its 7-litre race-derived V12 engine produces 800bhp, helping to propel the all-carbon fibre machine to 60mph in less than three seconds and on to a top speed of more than 220mph. Just 24 examples of Aston Martin’s flagship model will be produced.

Meanwhile, McLaren’s interpretation of an ultracar comes in the form of its P1 GTR, which takes its cues from the hybrid-powered P1 road-going example and iconic F1 GTR racer that graced sportscar grids in the mid-1990s. Although slightly less rare than the Vulcan - 40 or so P1 GTRs have been ordered - its 3.8-litre twin-turbo V8 powerplant packs just shy of 1000bhp, a 0-60 time of 2.5-seconds and a top speed north of 200mph.

The 1088bhp Rimac Concept_One is just as impressive, albeit for very different reasons. The world’s first all-electric supercar makes its UK track debut at Brands Hatch where its cutting edge All Wheel Torque Vectoring system will be demonstrated. A motor at each corner independently controls the amount of power received and deployed by each wheel, while its advanced KERS-like system can absorb 400kW of energy under braking. That, coupled to a battery deploying 1MW of power during acceleration, helps the Concept_One reach 62mph from standing in just 2.6 seconds and a top speed of more than 200mph.

Those attending Brands can also look forward to all-new Italian exotica courtesy of Pagani whose Huayra Pacchetto Tempesta is sure to wow crowds. A new, lighter exhaust system helps its AMG-sourced 6-litre twin-turbo V12 engine carry an even sweeter note than the ‘standard’ Huayra, while 730bhp, a 230mph top speed and incredible styling - featuring gullwing doors, naturally - make it an ultracar in every sense.

There will be plenty of opportunities to see the ultracars on track at Brands Hatch thanks to four 30-minute sessions split equally between Saturday and Sunday, while fans can also get up close in the support paddock.

Only the rarest and fastest ultracars built within the last 10 years will be considered for this year’s four events. They are split into two categories depending on their original purpose: those built in strictly limited numbers for the road, and their extreme track-only counterparts - like the Vulcan and P1 GTR - designed beyond the realms of regulated performance.