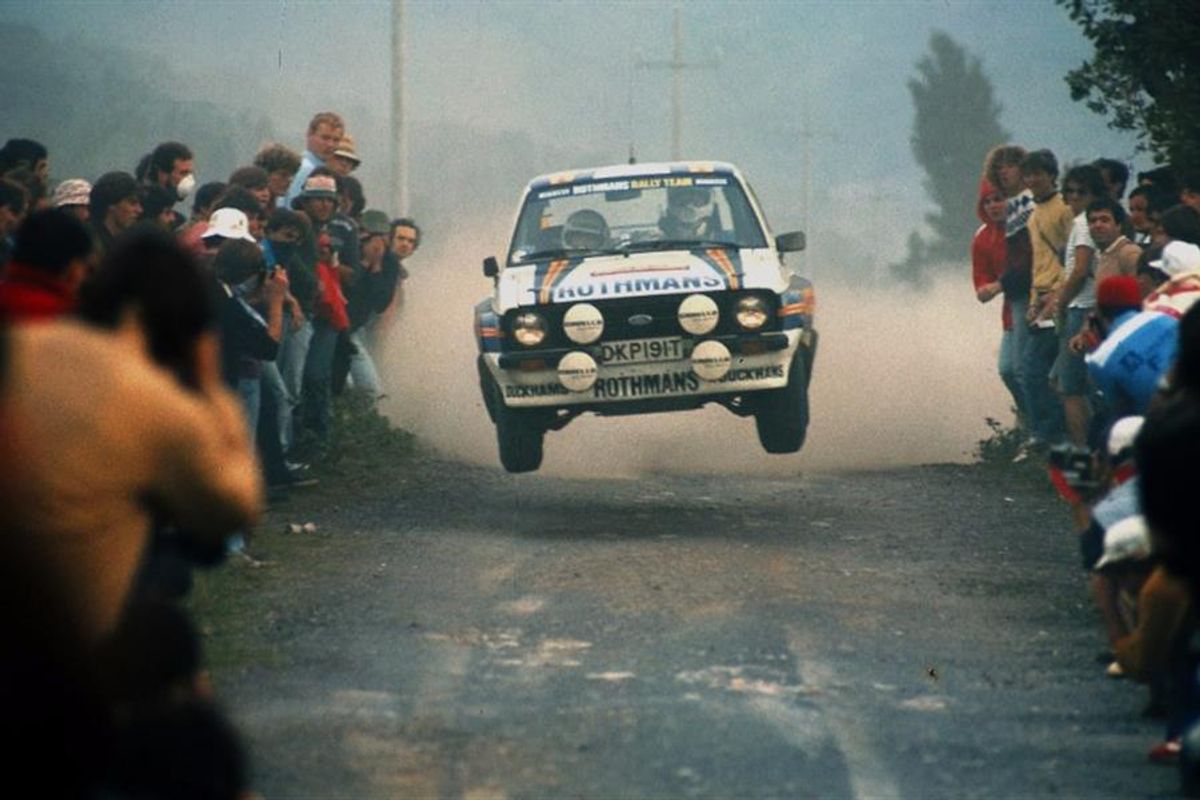 Few, if any, motor sport legends are more deified than the great Ari Vatanen – that’s why the blonde Finnish idol is among the five ‘Rally Gods’ starring at IGNITION, Festival of Motoring – the high-octane celebration of all things car and bike-themed staged on the streets of Glasgow in and around the SEC from 4-6 August.

While always worshipped as one of the fabled heroes of the fearsome, flame-spitting Group B era, it was in a spectacularly sideways Ford Escort that Vatanen first came to prominence.

His maximum attack ‘win it or bin it’ approach – as later embodied by Colin McRae – won hearts and minds of fans right around the globe – and the 1981 World Rally Championship title.

Come IGNITION, superhero Ari will be reunited with one of the few surviving Rothmans Rally Team RS1800s that he rallied in period. It is the very car in which he won the 1979 Cyprus Rally. Bottom row below).

“I always drove the Escort with the same enthusiasm as I live – flat out into every corner, and we’ll see what happens!” grinned Vatanen. “Living to the full with no time for tactics. Panel beaters got plenty of practice, though… ”

Despite all the accidents, Vatanen still loves the fabled Ford. “The Escort suited my style as a glove fits a hand,” he recalled. “It was so easy to drive that it must have guessed what I wanted to do. The numbers on the doors were usually the first thing the spectators saw. And I always had a big smile on my face.”

Ari is still smiling today and is thrilled at the prospect of meeting more of his devotees at IGNITION in Glasgow where he will be joined by four fellow Rally Gods: Markku Alén, Miki Biasion, Stig Blomqvist and Timo Salonen.

“I’m not sure why the British fans like me so much; perhaps it was my blonde hair but it was probably my driving style,” he beamed. “People love you if you’re fast and spectacular like Colin McRae was. Also, of course, if you make a few mistakes people can relate to you more – in real life we all blot our copybooks! What’s more I’ve always loved human contact. Cars are fantastic but you can’t speak to them.”

All five Rally Gods – Vatanen plus Markku Alén, Miki Biasion, Stig Blomqvist and Timo Salonen – will be back behind the wheels of the legendary cars that they campaigned in their heydays. Twice a day – as the climax to each exhilarating Track Show – the Rally Gods will also be competing against-the-clock in a dramatic not-to-be-missed Street Stage Shoot-Outs – this time racing cutting-edge sportscars on a special gymkhana circuit.

Visitors will also be given the chance to see their Rally God heroes up close with regular autograph and selfie sessions on all three days of the spectacular event.