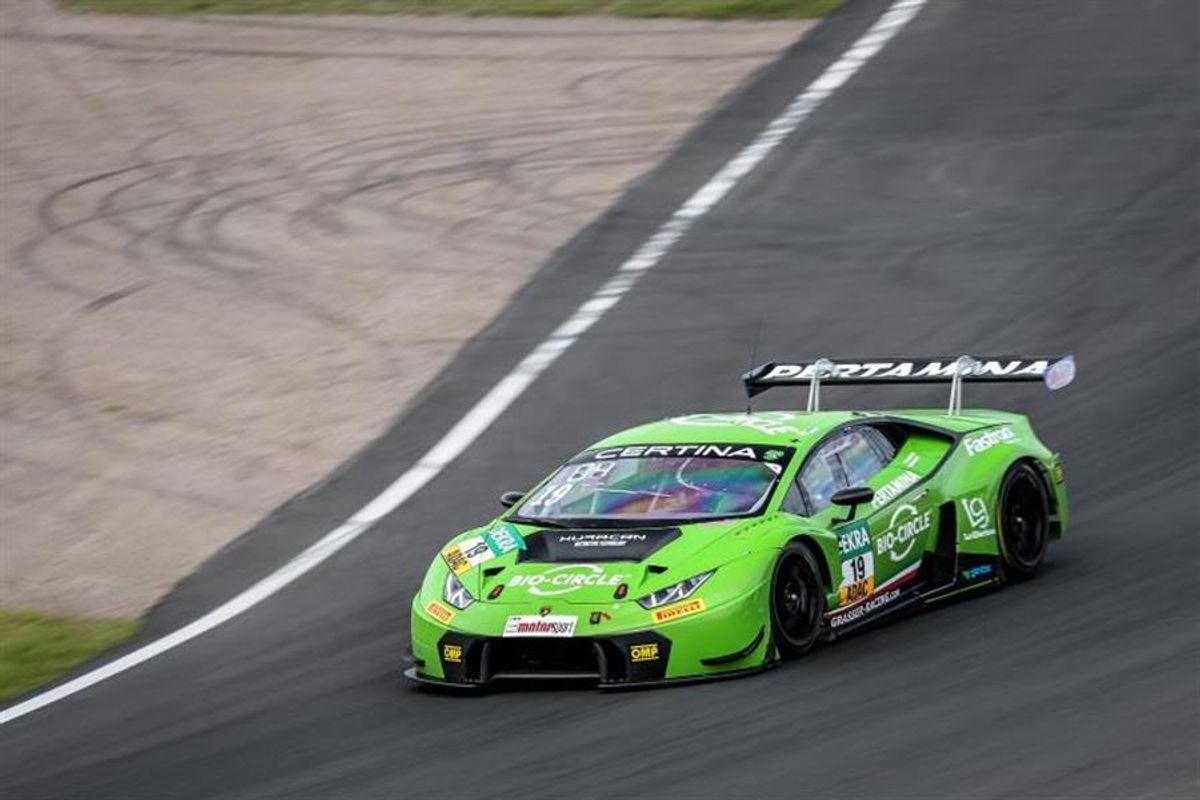 It hardly gets any closer. In the second ADAC GT Masters qualifying at Zandvoort, Lamborghini driver Mirko Bortolotti (27, I, GRT Grasser Racing Team) beat Mercedes-AMG driver Maximilian Götz (31, DEU, Mercedes-AMG Team HTP Motorsport) by the narrowest of margins - the deficit, a mere 15 thousandths of a second. Audi driver Kelvin van der Linde (21, ZA, Aust Motorsport) followed in third place. The eighth race of the ADAC GT Masters season will be broadcast live on SPORT1 at 1.00pm and can be viewed online as livestream at sport1.de, DAZ, adac.de/motorsport and youtube.com/adac.

Bortolotti set a new record in qualifying for the ADAC GT Masters on the freshly resurfaced Zandvoort circuit with his best time of 1:35.329 minutes. Following the race weekend at the Lausitzring, this was the second pole position of the year for the Lamborghini works drivers and the third of the current season for the Italian manufacturer and GRT Grasser Racing.

"I posted an excellent lap. It was almost perfect," said Bortolotti. "I'm very satisfied. This is a great result for us. It's my second pole position of the year and our third overall in the ADAC GT Masters. Many thanks to the team. They've worked very hard following our unfortunate retirement yesterday just before the finish line when we were in second place. That was very disappointing. Returning to the fray like this makes me feel proud. We should be able to contend for the win today if we can have a clean race without any problems."

Ex-champion Maximilian Götz in the Mercedes AMG had to be content with second place on the grid, followed by Kelvin van der Linde, another former title winner in the Super Sports Car League. The South African, who finished second in Saturday's race with Markus Pommer (26, DEU), missed taking best time in the Audi R8 by 0.279 seconds. Christian Engelhart (30, DEU) will line up alongside the Audi driver on the second row in the second Lamborghini Huracán prepared by GRT Grasser Racing. Luca Ludwig (28, DEU, Mercedes-AMG team ZAKSPEED) and Christopher Haase (29, DEU, Montaplast by Land-Motorsport) will be right behind them in the Audi R8.