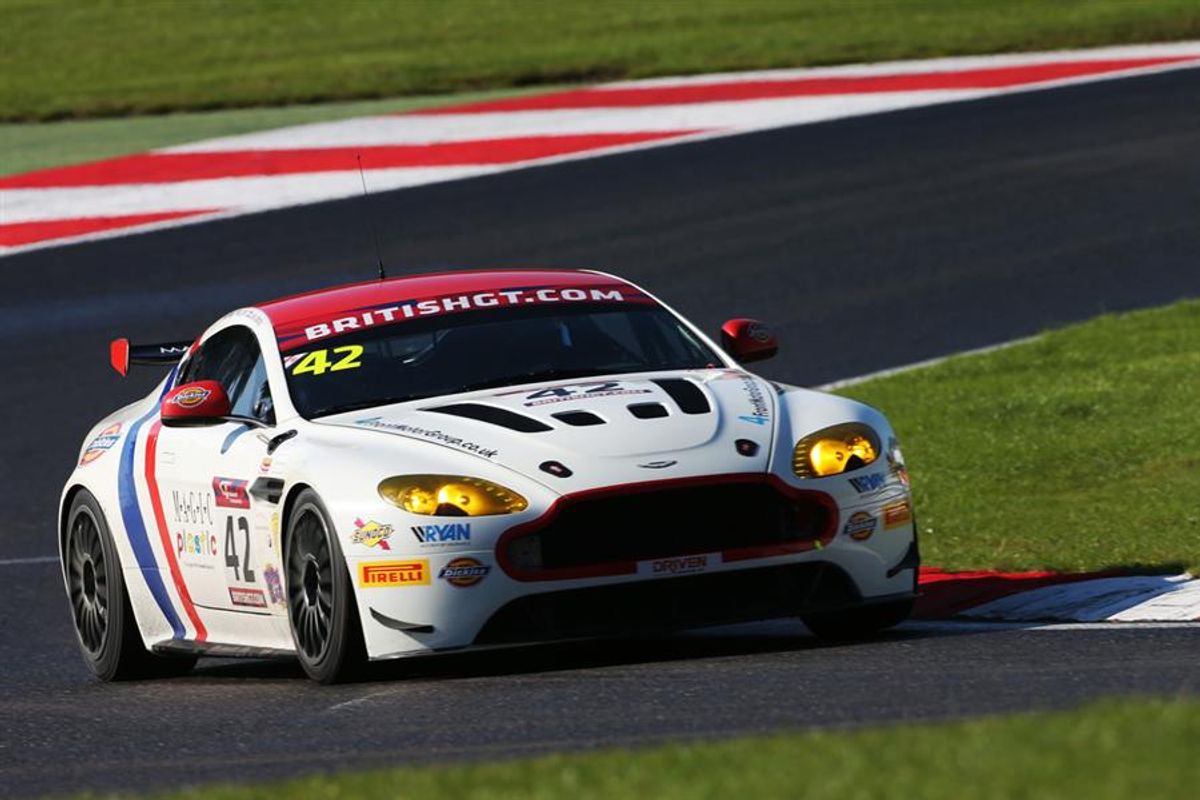 The British GT Championship is set for a tense conclusion next month after the penultimate round of the season at Brands Hatch was won by the Bentley Continental GT3 of Rick Parfitt Jr and Seb Morris for Team Parker Racing.

Racing on the Pirelli P Zero DHD tyre supplied to all the GT3 competitors, Parfitt came from sixth on the grid to take the lead during the first half of the two-hour race. Morris took over at the pit-stop and clinched a dominant win that moves the pair into the championship lead. The Lamborghini Huracan of Liam Griffin/Sam Tordoff and Aston Martin of Mark Farmer/Jon Barnes completed the podium. Lamborghini drivers Jon Minshaw and Phil Keen, who previously led the standings and claimed pole position in qualifying, finished fifth.

Macmillan Aston Martin drivers Will Phillips and Jan Jonck took the GT4 victory after close battles with the many McLarens and Ginettas in the category, where the P Zero DH tyre is used.

Jonathan Wells (Pirelli UK motorsport manager):
“At Brands Hatch the main demands on the tyres are lateral forces in the many medium to high-speed corners, but our products showed good performance despite the fairly warm temperatures and the endurance format. We also saw the wet tyres put to the test by the drivers in qualifying. The GT3 class in particular is now set up for an exciting finale at Donington.”

Rick Parfitt Jr (#31, Team Parker Racing, Bentley Continental GT3):
“Every win this year has been so hard-fought and this is without doubt the toughest domestic GT series in the world, so it means a lot to win. We’ve got the championship lead now and that’s a nice buffer to take into Donington. I’ve never led in GT3 and this is a special moment.”

Fact of the weekend:
Wet weather on Saturday meant the Cinturato WH rain tyre was used for much of qualifying, which took place over four separate sessions: two for GT3 and two for GT4, with each driver contesting one segment. With the track drying out, some GT4 cars switched to the P Zero DH slicks in the final session, including the Aston Martin of Will Moore and Matt Nicoll-Jones that claimed the class pole position.

Number of the weekend:
10.5. The GT3 points lead for Parfitt/Morris over Minshaw/Keen heading to the deciding race at Donington Park on September 24.