Neuville opens up gap to chasing pack after super Saturday 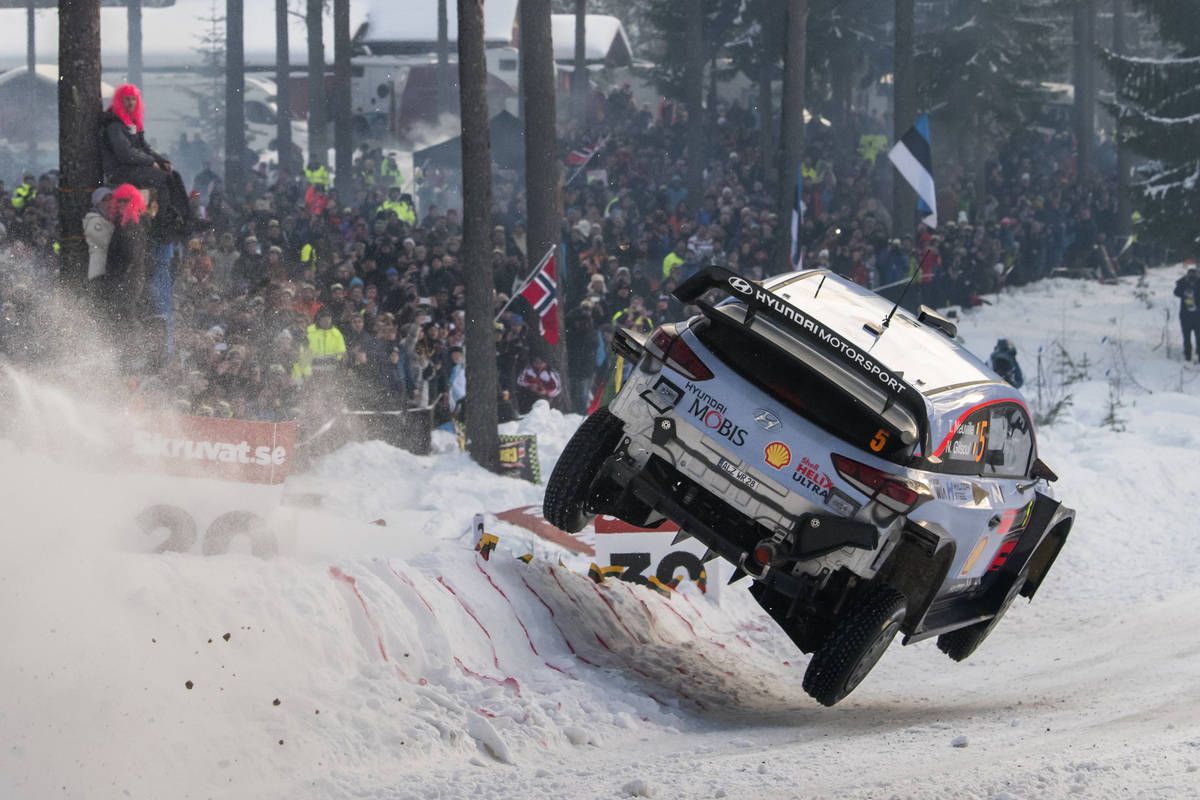 Thierry Neuville finally broke clear of the chasing pack on Saturday to move within touching distance of becoming only the third non-Nordic driver to win Rally Sweden.

The Belgian soaked up intense pressure for almost two days to protect a lead that never rose above a handful of seconds, before attacking himself to open a 22.7sec advantage with Sunday's short leg remaining.

The Hyundai i20 driver is determined to make up for last year when he crashed out of a comfortable lead, and join French legends Sébastien Loeb and Sébastien Ogier in taming the snow and ice rally.

He fended off Craig Breen, eager to claim a maiden WRC victory, and team-mates Andreas Mikkelsen and Hayden Paddon before trebling his lead with a stunning performance to win the gravelly 23.40km Hagfors speed test this afternoon.

A glitch with his car's paddle shift gearchange and a spin threatened to derail Neuville this morning. Mikkelsen, his closest challenger at the time, pirouetted at the same place and could not take advantage of his colleague's error.

That spin cost the Norwegian dear. He dropped to fourth and although he quickly regained third from Paddon, he could do nothing to reel in Irishman Breen and trailed him by 9.3sec.

It was an accomplished performance by Breen, whose only concern came when his Citroën C3 swiped a snow bank. He gambled on carrying just one spare wheel this afternoon to save weight but could do nothing to halt the leader's charge.

Paddon's car set-up was unsuited to this morning's forest roads and the New Zealander lost a handful of seconds stuck on the inside of a hairpin in the final stage to end 16.6sec behind Mikkelsen.

Mads Østberg was distanced by the battling quartet. The Norwegian changed his C3's settings as he searched for improved balance but the switches affected his confidence and he reversed the adjustments.

Esapekka Lappi headed a trio of Finns in sixth, 9.0sec behind Østberg and almost a minute clear of Toyota Yaris team-mate Jari-Matti Latvala, who struggled with differential issues.

Teemu Suninen, making only his third World Rally Car start, slipped to eighth in his Ford Fiesta, with Ott Tänak and Sébastien Ogier completing the leaderboard.

Tänak won three stages but was involved in a bizarre incident with Kris Meeke which cost him two minutes and ended with the Briton's retirement.

Meeke nosed into a snow bank but lost engine power when he regained the road. He stopped to clean snow from his C3's cooling system and as Tänak tried to pass in a narrow section, the two cars collided and the Estonian's Yaris bounced into a ditch.

Sunday is the shortest leg with just three stages covering 51.94km. After two passes through the Likenäs test, the rally ends with the lunchtime Torsby Power Stage, which offers bonus points to the fastest five drivers.