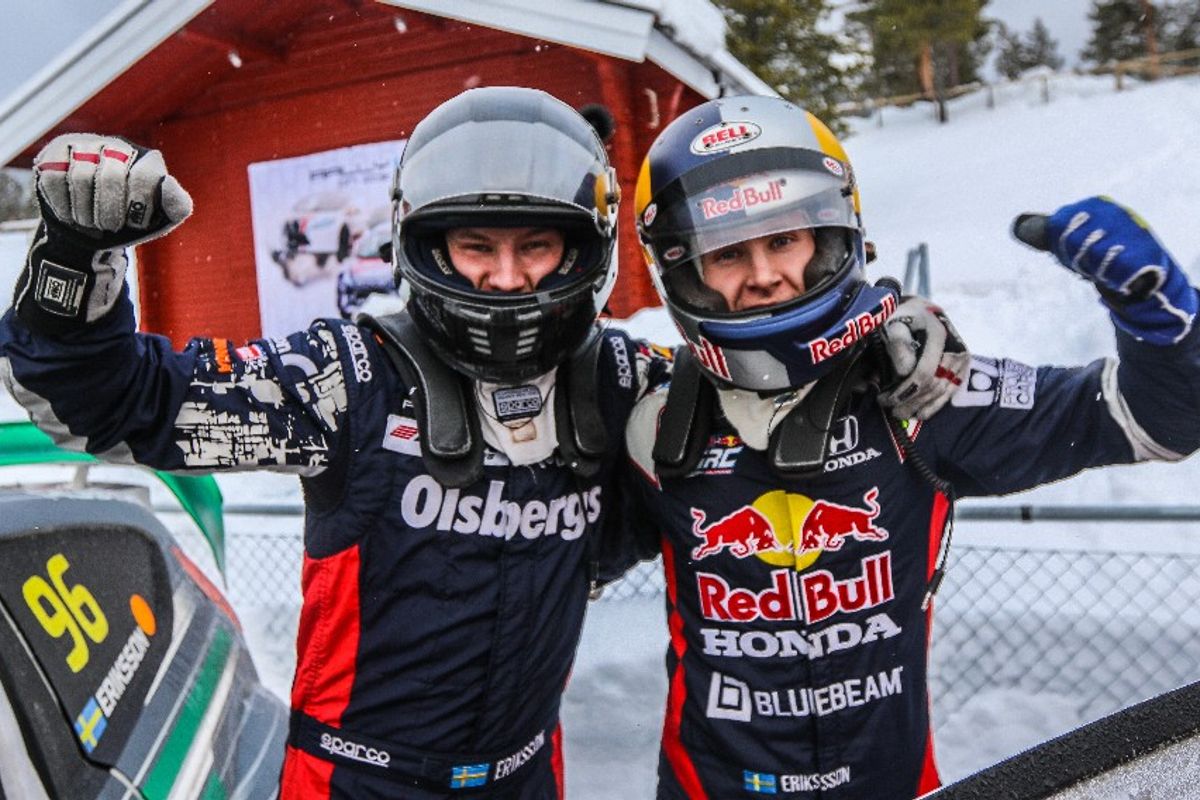 Rallycross powerhouse Olsbergs MSE is targeting a hat-trick of victories as RallyX on Ice speeds over the Swedish border to Ål in Norway this weekend (25 February), with a special guest appearance from a Verizon INDYCAR Series superstar.

Spurred on by younger brother Oliver Eriksson’s success in the Östersund curtain-raiser, Kevin Eriksson raced to victory at Höljes earlier this month, with a consummate performance at the home of Sweden’s mid-summer FIA World Rallycross Championship event.

The Scandinavian siblings will be aiming to complete a family hat-trick in round three of the hugely popular winter series, but this time, there will be a new name in the frame to beat – and a very big name at that. Revving up to make his rallycross debut in Norway is reigning INDYCAR Champion Josef Newgarden, who will take over from Austin Cindric in the Team Penske-liveried car, fielded by OMSE.

“Now that I’ve seen the couple of races that Austin has run, I feel like I have a better idea as to what I’m getting into,” revealed the American. “This will still be a huge challenge and undertaking for me, but I’m more than excited for the opportunity.

“I got the chance to drive a lot of different cars at the Race of Champions a few weeks ago, which will hopefully help me to adapt, but I don’t know anything you can do to try and adapt to racing on ice. No matter how it goes, I’m looking forward to the experience and I think it will be a lot of fun.”

Last year’s RX2 International Series and GRC Lites Champion Cyril Raymond will be bidding to bounce back from a tough time at Höljes, where his raw pace went unrewarded. The same goes for Cole Keatts, whose challenge in Sweden was undone when his car was struck by that of a rival during the qualifying stages.

“We’ve not had the best of fortunes over the first couple of weekends,” teenage prodigy Keatts acknowledged. “We’ve always seemed to find ourselves in the wrong place at the wrong time, but hopefully now our bad luck is out of the way and we can crack the semi-finals at Ål. We have the pace and potential, so putting it all together will be the key to making the semis!”

OMSE’s entry is completed by former FIA European Rallycross Champion Robin Larsson, whose car will run under the colours of Larsson Jernberg Motorsport.