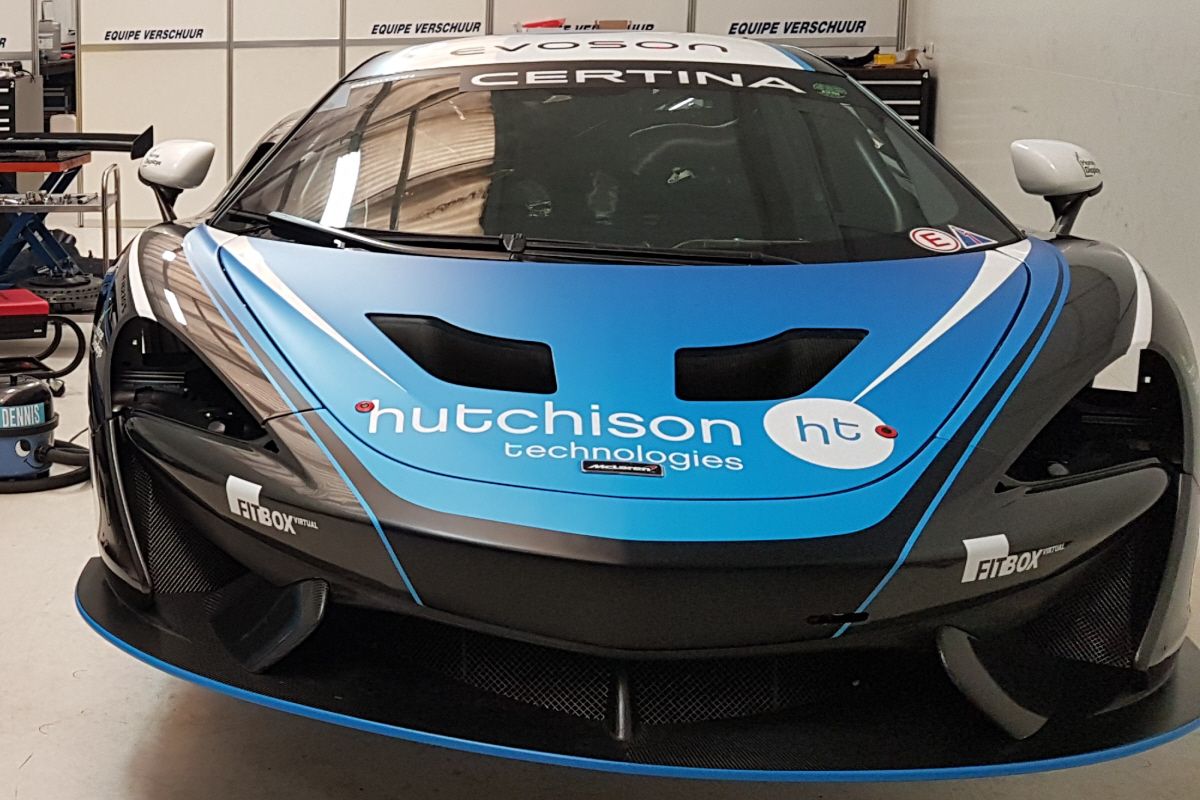 McLaren 570S to be run in British GT4 by Equipe Verschuur

Finlay Hutchison will challenge for championship titles both home and abroad this year after today, Wednesday, 28th February, announcing he will dovetail participation in the GT4 European Series with a newly confirmed campaign in the British GT4 Championship.

The 18-year-old from Dundee, who will embark on his first season of action on UK soil having competed on the European stage since beginning his car racing career two years ago, will be joined by fellow Scotsman Dan McKay to form a very strong Silver Cup pairing in the category.

Sharing a McLaren 570S GT4 which will be run by top Dutch squad Equipe Verschuur Autosport, the team with which Hutchison will also contest his second season of GT4 European Series competition, the new team-mates intend to be a potent combination from the outset in the British series.

“I’m really looking forward to racing in the UK as well as Europe this year, it’s a great opportunity to be doing a double programme with all of the extra seat time it will give me”, said Hutchison, “Dan has some good experience so it’ll be great to work with him, I’m sure we’ll be a strong pairing and we know Equipe Verschuur will deliver a competitive car.

“The weather conditions will be a lot colder at the British tracks than I’m used to in the European championship, so I’ll need to adapt my driving style a little bit to suit that, but it’s a great challenge and I can’t wait for the first round at Oulton Park.”

Edinburgh-based McKay, who sampled a McLaren in British GT4 last year, enters his first full season in the category off the back of a strong year in the Porsche Carrera Cup GB Championship where he was eighth overall – having been runner up in the Pro-Am 1 standings the year before. Prior to racing in Porsche, McKay started out his car racing career in 5/8 scale Legends Cars.

“I can't wait to get going with Finlay and Equipe Verschuur for this year’s racing”, said McKay, “I had a chance to sample a McLaren 570s GT4 last year and liked the overall feel of the car, and could feel there was more potential in there. With Finlay and Equipe Verschuur I feel we'll be able to extract all of that to race right at the front of the increasingly competitive British GT4 Championship.

“With new cars from BMW, Audi and Mercedes into an already competitive field I'm under no illusions it’s going to be easy. The record of the guys at Equipe Verschuur speaks for itself, though, and I have no doubt in my mind we will have the best McLaren on the grid. Having a Scotsman as my team-mate is an obvious bonus, I won’t have to worry about anyone not understanding me!”

While Hutchison has been racing in Europe for the last two seasons, in the GT4 European Series in 2017 and, before that, Formula Renault in 2016, he does have experience of some of the UK tracks when he gained his racing licence prior to debuting in single-seaters.

“I do prefer the longer endurance races, so the two hour races and the big three hour at Silverstone are the ones I’m most looking forward to in British GT4”, added Hutchison, “It’s going to be a busy year, but I can’t wait to get started.”

Visits to Rockingham in Northamptonshire and Snetterton in Norfolk follow before the blue riband race of the season, the three-hour Silverstone 500, on 9th/10th June. After the overseas visit to Spa-Francorchamps in Belgium in July, the championship will conclude with trips to Brands Hatch Grand Prix Circuit in August and Donington Park in late September.