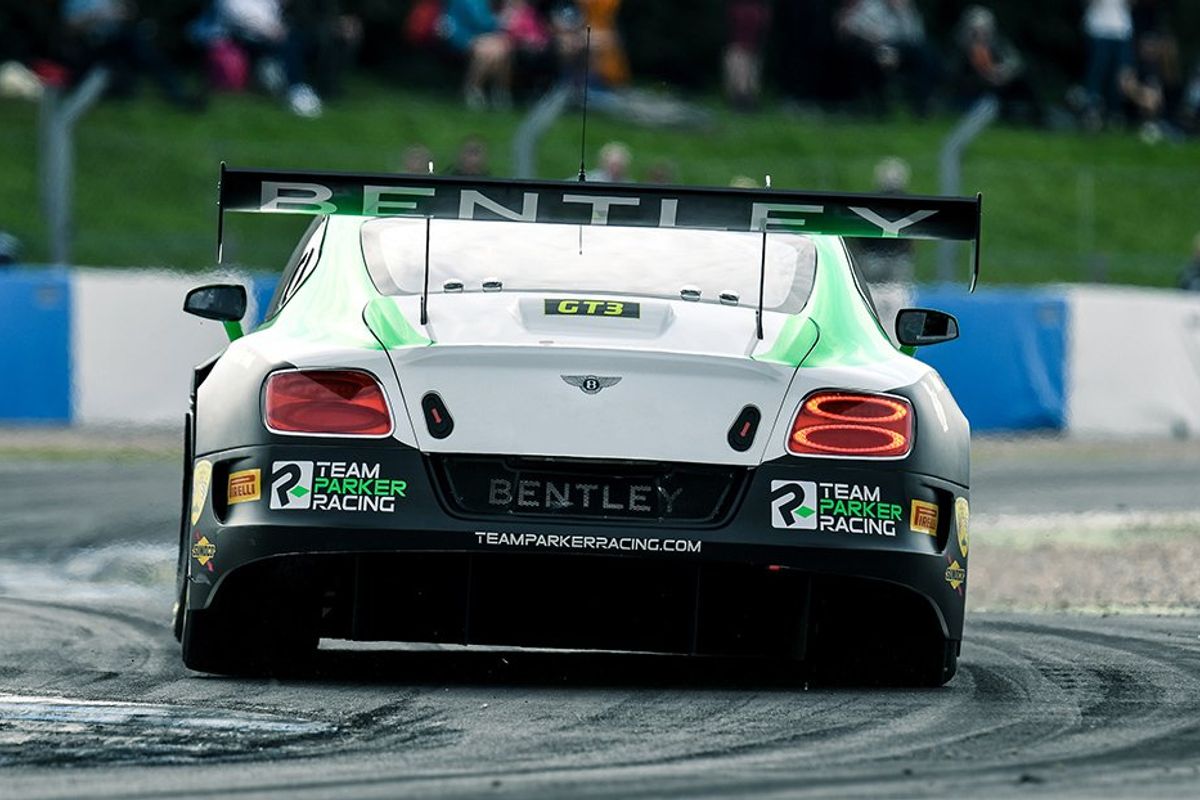 Josh Caygill says he is relishing the ‘cut and thrust’ of the all-action Blancpain Sprint Cup this year after signing a deal with Team Parker Racing to switch to the pan-European category, at the wheel of a spectacular Bentley Continental GT3.

In a move announced by the Leicestershire squad on Tuesday, 27th February, the 28-year-old from Holmfirth in West Yorkshire will move across to the exciting Sprint Cup from the sister Blancpain Endurance Cup where he debuted in 2017 with Belgian Audi Club Team WRT.

Making a strong impression in his first full season of endurance competition, with a best finish of ninth in the Pro-Am class at Paul Ricard in France, Caygill cannot wait to get started in the action packed Blancpain Sprint Cup where he will partner British Touring Car Championship race winner Aron Taylor-Smith in the Silver Cup class.

Where the Endurance Cup features races three, six and even 24 hours in duration, in the Sprint Cup the action takes place over shorter 60-minute contests with two encounters taking place on each given race weekend.

Having already sampled the proven Bentley Continental GT3 he will share with the Irishman this year, during a recent test at Navarra in Spain, Caygill has high hopes for his second season of racing at this level and cannot wait to get stuck in to the Sprint Cup format. He is equally delighted to retain his strong portfolio of sponsors for 2018, especially headline backers SMUK and LSS Waste.

“I can’t express how ecstatic I am to be racing with Team Parker and Bentley in the Blancpain Sprint Cup this year, it’s a fantastic opportunity and at exactly the right time in my career”, said the rapid former motorcycle racer, “The two day test at Navarra was great, very productive and the ideal opportunity to get to know the team, the car and, of course, work with Aron for the first time.

“There’s a really good atmosphere in the team, very positive, and I’m confident we’re all going to have a great year. I think Aron and I are going to work really well, it’s great having such a quick and competitive team-mate to measure myself against and hopefully we’ll push each other on. I’m obviously delighted to have the continued support of SMUK, LSS and all my other sponsors too.”

After starting out his motorsport career on two wheels, Caygill was forced to step aside from the British Supersport Championship in 2012 due to injury. Making the switch from motorcycles to cars in the Volkswagen Racing Cup in the UK, he progressed into the pan-European Volkswagen Scirocco R-Cup and then its replacement category, the Audi Sport TT Cup, where he was a podium finisher.

Moving full-time into endurance racing last year at the wheel of an Audi R8 LMS Ultra in the Blancpain Endurance Cup, Caygill has also gained additional experience in the VLN endurance series and the annual Dubai 24 Hours where he finished second in class this year. Now getting ready to race a Bentley Continental for the first time, Caygill simply can’t wait for the opening round in April.

“I’ve been absolutely blown away by the Bentley, it’s an incredible car and I felt really comfortable driving it straight away”, Caygill added, “I obviously know, from first-hand experience, how competitive the Blancpain GT Series is but I’m looking forward to the shorter Sprint Cup races which are even more cut and thrust than in the Endurance Cup. It’s going to be a mega year.”