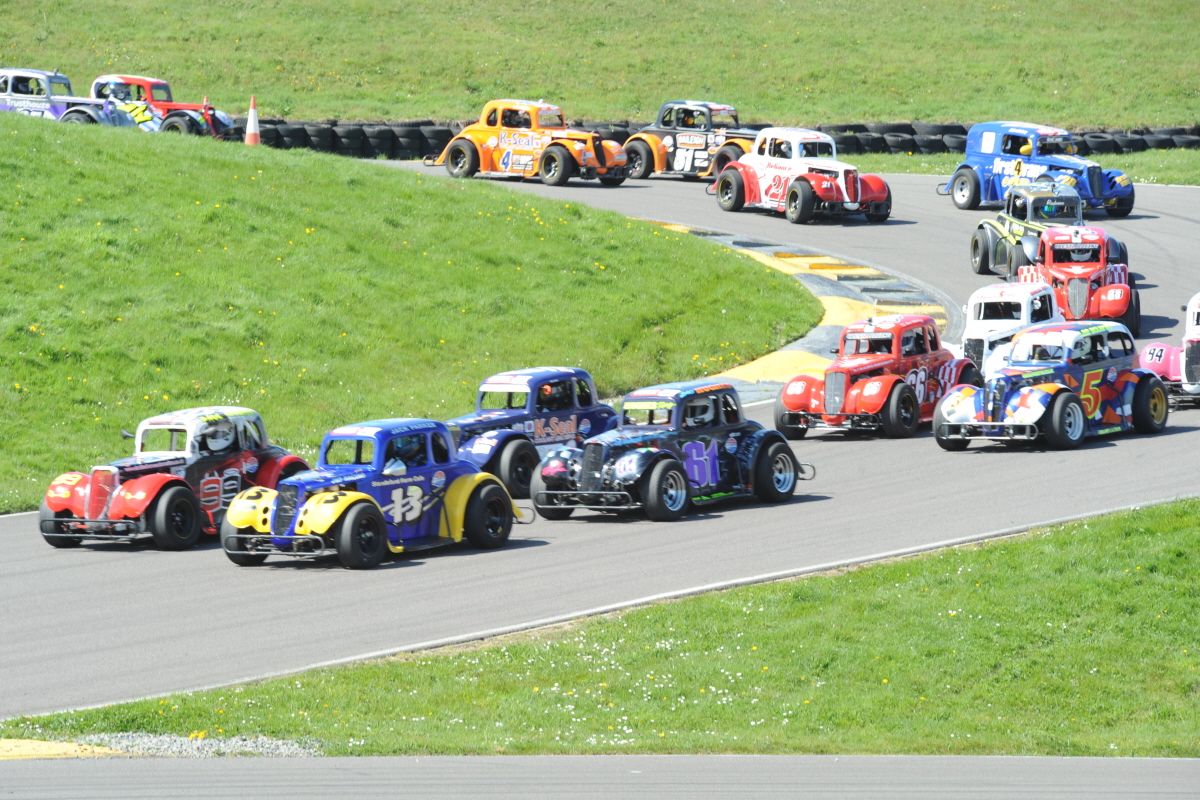 Legends Cars National Championship with MRF Tyres fans are in for an absolute treat during the 2018 season with a bumper entry of more than 30 cars expected to contest the 51-race season, which begins just a fortnight from now on Saturday, 17th March.

Following the initial announcement of the first dozen competitors back in January, which included the likes of race winners Jack Parker (Wolverhampton) and Sean Smith (High Wycombe), category organisers are now elated to confirm a remarkable entry for the nine event season with a fantastic mix of experienced Legends Cars campaigners and promising newcomers.

Notably, the top three finishers from last year’s championship are all back in action this year with Steve Whitelegg (Bury) having already been confirmed back in January. Another mouth-watering battle is in store between Mickel, Power and Whitelegg before even looking at the rest of the entry.

Exciting young talent Connor Mills (Upminster), who won on his first outing in a car for 12 months during last year’s championship finale, will be back in Legends Cars and will undoubtedly be a major contender for more trophies.

Both class champions, Masters title winner Paul Simmons (Lingfield) and Rookie champ Miles Rudman (Sutton Coldfield), are also back as is Marcus Pett (Boston) who returns to build on some standout drives from his maiden car racing season last year.

There is also a welcome return to action in the Legends Cars National Championship with MRF Tyres for former title winner Stephen Treherne (London), who will be determined to get in among the leading contenders from last season.

From an international point of view, Finnish driver Miikka Riihimaa will make his debut in the UK based series. Bringing a wealth of experience of racing 5/8 scale Legends Cars in his native Finland, Riihimaa is a very welcome addition to the championship.

Belgian ace Guy Fastres will return and, dependent on the race meeting and possible clashing commitments, his team is likely to field as many as six cars for compatriots such as Sebastien Kluyskens – race winner at Brands Hatch last November – Gilles Verleyen and Jean-Michel Poncelet.

“I really am absolutely elated with the entry list we have for the 2018 season, it’s a spectacular number of cars and we do expect grid numbers to be in the late twenties and early thirties at a lot of our events – particularly the big truck meetings and the American Speedfest in the summer”, said Legends Cars National Championship with MRF Tyres owner Phil Cooper.

“It’s fantastic to have the top three from last season all returning, plus our Masters and Rookie champions and our former champion Stephen Treherne making a return. We’re also thrilled to see Miikka Riihimaa joining us along with our Belgian friends from Guy Fastres’ team, we really have got all the ingredients for a truly outstanding season.”