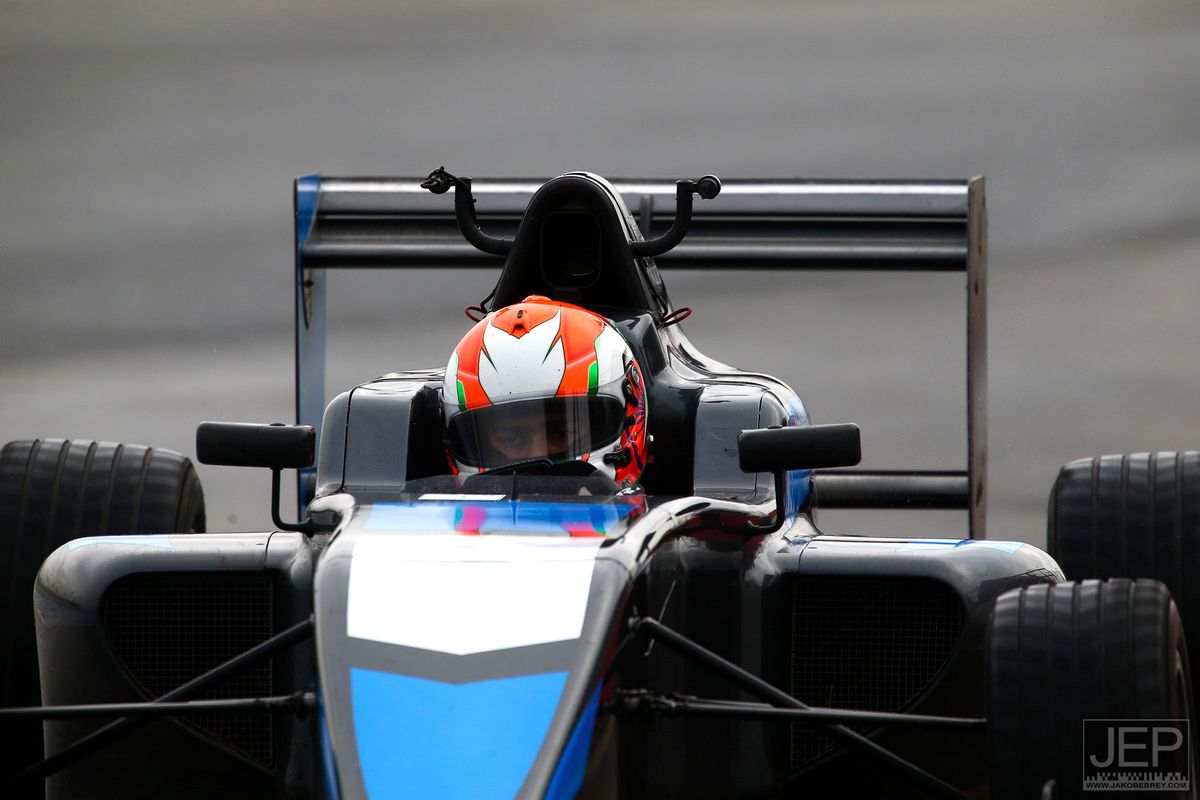 Mahadik, who hails from Kolhapur in India, grabbed the headlines on his maiden appearance in Double R colours last season, during the sixth event of the campaign at Brands Hatch Grand Prix Circuit, when he claimed his first F3 victory during the second race.

“I am delighted to be racing with Double R for the 2018 season”, said the 19-year-old, “We performed really well together last year and I feel we have unfinished business in British F3, I want to build on that!

“We are all really looking forward to a successful season and I can’t wait to hit the track. I am feeling focused and on top of my game and I know I have the best group of guys around me. At Double R I feel part of the family and, together, I feel like we can achieve great things this year.”

Mahadik, who is part of the Veloce Sports management stable, began his motorsport career in karting and claimed his first title in 2012 in the J.K Tyre Indian National Karting Championship, where he won the Junior Max category – a title he successfully defended in 2013.

Graduating into cars for the 2015 season in his homeland in Formula BMW, Mahadik ended the championship third overall. For the 2016 season he set his sights on international competition, and so made the move into the BRDC British Formula 3 Championship.

After roughly a year away from F3 competition, he made his return in sensational style last August with Double R where he put together a terrific weekend at Brands Hatch with eighth place results either side of his tremendous maiden victory. During the subsequent event at Snetterton 300 Circuit, Mahadik took fifth, sixth and fifth place results to confirm his front-running credentials.

Double R Racing team principal Anthony ‘Boyo’ Hieatt is delighted to have secured Mahadik’s return to the team for the full 2018 campaign, and believes the Indian racer has the ability and pace to be a regular podium challenger.

“Everyone at the team is very happy to see Krish back with us for 2018, he did a fantastic job on his first outing with us last year at Brands Hatch – to win on his first weekend with Double R really was a perfect start to the relationship”, said Hieatt.

“British F3 is always super competitive but we know Krish has the capability of challenging at the front and with the experience he’s gained in F3 over the last couple of years, it should be a strong season together.”

Mahadik joins BRDC British Formula 3 Championship rookie Linus Lundqvist at Double R Racing for the 2018 season with the team’s third driver to be named in due course.