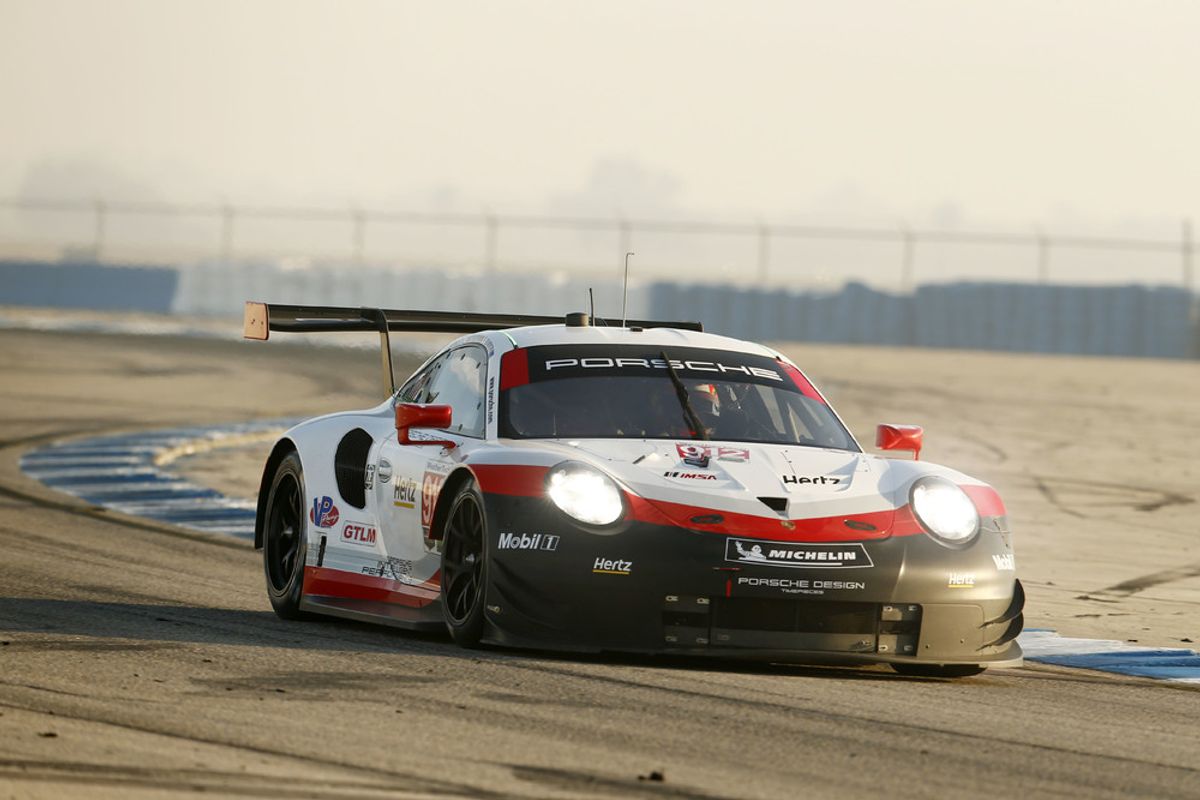 The best Porsche 911 RSR takes up the Sebring 12-hour race from the third grid row on Saturday. In the hotly contested qualifying for round two of the IMSA SportsCar Championship and the North American Endurance Cup, Laurens Vanthoor (Belgium) planted the #912 Porsche 911 RSR racer on the sixth spot in the GTLM class. His teammates for the second long-distance classic of the year after the 24 Hours of Daytona are two-time outright Le Mans winner Earl Bamber (New Zealand) and Gianmaria Bruni (Italy). At the wheel of the second 911 RSR fielded by the Porsche GT Team, Le Mans winner Nick Tandy (Great Britain) clocked the eighth fastest time at the Sebring International Raceway, the 5.954-kilometre airfield circuit in Florida. He shares driving duties in the #911 car with Frenchmen Patrick Pilet and Frédéric Makowiecki. With 18 overall victories and 70 class wins, Porsche is the most successful manufacturer in the history of the oldest and toughest sports car race in the United States.

Qualifying quotes
Pascal Zurlinden, Director GT Factory Motorsports: “That was a very close qualifying session. The first six cars were separated by just four-tenths of a second. Now we need to work out why we’re trailing a bit and how we can close the gap for the race tomorrow. The temperature differences between the hot afternoon and the cool evening will be huge. One of the secrets to success at Sebring is to find the best possible compromise in the setup.”
Nick Tandy (911 RSR #911): “Our strategy was to turn the best lap time very early on in the session. We succeeded. Unfortunately, our rivals then managed to drive a little faster. Towards the end of the session our tyres deteriorated to the point that we could no longer keep up.”
Laurens Vanthoor (911 RSR #912): “The conditions during the qualifying were different to those in the final free practice this morning. But we also have to cope with changing track conditions in tomorrow’s race. Our 911 RSR ran well. I was fast during my first lap, but I made a big mistake in the last corner. Everything then came together in the second lap.”

The race starts on Saturday at 10:40 hrs local time (15:40 hrs CET) and and can be viewed live outside the USA on www.imsa.com.