Lewis Hamilton Misses Out On win In Melbourne 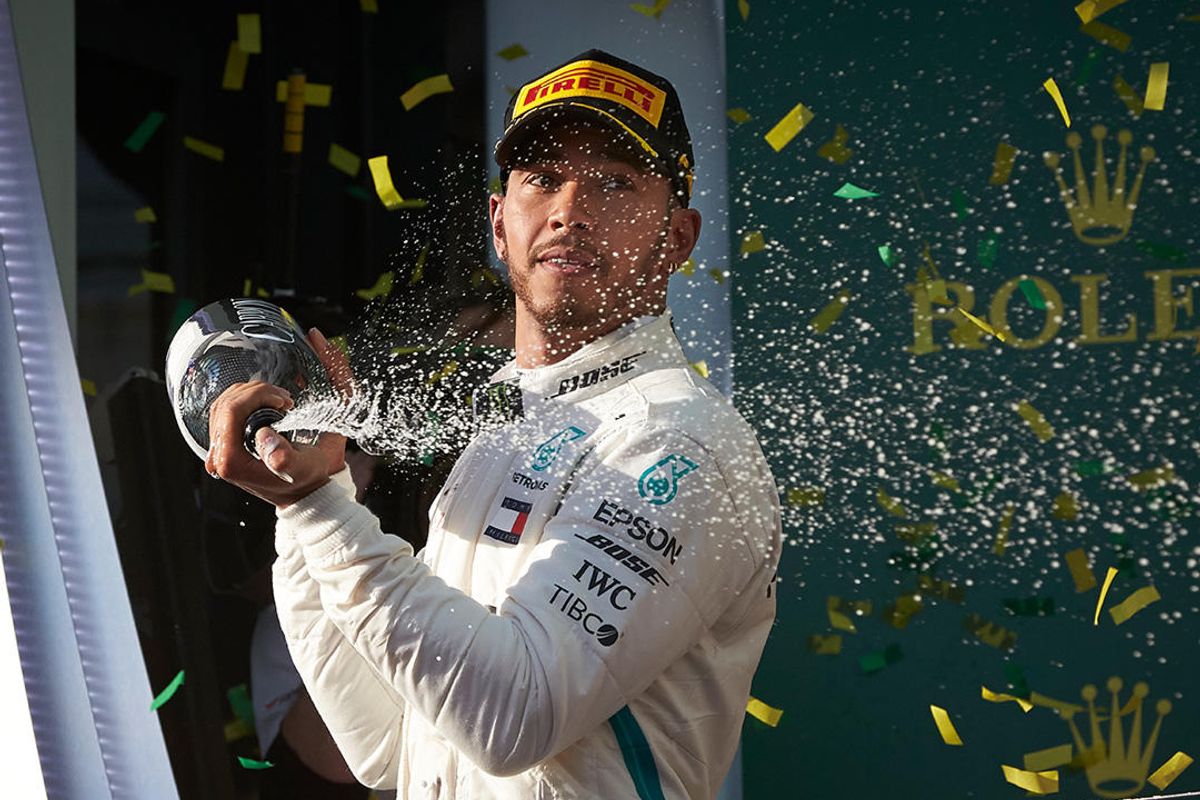 Mercedes 2018 challenge begins with second place for Lewis Hamilton and eighth for Valtteri Bottas in the Formula One season opener.

What Happened?
-  Lewis started the 58-lap race on the UltraSoft tyre, switching to the Soft compound on lap 19. Valtteri also lined up on the UltraSofts, moving to SuperSofts on lap 25.

-  Leading away from pole position, Lewis opened up a comfortable lead over Ferrari's Kimi Räikkönen and had an advantage of over three seconds when he boxed for fresh tyres.

- Ferrari's Sebastian Vettel took over at the front and dived into the pits during the VSC, taking advantage of the slower pace on track to jump both Lewis and Kimi.

-  Lewis pushed hard, but with overtaking being tricky in Melbourne and his rear tyres starting to go off, he was forced to settle for second - the 118th podium of his career and eighth at Albert Park.

-  Valtteri lined up 15th after his Qualifying crash and gearbox penalty but made steady progress early on, before making up further ground with his VSC pit stop.

-  He continued to steadily pick up places, but started to struggle with overheating in the closing stages and crossed the line in eighth place to nab his 66th points finish in F1.

-  Lewis and Valtteri leave Melbourne P2 and P8 in the Drivers' Championship, with the team P2 in the Constructors' standings.

What Did We Learn?
While the W09 showed promising pace, the result wasn't what we were hoping for. So, we'll head back to base, examine what happened and make sure we're ready for the next battle.

"Having come to Melbourne with high hopes, it will be a long journey home for us, knowing that we under-delivered as a team," explained Technical Director James Allison.

"The pace we saw during the weekend was promising for the season ahead but it counts for nothing if you don't handle correctly the cards that the race can deal to you - and, today, we didn't.

"We need to analyse our mistakes, correct them and we look forward to getting to the next race and starting to put things right."

What Are We Saying?
Lewis: "I did everything I could today, but it's not what anyone expected to happen. I'm still in a little bit of disbelief as I don't really understand what happened yet.

"Once I get back with my engineers they'll do a debrief and obviously I'll find out why. This weekend there was so much talk about party mode or if Ferrari would be quick enough.

"I don't think the gap was as big as it seemed yesterday, it's just that I had a good lap and maybe Sebastian didn't have a good lap. But today they were very, very quick.

"I put up a bit of a fight towards the end but they were within a tenth of us today. At least in my heart I know that I gave everything this weekend.

"I'm sure the team is feeling pain right now but we will regroup and we'll work on it."

Valtteri: "It was a bit of a frustrating day. I got some points, but not as many as I was hoping for, even starting 15th on the grid.

"We had a good car, it felt just like in qualifying, the team did a really good job on that. Unfortunately, we just couldn't make anything out of it because it is so difficult to overtake on this track.

"I also struggled a bit with overheating issues on the engine when I was following other cars, so I had to back off many times.

"It's been a disappointing weekend and certainly not an ideal first race, but we still have 20 races to go. We need to learn from this weekend and try again in two weeks in Bahrain."

Toto: "This was one that got away and it's a bitter pill for us all to swallow. Following Lewis' pit stop, we believed that we had the scenarios of both the Safety Car and the Virtual Safety Car covered, so that Sebastian could not pit and come out ahead of Lewis on track.

"We should have been several seconds safe, then suddenly saw on the TV screens that we were not. Of course, under the VSC sometimes you benefit and sometimes you lose out - but it was clearly a problem on our side and we need to analyse that to understand what happened and correct it.

"It's all the more frustrating because we had the pace today to win. Lewis was in control through the opening stint, then after the pit stop as well, and looked on course for a strong victory but it wasn't to be. On Valtteri's side, we knew this would be a tough race to make up much ground.

"The margins between teams are closing up and this is one of the most difficult circuits to overtake on in the entire season. He made three passes on track, and benefited from the VSC too, but then was stuck in a DRS train in the final laps.

"Congratulations to Ferrari on their win today; for us, it's a tough one to take, but there are lots of lessons to be learned so we can come back stronger next time."