Jenson Button to join JD Classics for two races in 2018 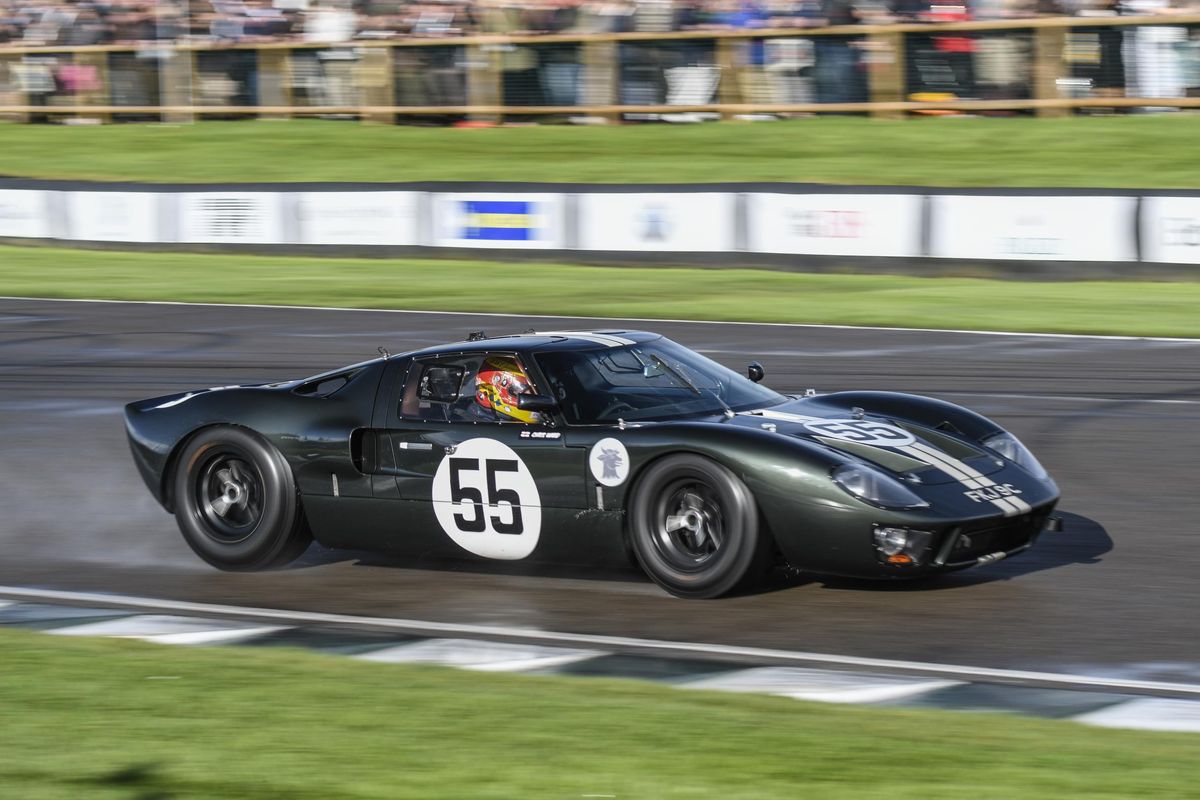 2009 Formula One World Champion, Jenson Button, will be driving two races with historic motorsport experts, JD Classics, in 2018
Button will be racing a JD Classics-prepared XJR-9 at Le Mans Classic in July and another JD Classics entry at Goodwood Revival in September

Button is one of the most experienced drivers to have ever raced in F1, with 306 race starts for Williams, Benetton, Renault, BAR, Honda, Brawn and McLaren
JD Classics is a main sponsor of both the Goodwood Revival and Le Mans Classic
Jenson Button will be competing in two races with historic motorsport experts, JD Classics this year, racing at Le Mans Classic in July and the Goodwood Revival in September. Jenson will be driving two cars expertly prepared by the team of 75 engineers and craftsmen at JD Classics’ 155,000 sq/ft facility, including an XJR-9 at Le Mans Classic.

The JD Classics-prepared XJR-9 is chassis #688, the car that was built by Tom Walkinshaw Racing in 1988 to replace that year’s Le Mans-winning car, and which has a number of incredible competition results to its name. In July 1988 chassis #688 placed third at Brno, driven by Johnny Dumfries and Jan Lammers, while in September that year it was driven to second at the Spa 1000km by Dumfries, Lammers and Martin Brundle.

Jenson Button and the JD Classics XJR-9 will line-up on the Le Mans Classic Group C grid against a number of other motorsport legends of the same era, including the Porsche 962C, Peugeot 905 EV1 and Nissan NPTi 90.

Following Button’s drive at Le Mans Classic, he will again join the JD Classics team to race at Goodwood Revival in September. Button will be competing in one of the JD Classics entries over the race weekend, which have in the past included a Ford GT40, Jaguar E-Type Lightweight and Cooper T33.

Across both race weekends – Le Mans Classic and Goodwood Revival –JD Classics will provide Jenson with the same race support offered to its customers, including vehicle transport and full technical assistance before, during and after the race.

Button is one of the most experienced drivers to have ever raced in Formula One, with 306 race starts to his name – joint second with Michael Schumacher. Button began racing in Formula One in 2000 with Williams, where he became the youngest driver at the time to ever score a point in F1.

Button then went on to race at Benetton, Renault and BAR, where he achieved a third-place finish in the Drivers’ Championship during the 2004 season. Three years at Honda followed before the team became Brawn GP in 2009, the year in which Button became Formula One World Champion. In 2010, Button moved to McLaren, and raced there until the end of the 2016 season, when he took a break from racing in F1.

The JD Classics Competition Department is perhaps the most successful classic motorsport outfit in the world, with victories at Spa Six Hours, Goodwood Members’ Meeting, Monaco Historique, Donington Historic Festival and Silverstone Classic to its name. The team also hosts the largest single entry into the Mille Miglia rally, with ten entrants this year, and offers a comprehensive historic motorsport programme for its customers.

At the last running of Le Mans Classic in 2016, the JD Classics team claimed four victories, a podium finish and a pole position against world-class opposition. In 2017’s Goodwood Revival event JD Classics took one victory and two second-place finishes.

JD Classics is a main sponsor of both Le Mans Classic and Goodwood Revival, and will be hosting guests and VIPs for a number of exclusive opportunities across both race weekends.

Derek Hood, JD Classics founder, said: “It’s an absolute pleasure for us to have Jenson racing with us twice this season. I know the talented engineers working in our race shop in Maldon are some of the best in the world so Jenson will have all the technical support he needs. We’re proud sponsors of both Le Mans Classic and Goodwood Revival because we believe they deliver some of the best historic motorsport action on the calendar – having Jenson racing at both just goes to show why.”