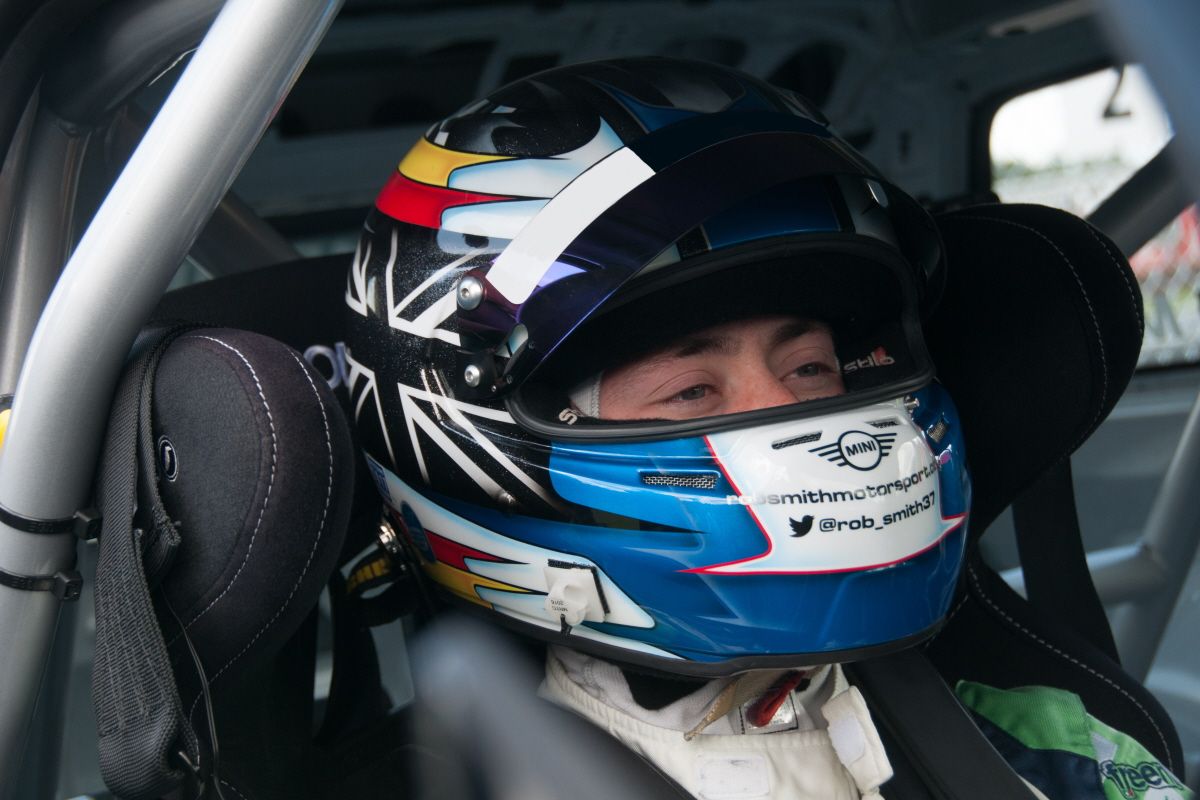 Multiple MINI Challenge JCW race winner Rob Smith has officially confirmed his return to the hugely popular one-make championship for the 2018 season with just one goal in mind – winning the prestigious title.

The 25-year-old, originally from Telford but now living in Nantwich, mounted a strong bid in the British GT Championship support category last season and at the midway point of the campaign he was well on course, vying for the MINI Challenge points lead.

While securing two race victories, six other podiums and three pole positions in qualifying, Smith’s bid went awry during the second half of the season – largely as a result of incidents not of his making, with four non-finishes attributed to errors by other competitors. Ultimately, he was an unrepresentative fifth in the championship standings.

Now, with just a week to go until the opening rounds of the 2018 championship over Easter weekend at Smith’s ‘home’ track, Oulton Park International Circuit, he is delighted to confirm his return to the MINI UK VIP Customer Team with his 265bhp MINI JCW.

“We were the only driver and team combination to consistently take the fight to championship winner Brett Smith last year”, said Rob, “But for some unfortunate non-finishes, not of our making, we would have taken the championship down to the last round. That’s the way motorsport works sometimes, but this season I have only one goal in mind – winning the title.

“My aim is still to enter the BTCC [British Touring Car Championship] in 2019 and winning races in such a strong, competitive and highly regarded championship as MINI Challenge will hopefully attract the sponsors I need to progress.”

Smith, who away from his motor racing exploits works as a Body and Trim Engineer for Bentley Motors in Crewe, will be backed for his 2018 bid by long-term partners BMTR Tyre Specialists, CarTyreStore and Spark Motorsport Promotions.

Expecting a bumper grid of more than 30 cars, one of the few national categories able to rival the Dunlop MSA British Touring Car Championship in terms of numbers and strength in depth, the MINI Challenge looks set for one of its most competitive seasons ever.

With last year’s title winner having graduated into the BTCC, many aspiring professional drivers have identified the MINI Challenge as the best route into the upper echelons of touring car racing and Rob certainly aims to try and continue that trend.

Rounds one and two of the 2018 MINI Challenge JCW season will be contested on Easter Monday, 2nd April, at Oulton Park as support to British GT with the championship then visiting Rockingham, Snetterton and Silverstone GP Circuit before a return to Oulton in July for the annual ‘MINI Festival’.

Heading to Brands Hatch Grand Prix Circuit in August, where the MINIs will support the UK round of the DTM German touring car series, the category returns to Kent for its very next event – the second MINI Festival of the year – before reaching a conclusion at Donington Park on 22nd/23rd September.

Any partners interested in supporting Smith’s MINI Challenge title bid, and his plans for a move into the unparalleled BTCC in 2019, are invited to visit www.robsmithmotorsport.com to find out more.